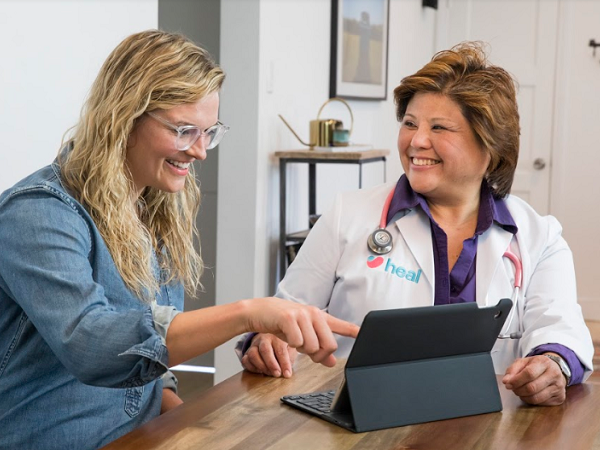 The idea of doctors making house calls feels archaic, like something that happened long before any of us were around. That isn't actually true, though; in 1970, almost 50 percent of primary care was still being delivered by doctor house calls.

So what happened? According to Nick Desai, co-founder and CEO of Heal, it was a result of employer-based health plans, which required charting, coding and billing, as well as IT infrastructure.

"Ironically, computers, which were supposed to make the lives of doctors easier, actually made them harder. Between 1990 and 2015, the number of doctors practicing primary care in America as a percentage of population increased exactly zero percent. In the same time period, the number people working in healthcare administration, billing and collections increased 5,500 percent," he explained.

As a result, doctors needed to see more patients, and even more time on the coding and billing, to the point where they only see patients for seven minutes at a time.

That is why Desai and his wife, who is also the company's Chief Medical Officer, founded Heal in October 2014 with a vision of "transforming the American healthcare system by reestablishing primary care as a gateway for improved outcomes and cost controls."

The company, which allows patients to schedule house calls with their doctor, is taking the idea of creating a connection between doctor and patient even further, announcing on Thursday the launch of its first telemedicine service, which will supplement those house calls and allow for more interactions.

Part of what Heal does, Desai explained, is to "rehumanize the doctor/patient relationship by putting doctors in the patient’s home and delivery high-quality, primary preventative and urgent care for patients of all ages, from cradle to grave, through doctor house calls."

Doctor house calls are obviously more convenient for the patient, as they take away the hassle of going to the doctor's office, sitting and waiting to see someone, but the benefits go beyond that, as they give doctors unique access to the social determinants of health, which are often cited as the biggest factors when it comes to how likely people are to get sick.

"These are factors that we're talking about more and more now, like the fall risk, the mildew, the allergens, the food insecurities, and, most importantly, what's in the pill box; if you go to the doctor's office they ask you what medications you take, and people try to guess and they hope they get it correctly but the average person with three chronic conditions in America, which is 100 million people, is on seven or more daily medications. They're never going to get that right," Desai explained.

"Our doctors can say, 'Show us your pill box,' and see what medications people are taking that they should be, what they shouldn’t be, etc. Through that we can create a much more comprehensive, personal, precise and proactive care plan."

Doctors on the Heal platform are able to spend 35 to 50 minutes with a patient, which allows them to potentially catch problems that doctors in a clinical setting, who have much more limited time with a patient, might miss.

To date, the company has delivered 110,000 house calls which have resulted in $68 million in healthcare cost savings, while reducing unnecessary trips to the emergency room and urgent care by 71 percent. It has also reduced unnecessary or duplicated medications by 39 percent, and hospital readmissions for seniors by 28 percent.

While launching a telemedicine service might seem antithetical to Heal's mission of creating a stronger bond between patient and doctor, as it takes away the in-person touch that the company says is so important, that's actually not the case, as the company is making the telemedicine part of its service supplemental to the doctor house calls. That means that only returning Heal users, those who already have a relationship with a doctor, can then access their doctor via phone or video. This allows doctors to provide follow up care without the need for another in-person visit.

"Telemedicine, in our world, is an extension of that very personal doctor/patient relationship," Desai explained, while noting how that type of attitude is not often seen in the other telemedicine services that are currently being offered.

"Telemedicine is a bad word, unfortunately, because it typically conjures images of you calling and talking to a random provider by phone, with someone who has never met you, who’s in a different state, who you have no control over picking, that doesn’t know your health history. They will do one of three things: either say, ‘Go see your doctor,’ or ‘Go to the emergency room,’ or, ‘Here’s a prescription.’ They’re over-prescribing medications and under-diagnosing patients, they have no ability to conduct a physical exam, and that’s the context of what telemedicine has become," he told me.

Heal, on the other hand, works in a different context, one where the doctor and the patient already have a relationship, and the doctor has seen the patient in person so they know each other well.

"They spend 45 minutes with you, they gather your entire health history, they do diagnostics, they draw your blood, they run your labs, they’ve seen your pill bottle, they know your fall risk, they know the mildew. They put all that stuff together and create a care plan," Said Desai.

Doctors and patients can connect via video, or through a regular phone call. While any patient can connect to a doctor through the telemedicine service, for patients with chronic conditions, the company will install the Heal Hub, a remote, chronic vital sign monitoring technology. which will report things like blood pressure or blood sugar to the doctor in real-time.

"The result of that is that the doctor, who has seen you and knows you, can now proactively contact you, and say, ‘Your blood pressure is high, have you taken your medications today?’ The result of that is you don’t faint from having high blood pressure or low blood sugar, you don’t end up in the hospital or falling down the stairs, the doctors reminds you to take your medication and you take it, or they come to your house to treat something more serious," said Desai.

The telemedicine service has been something that Heal has been looking to implement since the company was founded, in part because of inefficiencies that Desai has been in how care is currently being delivered to patients.

"One of the things that we think is wrong with the American healthcare system right now is now there’s this rise of urgent care and Minute Clinics and telemedicine and Your Doctor and all of these different ways to get care. One of the problems with that is that the person least qualified to pick how they should get care is a patient when they’re sick," he told me.

"Imagine your kids are sick, or your parents are sick; at that moment you’re figuring out if you should Google this, should you wait three weeks for a doctor, should you go to the urgent care, should you use a telemedicine service. That’s not a good idea; patient care should not be siloed by the modality in which it’s delivered. It’s a little bit like saying, ‘Amazon will only sell me books, but they won’t sell me DVDS or content.’ In fact, they sell me everything. In a similar way, our view is that your doctor should be available to you in all the modalities of care."

The company could only have built out this service once it had created those relationships between the doctor and the patient via the house calls; now the the company is abl to use telemedicine as a way of extending that preexisting relationship.

"Patients love it because they feel connected to their doctor all the time. If they want the house call they will get it, if they want a quick answer they will get it. The most important context of the telemedicine that we built, and no other service does this, is that your doctor will call you. It’s knowing that your doctor is looking at your vital signs and caring more about your health than you do, so you can spend more time being well, and less time getting well."

What's next for Heal

Now that Heal has launched its telemedicine service, along with the Heal Hub, and now that it is able to see all 50 million Medicare patients, thanks to a regulatory change in January of this year, going forward the company will "focus more and more on coordinated, comprehensive and proactive primary care."

That includes going deeper with machine learning, and using that to help doctors make better decisions.

"It's taking all the patient’s historical health records and data, along with machine learning, and saying to a doctor, ‘Make sure you check for this.’ We’re not replacing the doctor, we’re providing them with decision support," Desai said.

That's the short term goal; in the longer term, say the next five to 10 years, he sees a fundamental shift coming in how care will be delivered, with the doctor's office becoming as obsolete as the video store or the toy store has in the last few years.

"That is the fundamental vision and the result of that will not just be a tectonic shift in where people get care, but the quality of care. The ultimate vision of Heal is to disrupt primary care and reestablish it as a gateway so that we move much more from a sick care system in America to a preventive care system. The primary care doctor relationship is the most effective vehicle; every dollar invested in primary care delivers $13 of cost savings down the line in total healthcare costs. That’s market data. We want you to see your doctor more often, we can want you to interact with your doctor more often, we want them to be more integrated with your life, and we want them to know things that help them create a care plan in the context of your life," said Desai.

"The value of this kind of primary care is to dramatically alter the doctor/patient relationship, and to reestablish primary care as what it should be." 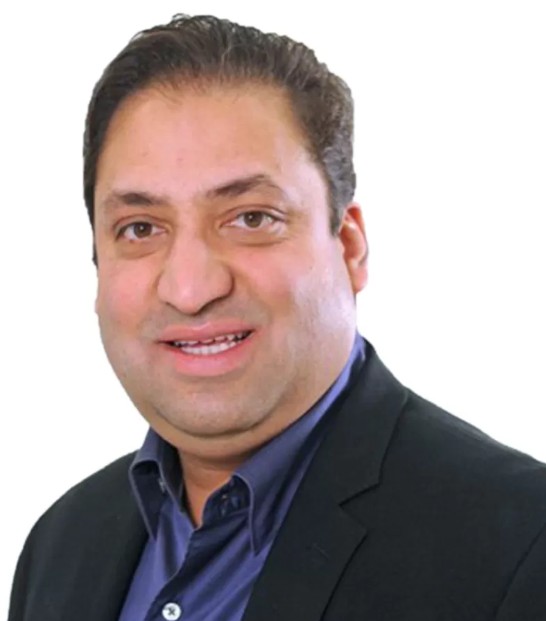 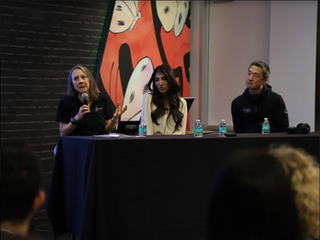