Our skills are opposites, but they meet in the middle with our shared empathy and dedication

If you read through our popular Meet the VC series, which profiles hundreds of VCs, you’ll see that an overwhelming majority say the founder and his or her founding team are the biggest factors they consider when investing in a company.

Many want to find that soft skill that’s often not reflected in a resume. For instance, VCs always look for founders who are “resilient” “intuitive” and “courageous.”  At the same time, they want to find teams that work well together and complement one another. Team dynamics can make or break a company.

In this series, we’re profiling startup founding teams. We want to know why they chose to work together and why they work so well together.

This week's startup teams profile is Retail Zipline, a communication and execution platform for retailers. Retail Zipline helps headquarters streamline and coordinate communications with the field in a way that makes store teams happier and more productive. The company's goal is to improve the lives of one million retail employees by 2025. The platform is already being used by leading brands such as Lush Cosmetics, BevMo!, Cole Haan, the Lego Group, TOMS, Torrid, Lumber Liquidators, and others.

The company was co-created by Melissa Wong, a former Old Navy Communications Manager, and Jeremy Baker, a former engineer at Yahoo.

Melissa was motivated by her own experiences after seeing execution failures happen between what was decided at the corporate level and was eventually executed in store. During her career, Melissa specifically focused on how to achieve consistent execution in stores by enabling organizations to move faster through engaged & inspired field teams, communication best practices for HQ and field operations, and developing technologies and processes in response to business goals, field feedback and industry pressure.

Jeremy thinks retailers often struggle with consistent execution in stores so they created an easy to an adopt communication framework that helps them reduce mistakes, increase execution, and deliver an in-store experience that drives brand growth. Before Retail Zipline, Jeremy founded SupporterWall, an online fundraising tool that allows people to showcase their supporters. He also co-founded Mighty-Hive. Mighty-Hive is an enterprise software startup focused on Consumer Marketing Automation, staffed by veterans from Google, Salesforce.com, and Yahoo!

Retail Zipline yesterday announced earlier this week a $9.6 million Series A led by Emergence with participation from Serena Williams through her venture firm, Serena Ventures. 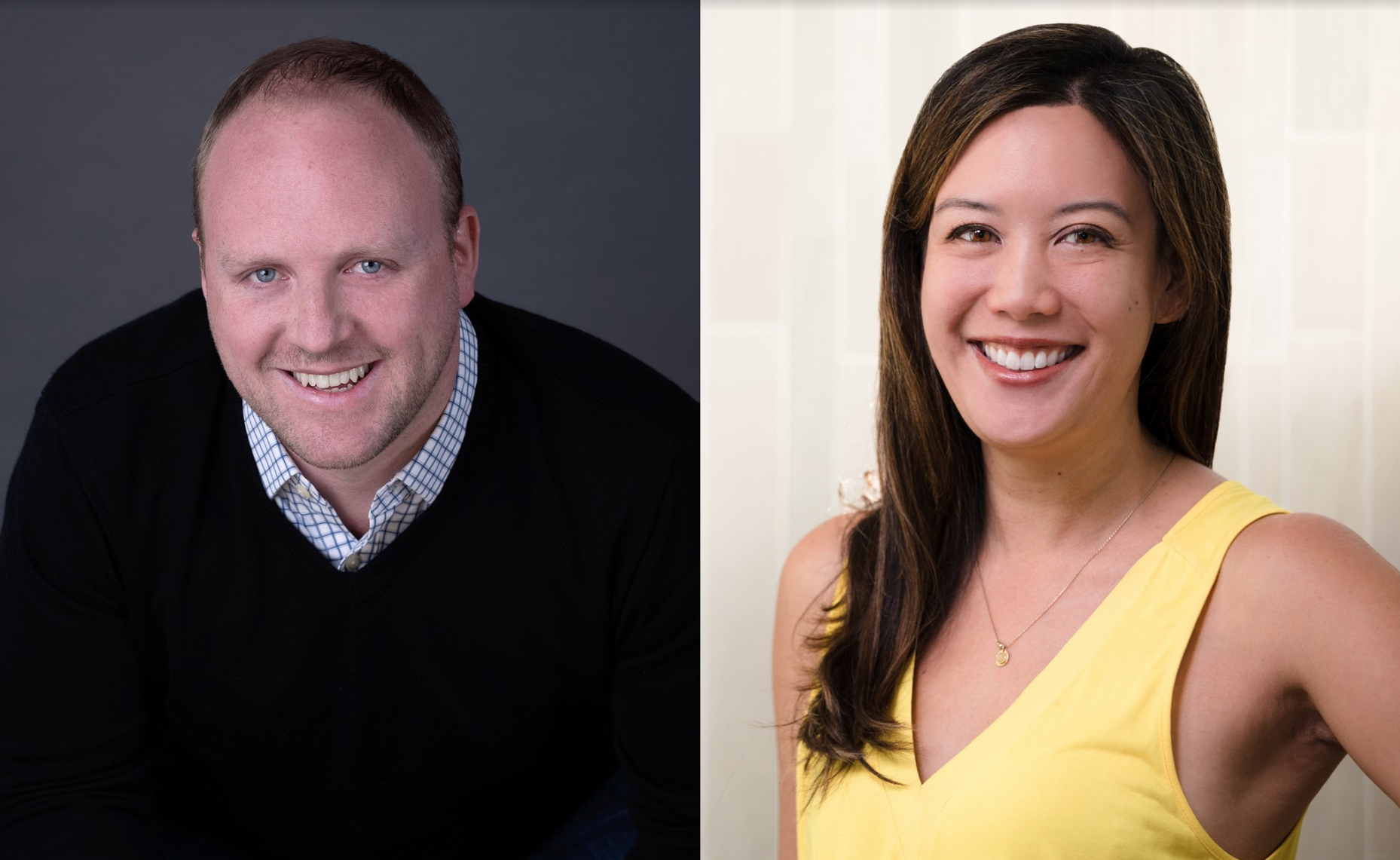 VatorNews: How did your company come together?

Mel: I launched my career working as a store communications specialist at Old Navy. My job was to write and develop communications and programs that drove sales for key events and time periods. Over my ten years at the company, my role evolved to focus on making sure that stores understood and executed all the various initiatives that HQ came up with, from merchandising to marketing to promos.

It was a constant battle to make sure HQ’s objectives were being met, largely because there wasn’t a clear way to see if stores and their retail associates were doing the things we were expecting them to do. We were sending out weekly newsletters, email recaps and manually hyperlinking a PDF calendar for stores to understand what they needed to do each week. It was a mess and ineffective.

In four different communication evolution initiatives, I sought out conversations with hundreds of store teams. They told me what would help them ensure better execution. Doing drive alongs with District Managers and hearing the pain-points of HQ, I looked to the best practices of other companies to see what they were doing. But, it turns out they weren’t doing anything different than we were. I told a friend about my struggles, and he introduced me to a friend of his who was a repeat founder and an amazing engineer. I’ll never forget what he said to me: “Why don’t you stop complaining about it, and do something about it.”

That person was my incredible co-founder, Jeremy Baker. Jeremy has been involved in web design, online product development, and technology startups since 1997. With his background at Yahoo! and MightyHive, I knew that he could catalyze the success of our company's launch and development.  Jeremy saw the untapped opportunity in retail software so together, we launched Retail Zipline, which is the leading communication and experiential execution platform for retailers today.

VatorNews: What are the complementary skills you each bring to the table?

Mel:  Right away, Jeremy and I clicked. We both had a deep knowledge of the retail industry and where it’s going. Even more important, Jeremy and I both had empathy for the retailers and their tech teams based on our personal experiences. We put people first and have been called servant-leaders, but we’re also wired for sales and execution.

Jeremy: So many of our skills are opposites, but they meet in the middle with our shared empathy and dedication to solving real problems for real people. Melissa excels at consistency while I excel at reacting quickly. Melissa can articulate retail pain points and I can translate them to technology. Our different viewpoints allow us a 360-degree view of the problems we encounter, and we can trade off based on who can best tackle the issue.

VatorNews: What are the characteristics/qualities you look for in a founding partner?

Mel:  I knew I needed a co-founder with an engineering mind to complement my skill set and someone who was a good communicator. Most importantly, I was looking for a founding partner with similar values. I wanted someone who could help set the vision for how we’ll make an impact and stay motivated to that mission when the going gets rough.

Jeremy: I look for someone who is amazing at something that I'm not and who is passionate about solving a problem that I also believe in. With Melissa, I found someone who understands the pain-points retail employees face and how to solve them more than anyone else in the world. She is deeply passionate about improving the lives of retail employees and has a clear vision of how to do that. I also look for someone who has patience and grit. Founding a successful company is a long, bumpy road and you need to be able to weather storms.

VatorNews: How do you make sure you don’t get on each other’s nerves?

Mel: For me personally, it’s important to get sleep and exercise to make sure I’m balanced. Jeremy and I have also been intentional about getting to know each other outside of a work context so we’re able to understand each other’s point of view. We have a mutual understanding that we’ll support one another and make each other feel appreciated.

Jeremy: Like any threat, instead of being worried about it happening, we recognize that it can happen and work together to de-escalate it. We spend time together as friends, we work to understand each other, talk openly about our frustrations, and always keep in mind that we're both coming from a good place.

VatorNews: What are some lessons learned about working together?

Mel:  There are SO many lessons we’ve learned from working together. We’ve gotten better at communication. We understand that it’s even more important when our opinions are different. We’ve learned to test a product so it’s incredibly effective -- discuss, ideate, and improve -- then do it all again. Most importantly, we’ve learned how to be, build and lead a team.

Jeremy: Working together has been a powerful journey for me and a lesson in empathy and communication. My prior experience consisted of strong opinions smashing against each other until a decision forms, which was a negative pattern for partnership. I've learned to spend more time understanding where Melissa is coming from and to bridge the gaps so that we can arrive at the best decision possible. Making this space has allowed us to confidently take major leaps with the company and resulted in a much better outcome.

VatorNews: What’s your advice about teams and founding partners to entrepreneurs looking to start a company?

Mel: If you’re looking to start a company, stay hungry and humble. There will be ups and downs so persevere and just ride it out. Practically, you’ll want to make sure there’s an opportunity in the market before you start -- it has to be better than a just a good idea. Recognize that your co-founder, team, and even customers have a huge impact on your culture and success, so be deliberate when choosing who to partner with.

Jeremy: I think starting a company should be a last resort. There are plenty of easier ways to make money off of a good idea. Once you've decided that it's the best way to bring your idea to life, then be very deliberate about your hires and don't hire too quickly. Do the work yourself as much as possible. Put in the time and effort so that you understand every job that's unique to your business. Then, make sure you don't innovate in areas that aren't relevant. Offload everything generic, follow every best practice, except in the areas that are truly differentiating to your customers. Also, be generous but smart with equity. Define your partnership clearly from the start so there are no surprises when success hits.

If you are interested in being included in Startup Teams series, join Vator and email your interest to kristin@vator.tv. If you'd like to be included in our Today's Entrepreneur column, please send me your Vator profile.

Stay curious, and understand the “why” behind the “no’s”

Be a servant leader; Stay calm and don't be hasty; Many things that seem urgent aren't that urgent

Retail Zipline is a SaaS internal communication and workflow solution that helps retailers optimize profitability and store performance. The core of the Zipline system is a hierarchy management and targeting system that supports the complexity of chain businesses but is still easy to use. On top of that, it builds a publishing system for information based on a game-changing import feature that customers absolutely love.

The company is able to distribute the information to the right people in the right time via the best delivery method, whether it be email, mobile apps, or third-party APIs. 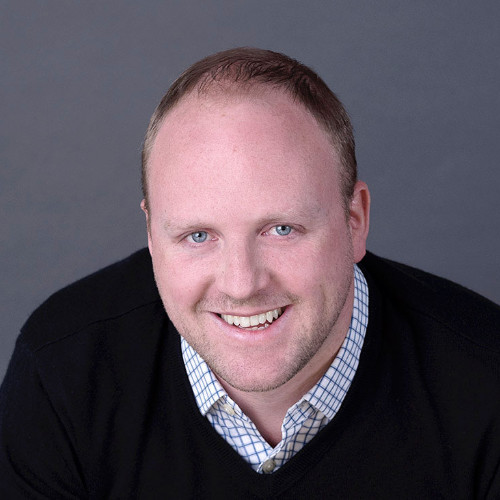 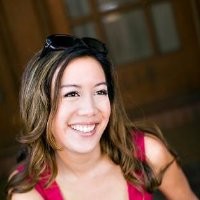 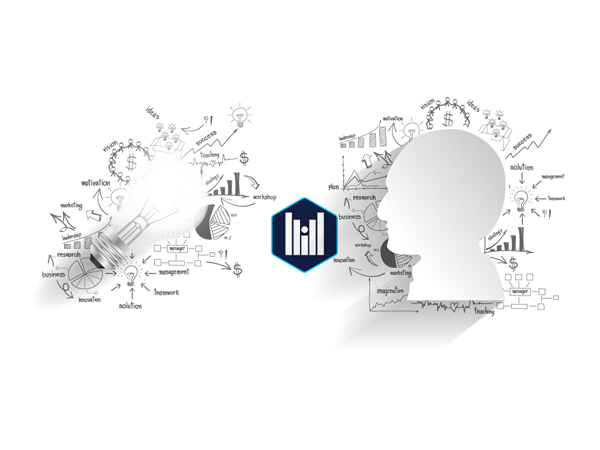