The leap of Contemporary Art

Contemporary art, in typical terms, is referred to the artworks produced after the 1970s.

The lively course of art, which existed in the Stone Age and is still in practice, have stood the test of time through countless progression and an inevitable thirst for evolution.

It is simply amazing to see how from the genre of wall art and cave art, humans have reached the pinnacle of contemporary style.

Whether you see an Indian contemporary art or observe the European’s representation of this style, there is obscurity and elegance mixed with a sense of an idea that is related to real-life experience.

Contemporary art, in typical terms, is referred to the artworks produced after the 1970s. However, this isn’t a complete definition. 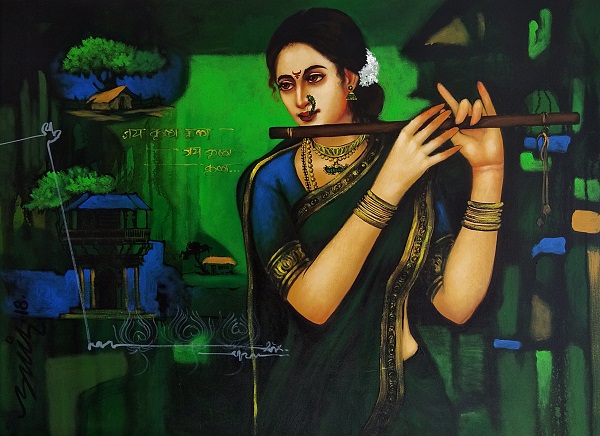 To understand what contemporary art form is, we have to first comprehend with the different stages of evolution that art took to reach where it is today.

The Succession of Art

The jaunt of art has been filled with several ups & downs and has been phenomenal in terms of how superbly have the mind-set and the perspectives of people have transformed regarding art.

For instance, it believed that a lot of cave paintings in India were the pure depiction of the mundane life routine of the people lived in those times.

Most of the cave arts display people hunting, dancing, and farming. At that time, art was made to document the daily routine of civilisations.

Moving, on, with the invention of written text, the purpose of art changed from documentation to an item of worship and celebration.

Artists now took art has a way of showing their devotion and joy.

With time, artworks become a luxurious commodity to hold and only rich could leverage the essence of art.

With modernism, people started moving away from the academic and traditional outlook of art. Artists were now more interested in experimenting with new techniques and produce obscure representations that could evoke emotions out of the observer.

For the first time, art came out of the shackles of standards and regulations and artists were free to craft whatever they wanted.

This freedom to express brought us one step closer to the true interpretation of art.

Contemporary Art – The notion of expression

Whether you talk about Indian contemporary art or contemporary pieces of western origin, one thing is common; there is absolutely zero focus on the end results.

You know that, right – The primary difference between modern and contemporary art?

Modern art provided artists with the freedom to experiment and come up with a vague depiction of unstructured designs, splashed out colours, and ferocious-looking motifs.

Even though experimentation was encouraged, the entirety of modern art was focused on the end result.

Contemporary art, on the other hand, offers a completely different perspective of art.

It doesn’t care about the end results. You may put up a pair of shoes in a football field and it can be regarded as a contemporary piece.

But how is this possible? There has to be some point where contemporary art makes some sense considering it is the latest evolved form.

Actually, the contemporary style of art encourages the idea of expression more than anything. As per contemporary art, if a person has an idea, an imagination or a notion, it doesn’t matter what the end result is, the piece will be valued for its conception.

This is the reason that so many contemporary pieces are so unattractive, hard to understand, and are often rejected as waste by people who do not comprehend the true meaning of art.

IMHO, one of the most influential movements that changed the course of art incredibly was the rise of modernism.

In fact, modernism is somehow also responsible for the rapid rise of contemporary as an art form.

Art before modernism was a rich man’s luxury. Hardly any common men were exposed to art and artists too didn’t have any recognition as such.

Everything changed with the industrial revolution that first hit France and then, entire Europe. With the Industrial Revolution, the middle class was born.

This filled the void between the rulers and the ruled ones with the middle-class segment. As the income of the middle class increased, more and more people started demanding exposure to artworks.

Impressionism, Fauvism, Cubism, and abstractionism were all the result of common men now involving in art. The idea of art being chained into the conventions was not appreciated and eventually, the trend of making figurative paintings became less prevalent.

So, yes, modernism actually unchained art from the traditional rules, which can be considered as paving way for the American, European, and Indian Contemporary Art.