M&A in mental health: why is it happening and is it good for the space?

Companies like Joyable, Lantern and myStrength have all been acquired in recent months 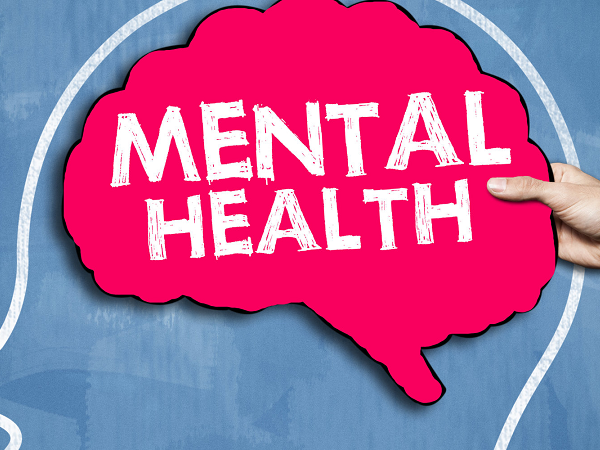 During Vator and UCSF Health Hub's first salon of 2019, called The Future of Mental and Behavioral Health, VCs, innovators and adopters (payers/providers) discussed how mental and behavioral health startups are creating solutions to help those suffering from mental health conditions.

One of the aspects of the mental health space that came up multiple times during the event was the consolidation happening in the industry. In March, Joyable, a solution for overcoming social anxiety, was bought by AbleTo, a provider of technology-enabled behavioral health care. Before that, Lantern was bought by Spring Health, after ceasing operations last July; the company signed a perpetual license deal to add Lantern's digital therapeutic technology to bolster its own behavioral health platform. And, in January of this year, Livongo signed an agreement to acquire myStrength, a provider of digital behavioral health solutions.

Francisco brought up what she called "light touch" companies, such as Calm, a $1 billion company, which she said, "isn’t really addressing the more critical mental health conditions," but apparently is so easy and simple to use that it's getting adoption.

“It’s super light touch; it’s totally dumbed down; it’s totally mindless; but it’s useful to the broad public [everyone needs some calming time]," she said. "Yet, at the same time, we’re seeing companies like Lantern and Joyable and MyStrength consolidated. They're the ones offering the more hard CBT (cognitive behavioral therapy), validated type of products."

Her question to the panel therefore was: Given Calm's traction, and acquisition of more complex apps, is the light-touch ubiquitous application of Calm the right Trojan Horse model to get the most adoption from which more serious mental health problems can then be screened and addressed?

Dubey also asked whether consolidation could be due to the products just being ineffective or not given enough time to bake.

Borden was the first to answer, noting that, to Cigna, it's not an "or" situation but an "and."

"At least from the way we think about it, it’s not and or, it’s not a light-touch or a clinic hub or a diagnostic. And I think that’s a really important piece," she said.

"We’ve got 14 million customers who access out behavioral healthcare, they all need very different things, and so it’s actually how do we take the best of all of them to bring it together. So, I don’t think I can dismiss the light touch or say, ‘It needs to be in exchange for another.'"

Francisco asked for the investor insight into the question, to which Morgan answered.

When it comes to consolidation, he noted that a lot of companies don't work out, and that doesn't necessarily have to do with the space itself.

"These are very high risk endeavors, and so lots of them aren’t going to work out. I don’t think that’s necessarily signaling, there are lots of companies that try to e-commerce companies, there’s only one Amazon," said Morgan.

"There are still opportunities out there; just because companies haven’t succeeded doesn’t mean there aren’t breakthrough opportunities pending. These are just generally true things, I don’t think they have to do with mental or behavioral health."

Francisco responded by comparing some of the mental health apps on the lighter weight side to the weight loss industry, to which Morgan replied that that doesn't mean they won't change and evolve over time to do other things in the mental health space.

"Lots of companies start out doing one thing and then stack on. Sticker sold a couple of bone saws and now they’re a multi-million dollar medical device company. If someone came in and said, ‘Im going to build a bone saw as my company,’ I don’t think many Silicon Valley investors would be very enthusiastic about that model, but you can’t predict the future and they had a certain trajectory that wasn’t super fast but you don’t know," he said.

"If you build a user base that loves your product there’s a lot of places you can take that. So, I wouldn’t underestimate where people can take their companies that look modest now and I’ll return to what I said before, lots of companies look shallowly linear that are actually at the leading edge of an exponential."

Dubey then asked how Morgan advises companies he invests in on whether they should continue, pivot or allow themselves to be acquired.

"How patient are you with your companies?" she asked. "What are the outcomes and questions you ask in your board meetings?"

"We have the strongest record at CB Insights for follow-on investment, and we’ve invested in lots of technologies in spaces like energy and Rocket Labs that do take a long time. There’s kind of a minimum size to even be market viable, so some of these things that are trying to be profoundly disruptive can take quite a long time. So everything is very context dependent on the individual team and space," Morgan responded.

NEA's Wu backed up what Morgan had to say.

"If you look at our portfolio, what we think is representative of that trend is, our average hold appear in our technology portfolio is four and half years, our average holding period in our healthcare IT portfolio is 10 and a half years. So it’s more than double, so we understand that in certain instances it can take much longer to build a true transformational company in healthcare because of all the different existing stakeholders that are there."

Francisco started the panel off by asking Leidner what he believes he did right, and why others stumbled.

"Maybe it’s not where they stumble it’s just that it was a lousy product or they didn’t have the right business model to get it out to commercialization," she said.

Leidner said he believes that companies in the mental and behavioral health space fail for three reasons: their product doesn't scale, their engagement isn't there or they don't have a good go to market strategy. That's why Happify started with tackling the engagement part of the equation.

"Prior to this company, I was the founder of a pretty large casual games company and it really kind of entertained and got people addicted to the dopamine enhancing loops. 60 million monthly uniques on our platform and, at that point, I realized it we can get people to do what we wanted with regards to gaming, what if we dosaged down that dopamine loop and married that with interventions to help people live better," he said.

"There’s no shortcuts; years of optimization, four million users, before we even dared to start conversations with payers, with employers. Ultimately, we are holding the belief that software has a very important part of equation. It’s not going to be the only solution, I’m a big believer in cross competing, multi-tier ecosystem of solutions, so we want to be the software solution that is the best."

Borden once again tackled this topic, noting that, when it comes to the scalability and commercialization, one of the challenges Cigna faces is, "a lack of understanding of all the stakeholders that are actually impacted, especially if you want to start working with a payer."

The second problem is not having a good enough business model.

Ultimately, though, she sees acquisition as a potentially good thing for the companies and the space.

"Whereas, some might say, ‘Oh, actually the acquisition, or however you want to describe it, of those companies is a fail.’ I actually feel like they are better positioned as a result. It’s ultimately that combination of bringing the mind and body together that becomes really important; I look at what they’ve done now and I go, ‘Now we’re really starting to get into something super intriguing when you start combining them.’"

Cognoa is developing AI-based digital diagnostics and personalized therapies that are designed to make earlier diagnoses and effective treatments available to more children to improve outcomes and lower behavioral healthcare costs. When more physicians are empowered to identify and begin treating behavioral conditions and developmental delays earlier, more children have the opportunity to benefit from treatments at a younger age when there is the greatest potential for improved lifelong outcomes. Cognoa currently provides the Cognoa Child Development app via partnerships with employers, payees, and ABA therapy centers to empower parents and caregivers to better support their children’s unique behavioral health and growth. Cognoa is working on the development of a Diagnostic Device intended to aid healthcare providers to deliver a diagnosis of Autism Spectrum Disorder for children at risk for developmental delays. Cognoa intends to seek FDA review and clearance that will allow the company to support diagnostic claims with robust clinical data. 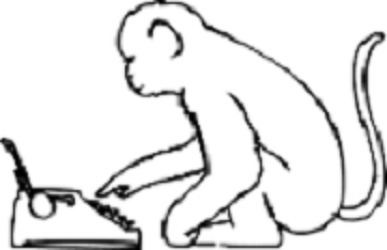 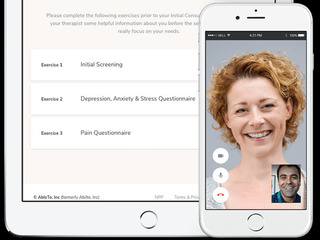