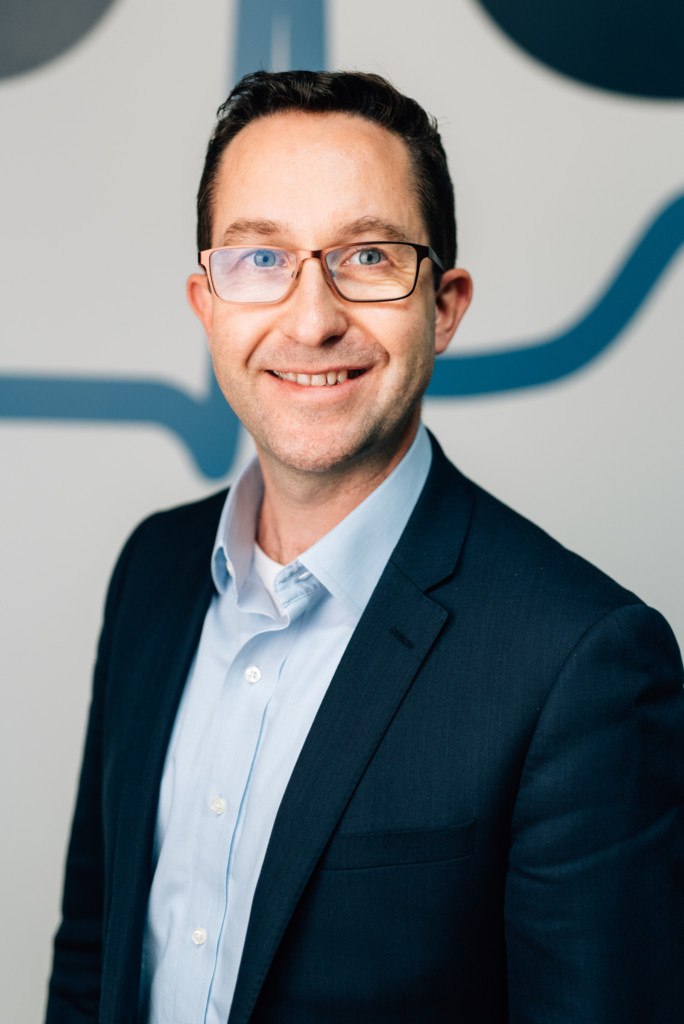 B-Secur is a biometrics company that uses EKG biometric authentication technology for user verification and advanced physiological monitoring for health and wellness applications.

The Northern Ireland-based company announced last week that it received 4£ million in a new funding round from a syndicate of leading UK and Ireland investors including Accelerated Digital Ventures (ADV) and Kernel Capital. This round brings the company’s total just short of 11£ million.

I had the chance to interview Alan Foreman, CEO of B-Secur to talk health and wellness in the 21st century, B-Secur’s next steps, and the future of biometric technology.

What led to the creation of this company?

Prior to this life I was corporate. I headed up the health practice for Accenture (a technology and consulting business) in the UK, and I spent a lot of time in the US and the Far East. I came out of the business five years ago to pursue B-Secur, which was a fledgling project.

The formation of this company was a medical one. For many years, scientists and medical professionals have understood that everyone’s heart beats slightly differently. Specifically, one’s electrocardiogram (or EKG, as you guys call it in the US) is unique to each individual.

Only recently are we in a position to capture that and to make some sense of it. The first generation of biometrics is out there in the form of facial, fingerprint, and voice recognition, and they’re what we call external biometrics (because they’re external to the body). They’re convenient and secure, but they’re static. That is to say that first generation biometrics like one’s fingerprint will be the same today and tomorrow, while one’s heartbeat will be different today and tomorrow. However there is an underlying pattern that is unique to each individual.

B-Secur is a software-only company that has developed 9 core algorithms for biometric authentication that we supply to semiconductor chip manufacturers, who in turn sell through their channel partners to automotive and wearables manufacturers.

We started four years ago and now have 35 scientists and engineers and a small sales team, and are planning on expanding to a new office in San Francisco.

What are some applications of this technology?

We can tackle real world problems by putting our software in other people’s technology, whether in steering wheels, phones, wrist worn devices, and even clothing!

Our technology is also in a shirt that can be used for live heart rate monitoring at home for patients who have recently left the hospital, without the use of an expensive 12-lead EKG kit.

Which auto manufacturers is B-Secur currently partnered with?

I’m afraid I can’t reveal this until they commercially launch because we’re under NDA (non-disclosure agreement) right now, but we are currently working with some higher-end car companies that are major leading brands leading the way in innovation.

Interestingly, earlier this year when we were promoting the launch of HeartKey (our suite of algorithms) at the Consumer Electronics Show, we found that American car manufacturers are a bit behind on innovation compared to heavier spenders in Europe. We’ll be at Car HMI (Human Machine Interface) in Detroit in April and hope to gain more traction with American car companies.

European car manufacturers are using our technology not only for user authentication but also for improved driver health and safety. Drivers will get an alert if they are overly fatigued or stressed for a long period of time.

We talked to Microsoft earlier today, and learned that 17 percent of their workforce is off due to stress-related causes at any given period of time. This is a huge cost to the corporation and provides another example of how technology that alerts people of when they are stressed and need to do something to combat that stress represents a huge opportunity for enterprise.

How many companies is B-Secur currently working with?

We currently have four license agreements. I can’t use names because they are all under NDAs, but there are two semiconductor manufacturers, an automotive manufacturer in Europe, and a wearables manufacturer in California.

We have many other clients with whom we have done paid projects, and these projects represent non recurring income for our company. If a company likes what it sees, the logical next step is to enter a license agreement.

What are companies paying to use B-Secur software?

Typically companies will want us to do a proof-of-concept project, and this can range from $25,000 to $50,000. License agreements start at $50,000 on the lower end. Another revenue stream for us in the future will be royalties from end-user customers, from car manufacturers.

What does the future hold for B-Secur?

The wearables market is shifting from fitness trackers to smart phones and smart watches as health and wellness devices. We hope to see our technology integrated into these products so that everyone can be well and can actually be in control of their health.

As I said, we currently are only selling software licenses to companies that wish to use our technology in their products. The long run future of this company may be that we venture into health data.

Currently the only data available of EKG heart data is from recording done after someone has had heart problems and gone to a hospital.

People driving cars with our technology in the future or using wearables with our technology are generating EKG data, and this will provide us with a wealth of new EKG data of healthy human beings (something that has never existed before), and this has ramifications for starting to understand how to manage health better across the world.

How do you foresee biometric technology changing the world?

The average American has access to 30 applications and devices. Passwords aren’t convenient anymore and first generation biometrics are almost past their sell-by date. I foresee that we will pursue what I call the Human Machine Interface; that is, rather than having 20 different technologies, we will integrate tech around the human being to make it simpler for us all, as it is fast getting out of control. We need convergence rather than divergence as companies come together rather than competing with each other.