The company has now raised nearly $1 billion in venture funding

It's likely that health insurance will not be at the top of most people's list of spaces making the most of technological innovations. There's good reason for that: insurance in general has gained a reputation for not keeping up with the times.

The latest to raise funding is Clover Health, which announced a $500 million Series E round of funding from led by Greenoaks Capital . This round, which brings its total raised to $925 million, will close in the coming weeks.

This is Clover's first funding round since it raised a $130 million Series D round in 2017. While that round had valued the company at $1.2 billion, there is no indication of the company's value after this latest funding.

"It all starts with our insurance model. We align with physicians by reducing doctor-insurer friction and increasing visibility into the health of each patient, leading to improved care. Our physicians are able to focus on people, not paperwork," the company says on its website.

In a blog post, Vivek Garipalli, CEO and co-founder Clover Health, said that the new funding "represents a recognition of Clover’s success in growing our core Medicare Advantage business as well as our ability to innovate and improve health outcomes for our members."

Specifically, the new funding will go toward growing Clover's presence in the state of New Jersey.

"This new round of funding isn’t just a strong vote of confidence in Clover Health. It also demonstrates our commitment to New Jersey residents and the innovation economy in the Garden State. We are part of the community in New Jersey, employing hundreds and providing popular insurance plans for the state’s most vulnerable inhabitants. As Clover continues to grow, so will our presence in New Jersey, as we reinvest back into the state with even more advanced care for our members," wrote Garipalli.

"In New Jersey, our provider network — comprised of health systems, doctors, and a full breadth of ancillary services — is arguably the broadest, strongest, and most comprehensive in the state. The hallmark of our partnership with providers goes far beyond routine insurance contracts; we support and offer the tools, data, and patient information necessary to ensure our clinical partners excel in providing the best possible care."

Garipalli also highlighted some of the company's growth, including a 35 percent increase in overall membership over the last year along with "continuously improving economic fundamentals have allowed us to build sustainably."

Even with that growth, Clover has struggled with profitability; the company lost $22 million in 2017, though that was down from a $35 million loss in 2016. The company lost $18.7 million in the first nine months of 2018. In addition, Clover also saw a shakeup in its executive ranks in 2018, bringing on a new Chief Technology Officer, Chief Financial Officer and Chief Operating Officer. In addition to the new funding it was also announced that Andrew Toy, who became CTO in March of last year, has been promoted to President and CTO, while also joining the board of directors at Clover Health.

Going forward, Garipalli wrote, Clover will use the new funding "to focus on growth, innovation, deepening our already strong ties with physicians, and improving the quality of care our members receive."

"Our goal has always been to improve every life; this is what drives our dedicated team of technologists and healthcare providers every day. We will keep our nose to the grindstone, focused on improving every single day and helping our members live long, healthy lives." 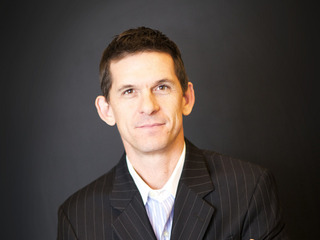