Some of the most important data is coming from claims and EHRs, and new sources like wearables 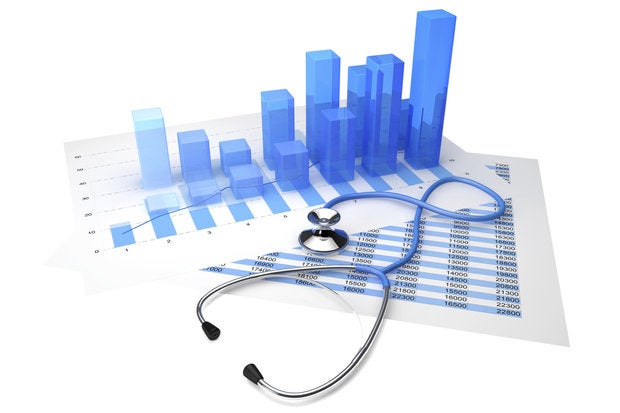 The era of big data in healthcare is still relatively new; it was only in 2009 that President Obama signed the American Recovery and Reinvestment Act (ARRA), which included over $19 billion for the implementation of EHR systems. Those systems were required to be in place by 2014, so it’s only been the past five years that health systems have had the opportunity to organize this data, let alone make sense of it.

It’s clear, however, that analyzing data to improve patient outcomes is a priority for the healthcare ecosystem as nine out of 10 hospital and provider groups surveyed said they are “actively” seeking ways to link data and analytics to care, according to market research firm Black Book. In the same survey, 88 percent of hospitals said they had quality improvements within six months of implementing clinical documentation improvement.

Of course, all of this is easier said than done. At Komodo Health, our mission from Day 1 has been to improve patient outcomes using big data combined with human and machine intelligence. It’s a goal we share with a number of large stakeholder types across the ecosystem. As we see it, big data is already having a meaningful impact on outcomes, but future returns will be exponential as long as we’re able to focus on the right data and overcome the knowledge and technology gaps that limit possibility.

The data that matters

There’s more data than ever flowing through the healthcare ecosystem. There’s 2.5 quintillion bytes of data created daily. To put this in scale, one quintillion is 1,000 quadrillions, which is 1,000 trillions. Some small portion of this data probably consists of random cat videos, but a large portion is related to healthcare data. With so much data coming in, from EHRs, wearables and other emerging sources, it can feel daunting to tell which data are relevant and worthwhile. How do you know which datasets should be prioritized to help patients?

“There’s two extraordinarily useful types of data in my business,” said Dr. Alejandro Reti, Chief Medical Officer at UnitedHealthcare (UHC) Optum Analytics. “One -- data generated from the administrative stream of clinical practice, i.e., administrative claims data, and two -- data from the clinical documentation process, i.e., mainly EHR data. We focus on these datasets largely because we have them: you look for your cues wherever the light happens to be,” he said.

Going forward, he sees new types of data that will be just as important, mostly coming from the patient side of the business.

“Over the last few years, the new non-traditional datasets we found to be most valuable have been, 1) information about social determinants of health and behavioral risks at the patient level, and 2) patient self-reported data about health status and outcomes, e.g., symptom control, pain control and functional status. Those are incredibly important because they align with a patient’s goals, which typically are to function at a certain level or to control symptoms of a disease.”

On the other hand, it’s oftentimes commonly overlooked pieces of data that are critical for getting the best outcomes for a patient, according to Vivek Garipalli, CEO and co-founder Clover Health, a San Francisco-based company using data analysis to improve health insurance for seniors using Medicare Advantage (the private version of Medicare).

“It starts with the simplest things,” Garipalli said. “The first step of consumer engagement is knowing the best way to contact them: cell phone or landline? Do they answer either? What is their actual address where they live? Who are their emergency contacts?”

Surprisingly, patients don’t often provide accurate information partly because the insurer has been perceived as the financial broker and not part of the caregiver system.

“A patient doesn’t normally think that their health plan is really trying to help them, so it’s not intuitive for them to care about giving you incredibly accurate information when they enroll,” Garipalli explained. “There’s a big part of it where a consumer just thinks, with plans, ‘I’ll call you if I need you.’”

“We’ve built a proprietary process around the linkage of data, but, more importantly, the cleansing and normalization of the data coming in,” said Dr. Reti. “We have a master patient index, a master provider index, a rationalized listing of encounters and what they were for. We are able to group them in useful ways so that we can analyze what’s happening and take advantage of that global view of a particular human being’s experience longitudinally,” Dr. Reti explained. “It’s incredibly complicated sausage-making, but the end goal is to get that high fidelity view of what is happening so you’re able to run an analysis across data from multiple different health systems and payers.”

Getting the right data is just the first step. Once secured, organizations are faced with the challenge of turning it into something useful. This requires a whole team of people who deeply understand healthcare, healthcare data, the possibilities that can be unlocked through technology, and the best approaches to turning linked data sets into actionable insights.

“When you think about clinical information, there’s so much clinical data in notes, in paper charts, sitting in unstructured fields and EHRs,” said Clover Health’s Garipalli. “There’s one school of thought where you just abstract everything to structure it all, but it’s hard to then really value each of those individual data points. It’s pretty vital for us to be able to assign values to various data points so we can continually prioritize where we make our investment in terms of data ingestion and abstraction.”

This requires the company to invest heavily in clinical informaticists, who are able to use machine learning to turn that data into something that’s actionable. The hurdle is that they’re in high demand.

“Recruiting data scientists who have an understanding of healthcare data has been a big challenge. Data scientists in general are already hard to recruit, but healthcare data is incredibly complicated and it really helps if you have someone who has some idea of what a diagnosis code is and isn’t, for starters,” he said.

Data is critically important, but it’s purely foundational; data is nothing without people who are experts in knowing what to do with it. And, there are only so many of those individuals to go around.

Even when you get the best data and the best data scientists, ultimately all of this is all for nothing without tangible results; it all comes down to return on investment (ROI), i.e., are the data and accompanying analytics improving patient outcomes or not?

Both Garipalli and Dr. Reti say they have already seen ROI from the data they have been able to collect and implement.

For example, Dr. Reti says Optum has been predicting hospitalization risk for patients with chronic conditions. The company used data to show that a clinical team-centric intervention for very high risk patients with heart failure reduced their hospitalization rates for heart failure by up to 50 percent and their total cost profile by over 20 percent.

In another case, Optum collected data for people with rheumatoid arthritis, using a quick screening that could be administered over the internet or on a traditional landline phone, since rheumatoid arthritis makes using a keyboard or a smartphone difficult.

“The purpose was to assess symptom control and then drive them to visit a rheumatologist to optimize their therapy, if they’re not being properly controlled. That program has shown remarkable engagement levels. We’ve got almost 70 percent of people opting in and then the great majority of them staying in over the course of two years and responding again and again,” Dr. Reti said.

Clover, meanwhile, has been doing a lot of work with genomic data, as finding one genetic variant can have a major effect on patient outcomes, Garipalli noted, which is why there are so many companies, like 23andMe, and even pharma companies, doing mass sequencing projects.

“We found that there is material ROI in pharmacogenomic testing, where 14 percent of the population has a major variant in the P450 cytochrome enzymes that are the most important enzymes in metabolizing medications,” he explained. “These variants necessitate sometimes different dosage levels and/or different medications to maximize benefits and minimize harms from drug treatments. We focused pharmacogenomics analysis on what we call our ‘complex care population’ that has, on average, about eight chronic health conditions, which also means they’re taking on average more than 15 different medications. That’s where a variant in drug metabolism could have truly adverse effects.”

What Clover Health observed was that up to 1 in 10 hospital admissions and ER visits are due to adverse reactions to medications. “Cost savings more than justify the collection of these samples. Now it’s really about mining and looking for other correlations to generate the most actionable information that helps patients.”

These observations are consistent with our experience at Komodo Health. Linking genetic data to years of longitudinal patient records enabled us to better predict which patients should be tested for a rare disease or are at risk for fatal disease progression. As a result, we’ve been able to shorten the cycle for patients getting diagnosed from months or even years to days, resulting in immediate improvement for patient outcomes.

At Komodo Health, we’ve encountered and successfully worked through many of the challenges cited by Dr. Reti and Garipalli. Our Healthcare Map, which utilizes AI and predictive analytics, shows what we call the “ground truth”, or a nearly real-time snapshot, of what’s taking place in the US healthcare system by bringing together billions of daily observations on 300 million patients in the US.

The ability for innovative companies like Clover and Optum to be successful in bringing big data approaches and machine intelligence to historically human-driven observations is facilitated by deeper, more comprehensive and timelier data on patients. It’s a mission we fully support.

Data itself can be life or death: it can speed up a patient’s diagnosis, personalize care to work better than the typical trial and error approach, or even catalyze new treatments altogether. The impact of more readily available “big data” is already being felt today, and this is only the beginning. As more patient-level data continues to become available to technology companies, the opportunities to help patients in a meaningful way will only continue to grow.  In our next piece, we’ll be discussing how artificial intelligence is transforming healthcare.

Co-Founder and President of Komodo Health 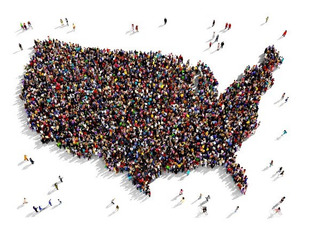 Will one company make sense of health data?