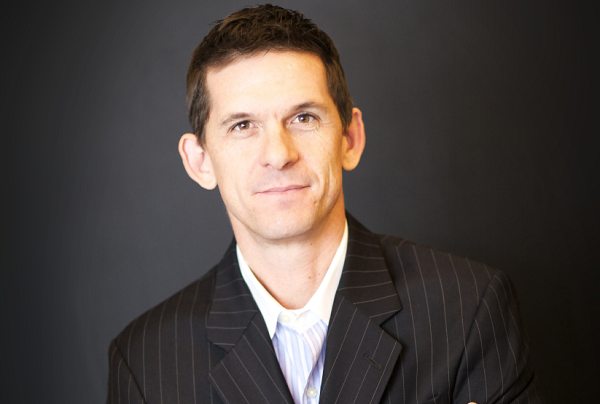 While tech has seemingly permeated all aspects of our lives, there are still some industries that haven't quite made the transition. Trucking, for example, was pulled into this century thanks to the ELD mandate, after spending decades still using paper and pencil. Likewise, the insurance industry has resisted the urge to automate, but that is finally changing.

The insurance industry also represents a big opportunity, given how multi-faceted it is, and all the different areas that a company can attempt to automate; take, for example, Limelight Health, which focuses on automating the employee benefits industry.

The company offers medical and ancillary carriers services such as quoting, rating, proposal generation, renewals, underwriting and enrollment support. The goal is to shorten sales cycles and improve turnaround times for carriers.

"The first thing that anyone ever needs when they start a business is insurance. Often, the next thing they say after they need insurance is, ‘I worked for HP or Google or Facebook for years and they paid for my insurance and this stuff is expensive.’ Or,’ I didn’t know it was this much work to put all this stuff together.’ Usually it’s really manual, this process is horrible," Jason Andrew, CEO and co-founder of Limelight Health, told me in an interview.

"One of the things that frustrated me is that it is a really, really bad process. We started Limelight to do our part to make it a better experience, everything from how you select plans to how you make better decisions. If you look at MetLife annual survey around employee benefits, it's 2018 and still 70 percent of Americans don’t understand what a deductible is. Stuff like that, this financial literacy, we want to do our part to help make a dent, whether it’s in helping costs come down or just making a better experience."

The end user for Limelight are the employees of a carrier, or the brokers they’re selling to, not the end user, though, by making their experience better, he does expect the benefit to be felt by the consumer.

"Ultimately, we think that if we can get this right, we will then be able to provide the employer and the employees with access which will help them make better decisions. Ultimately, 80 percent of all businesses have an adviser or broker and I don’t think they’re going to go anywhere, particularly in this industry, so if we can help them make better decisions, along with the underwriters who are pricing these products, and get better products out on the market, I think that ultimately will benefit the employers and employees who are the actual consumers of these products," he said.

The real benefit for Limelight's customers comes from how it automates these process, replacing the old, outdated systems that are currently being used by these companies.

"If we look at insurance carriers like United Healthcare or Principal, who led our round, and probably 90 percent of them, mostly they're using really old legacy systems or manual workflows, and a lot of it’s done in Excel. I couldn’t make up how antiquated the industry is, and so we’re trying to bring digital transformation and modernization to help that whole end-to-end process. When an insurer has a product, like dental, they have a broker who’s working with an employer who’s trying to help employees get that dental plan, we have an end-to-end modern platform that helps that be a better experience."

In terms of ROI, Andrew says the company can take a process that typically around seven to 10 days in turnaround time to be able to generate a product, quote that product and get a proposal out, either in near real time, or within a couple of hours.

While there are other companies doing something similar to Limelight, including Global IQX, Accenture and Ebix, there are a few ways that Limelight differentiates itself.

"The name Limelight comes from the idea that we out you in the limelight, so we white label and private label, and a lot of folks don’t do that. We’re not promoting ourselves when it comes to our customers, we want them to promote themselves," said Andrew. "Then a lot of the UI and UX that we have, having a modern platform is a big deal in this industry. The insurance industry has got the lowest MPS scores of anybody and I think the fact that we spend a lot of time really thinking about the user journey and the workflow has been received well."

Most importantly, though, is that Limelight's framework is built on an API stack, which means it's building out an ecosystem to connect different systems together, allowing it to cut down on redudencies and to allow its clients to get the most out of their data.

"A big part of our feeling is that the more siloed things are, the worse user experience is the fewer good decisions you can make. In the insurance industry everything’s about making the right decision. Do I have the right product? Is it designed correctly? It is priced correctly? Is there another product that would compliment this one for the end users? Right now, most systems, if you take any small employer, any carrier, any vendor, who is working in this industry, typically they’re using four or five or six systems and those are not talking to each other. So you have a tremendous amount of redundant data entry and you have a tremendous amount of time lost and you can’t capitalize how do I use that data to make better decisions?" he said.

"The more we can find those pain points, and build an ecosystem where we can connect these systems together, we reduce errors, we reduce the bad user experience and we start having data you can make better decisions on. This is done in all kinds of industries, but, for whatever reason, we’re still operating like it’s 1985 in insurance, so it’s not common to have this connectivity. We certainly haven’t solved it, but, by the way we architected things, we’re definitely in a better position to capitalize on it and help to drive that."

Limelight Health will use the new funding, in part, for product development. The company plans to develop more automation and enhance workflow, along with an underwriter certification program, as well as risk scores based on data sets for better underwriting.

"Seven percent of our GDP is related to healthcare in one way or another. If you think about group benefits generally, there’s a lot of waste that goes into it. CB Insights said about 25 percent of an insurer’s cost of business comes from about 40 manual processes. So if we can automate as many of these processes as possible, we think we can make a big dent in starting to bring down costs overall, in terms of the waste that takes place in the system," said Andrew.

For example, Limelight can, via its API, tap into a data set in real time to predict what someone's rate should be, rather than having them fill out a 10 page health application. It can also automate the way that quotes are received from carriers with machine learning, instead of having to manually send the email and then upload all the  documents.

"There are lots and lots of manual tasks like that that we are starting to look into and we’ll use that for R&D to begin to make it a substantially better experience," said Andrew.

The funding will also go toward expanding the copany globally; while Limelight currently only operates in the United States, Andrew believes that there’s applicability for the software in most countries. While there are currently conversations happening in multiple markets, the next stops for Limelight are likely to be Canada, Ireland and then the United Kingdom, in part because those are English-speaking countries, but also because Limelight's products are currently in line with that those countries require.

Finally, the funding will also go toward expanding the team, nearly doubling its current 110 employees with another 100. The majority of that will be in engineering, but Limelight is also hiring in operations, product and sales and marketing. In addition, Limelight is also building out its executive team; it recently appointed Pete Espinosa as Vice President of Enterprise Sales and Alliances, and is now looking for a Head of Product, a Head of Engineering and a Head of Finance as well.

In addition to the funding, it was also announced that Limelight has added two new members to its board of directors: Lerk-Ling Chang and Kara Hoogensen. Chang has worked for 17 years at Guidewire Software, where she is currently Vice President of Strategic Ventures, Corporate Strategy & Corporate Development Group.

"Her operational experience and her understanding of product in the insurance industry, even though they operate in property casualty, and that’s different from what we do in benefits, it’s very similar in terms of how she thinks about product. We’re thrilled to have Lerk-Ling with her experience, the way she views product and her track record of success. She’s been helping us think through that a lot," Andrew said.

Hoogensen, meanwhile, has spent more than 20 years at Principal Financial Group, which Andrew called, "one of the most respected insurance carriers in the country." She is currently Vice President of Group Benefits in Insurance Solutions.

"They’ve got a phenomenal culture internally with how they work and Kara just has a depth of passion and understanding of the small group employee benefits market that few people have. Having her perspective of how product distribution looks across the landscape, what small group employers are thinking about, and how a carrier thinks about digital transformation, is extremely valuable," Andrew told me.

Company culture is also important at Limelight, he said.

"We spent a lot of time working on our culture and values as a company. We work at hiring to them, managing to them. Part of that culture is, of our 110 people, we’ve got about 75 who work remote, and then everyone else works in one of our three offices, but most of our team is a remote team, so we look for great people, regardless of where they’re at and really focus on building a great culture. It’s something we’re pretty excited about."

In addition, Andrew noted that adding both Chang and Hoogensen will bring more diversity to the company's board.

"Having both of these women join our board has been just phenomenal. It’s something that we really value and we’re excited about."

The ultimate goal for Limelight is to be the equivalent what a Salesforce is to CRM or what Quickbooks is to tax preparation.

It all started in February 2014 when three employee benefits industry experts (Jason, Michael and Garrett) and one technologist (Alan) began to reimagine the employee benefits quoting experience. In January 2015, we released QuotePad,the first real-time small group health insurance quoting app native to iPad, in California. Our vision and team have quickly scaled and other ancillary products have been added to supplement our platform for real-time quoting Medical with Dental, Vision, Basic Life, Voluntary Life, Short-Term Disability, Long-Term Disability, GAP Medical, Critical Illness and Hospital Indemnity. Most recently, our Enterprise Carrier Solution has been released at the close of 2015 to allow end-to-end quoting from an underwriter to a sales rep, to a benefits broker that allows employers and employees to shop and compare the best options. 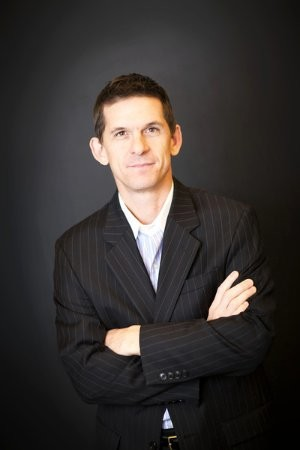