The Explorer.ai team will form the core of the mapping team at Standard Cognition going forward

The era of cashierless stores seems to be upon us. While many people might automatically think of Amazon as the pioneer of this technology, thought, the fact is that the company was actually beat to the punch in San Francisco last year, when Standard Cognition, an autonomous checkout solution, opened the first store of its kind in the city this past September.

Standard Cognition's platform monitors shoppers with cameras as they walk throughout the store, and then uses machine vision to know what people taking off the shelf in order to know what to charge them for. That requires the company to have a detailed and accurate view of the layout of the store in order to track customers and the items they pick, and so the company announced on Monday that it has made its first ever acquisition in order to enhance those capabilities.

The company acquired mapping and computer vision startup Explorer.ai, and while financial terms of the deal were not disclosed, it was revealed that, as part of the acquisition, seven members of the team, including founders Akshay Goel, Tushar Dadlani and Nagasrikanth Kallakuri, will be coming over to the Standard Cognition team.

The Explorer.ai team will work under Rob Ferguson, who recently joined Standard as Vice President, Engineering, and they will forms the core of Standard’s mapping team, Evan Shiue, Director of Strategy at Standard Cognition, told me. Goel is now Head of Internal Product at the company.

Launched in 2017, Standard Cognition allows customer pays one of two ways: either have the Standard Cognition app, or the retailer's app, which has their credit card on file. In the event that they don't have an app or phone, or if they want to pay with cash, they'd be able to easily pay with a machine as they walk out. In either case, no objects would have to be taken out and individually scanned.

All the data that is collected by the cameras is stored on a computer in the back of the store, rather than on the cloud. As there's no internet required to process the transaction, customers can check out anonymously and not have to depend on having a good internet connection to make sure their items are accurately counted.

Standard Cognition is currently in talks with nearly every major retailer, Shiue told me, and has signed contracts for pilots with four of them. With Explorer.ai’s technology, the company will be able to expand into other retail verticals, including large-format stores.

"Standard’s autonomous checkout solution utilizes cameras on store ceilings to determine what is in the store, the location of customers, and which items they possess. Indoor mapping is an essential component of this equation," he said. "This same technology is used for in-store mapping, significantly compressing a process that used to take hours down to just minutes. The new technology helps Standard map larger stores, allowing the company to expand into retail verticals rapidly."

The Explorer.ai team echoed similar sentiments in a blog post on Monday.

"Standard’s autonomous checkout solution utilizes cameras on the store ceilings to determine where people are, what’s in the store, and who has what items. Store mapping is essential to facilitate this technology. Explorer.AI’s technology will help to accelerate Standard’s store-mapping capabilities, compressing a process that used to take hours to just minutes. That means Standard can easily remap stores as needed, giving retailers additional flexibility in their store layouts to accommodate sales and promotions," the company's founders wrote.

"As it turns out, Explorer.ai’s technology is a perfect fit for autonomous checkout, a space that’s moving along at a rapid clip. We can have a big impact on Standard’s success, almost immediately. That’s what got us excited."

According to Shiue, there was a lot of interest in companies buying Explorer.ai, particularly in the autonomous vehicle space, where the company had originally been operating.

"Explorer.ai went with Standard because the team felt they could make a big impact quickly, much more quickly than in the autonomous vehicle space, which is moving very slowly by comparison," he said.

"We think Standard will become the autonomous checkout standard for retailers around the world, deployed in thousands of stores."

Standard Cognition has raised over $50 million, including a $40 million round of funding in November, from investors that include Initialized Capital, CRV, Y Combinator, and Draper Associates. Founded in 2017, Explorer.ai had raised an undisclosed amount of seed funding in September. 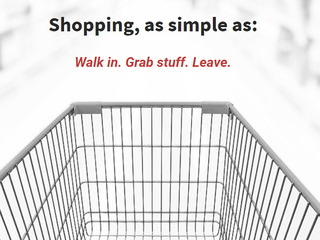 Standard Cognition raises another $5.5M for its autonomous checkout solution 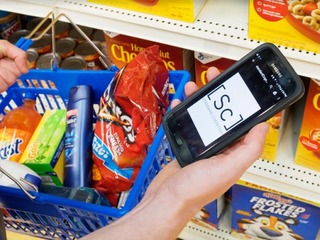