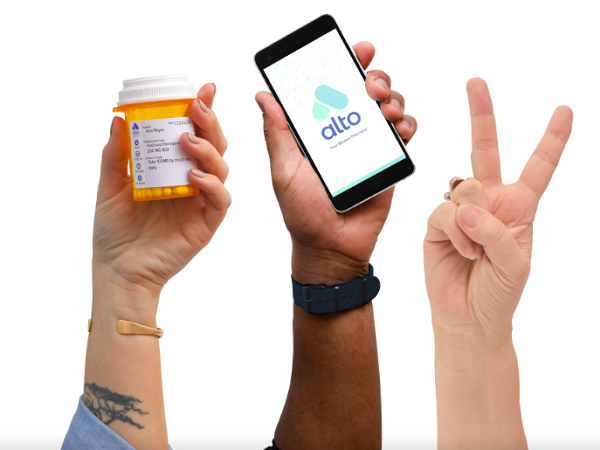 Medication is expensive, there's no getting around that. Medicare drugs are rising at 10x the rate of inflation, while, for every drug that saw cost go down in 2018 there were 96 drugs that saw prices go up. Even though insurance is often paying out a big chunk of the cost, people stil often simply cannot afford their often life saving drugs. It's an untenable situation.

This is not a new problem by any means, but at least now we're seeing some new solutions. As healthtech undergoes a major data and technological revolution, there have been a number of companies trying to solve these problems by making it easier for people to get their medications.

One of those companies is Alto, an online pharmacy that delivers drugs to a patient's doorstep, while also working with their doctor and insurance company to help the customer get the best possible price on their medication.

On Wednesday the company announced it raised $50 million in a Series C round. The funding came from Greenoaks Capital, Zola Capital and Jackson Square Ventures, bringing Alto's total raised to $73 million.

Founded in 2015, Alto offers not only a consumer facing product but also a provider platform and pharmacy management software, meaning it works with patients, doctors and insurers to make the entire pharma ecosystem run smoother. Its platform allows doctors to spend less time on administration tasks, while patients get same-day free delivery.

"People tend to equate Walgreens with any other retail store but it’s really quite a different model when it comes to pharmacy. You don’t have a customer buying something from a counter; you really have this complex coordination problem where you have your doctor ordering something for you, you have your insurance paying for that product for you, and then the pharmacy is trying to get everyone to agree on something. That really creates a very difficult experience at times for patients," Matt Gamache-Asselin, CEO and co-founder of Alto, told me in an interview.

Alto's solution involves three different components, the first being convenience, which involves its network of workers who deliver medication door to door.

“People tend to think of delivery as this cool, techy thing but, for us, having delivery enables a lot of our patients who are home bound to not have to wait for that one Sunday a month that their kids come and bring them to the pharmacy, which is actually fairly common. The convenience is a really great way to bring things to patients instead of having them go through the hassle of having them figure out how to get their meds," he explained.

The second aspect of the platform is education, where the company does a deep dive into specific  conditions, or therapeutic areas, "so that we can become clinical experts in those areas and specialize our product for those types of patients," Gamache-Asselin told me.

Right now those areas include fertility and IVF, HIV, dermatology, autoimmune conditions, along with diabetes and cardio, which the company only recently began exploring.

Finally, there's affordability, which Gamache-Asselin called, "the most interesting part of what we’re able to do and really a testament to the underlying technology that we’ve built."

“It’s quite strange that you can’t afford your meds when your insurance is paying so much of it. What we try to do is coordinate between the insurance and the doctor and the patient to get you a solution that will work for you," he said. That might mean, for example, getting the doctor to order another drug that's as effective, but cheaper. It might also mean getting the manufacturer to pay for part of a drug that's not covered, or maybe appealing to the insurance to get that drug paid for.

To date, Alto had saved patients $11 million through these programs. There are over 10,000 patients and physicians currently on the platform.

The new funding the company just raised will go toward supporting Alto's geographic expansion, allowing it to go beyond its current markets, which include the Bay Area, Los Angeles and Orange County. While Gamache-Asselin couldn't give me specifics about which markets might be next for Alto, he did note that the company has recently opened up a second headquarters in Denver, which will serve as the hub for its expansion across the country.

"What’s really fascinating about pharmacy versus almost any other consumable good is just how broadly used it is, and there’s surprisingly few variables between markets. Of course we’ll go after larger markets first because they’re lower hanging fruit, but, really, any city or town with at least 5,000 people in a 50 mile radius, which is kind of everywhere, is a perfectly suitable candidate for bringing our service to," he said.

Alto will also use the funding to broadening its expand to new therapeutic areas and to deliver new products. Right now there are 30 new areas that the company has identified, and five that is going to be exploring soon.

While there is plenty of competition in the online pharmacy space, most notably from PillPack, which was bought by Amazon for $1 billion this summer, what separates Alto from other others, Gamache-Asselin told me, is its holistic approach to healthcare.

"What we’ve hypothesized is that if we can really nail those core components, affordability, convenience and education, we can create something that doesn’t focus necessarily on how do you shave a little percentage off the overall pharmacy costs, but instead focuses on how to make patients healthier and how to affect overall healthcare costs. Pharma is actually a fairly small chunk of health, around 10 to 15 percent, and so by focusing on this end customer, the patient and their health, we’re able to affect the larger pool of capital allocated toward medical spend," he said.

When it comes to Amazon, specifically, while they may be great at delivering goods reliably and conveniently, he noted, there are differences between delivering drugs and other types of goods.

"When it comes to affordability, it’s not quite like buying an item off of a big list and you’re looking for the cheapest or the best reviews. It’s really much more complicated than that, and it requires a lot of coordination with these other third parties, and that’s what we focus on being extremely good at."

Gamache-Asselin really sees Alto as being bigger than just a pharmacy company, though he admits that that's the most obvious comparison people make.

"It’s really been a journey in building our platform that can integrate a lot of these different stakeholders and start driving better decision making. Whether that’s at the doctor’s office, at the payer or the patient level, we are empowering all those stakeholders to make the right decisions, instead of working in a silo. For us that’s meant being extremely focused on a narrow piece, which is pharmacy operations and even certain therapeutic verticals within that, but, as we scale, that’s really where the value comes from. It’s that integration of these stakeholders, and what we can do with the tech we’ve built to date," he said.

His ultimate vision for Alto is to be an integral part of the healthtech space, one that all doctors and payers use.

"It’s really about bringing the service to everyone and anyone that needs us. We work really hard to make sure our service and product is not catered to a narrow set of the population. We don’t want to create a service just for the tech savvy young population, we want something that works for everyone. We’re really excited about continuing to grow and share that with as many people as we can and also start to prove out that there is no doubt that using Alto provides you health benefits. We have a saying internally, ‘We want to make it irresponsible for payers and doctors not to be recommending Alto because it has such an impact on their patients.'" 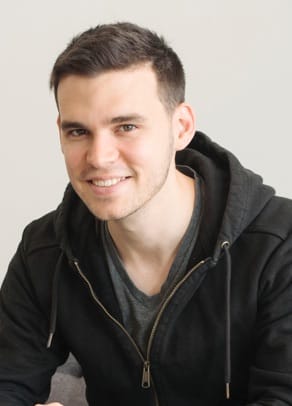