June.ai raises $1.5M to revamp the way we communicate 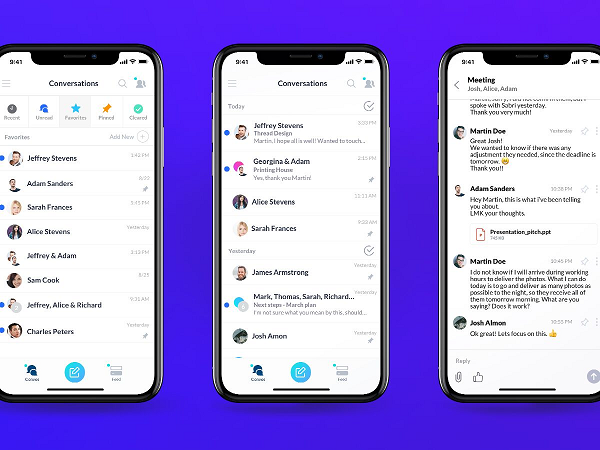 E-mail is like almost like a monster movie villain at this point. Much like Michael Meyers or Freddy or Jason, people keep trying over and over to kill it, but it seems like it will never actually die.

The newest company to try and take on that behemoth is June.ai, a company that launched into public beta on Thursday with $1.5 million in the bank from a group of strategic investors including John Suh, CEO of LegalZoom, and Marc Michel of Runaway Venture Partners.

Founded in 2016, the company tries to reimagine the way that users communicate by essentially reorganizing the way they receive messages based on each user's interests and priorities, as opposed to the disorganized nature of the current inbox.

"We started June because we realized that email was such a big problem in our day to day lives. It’s slow, it’s disorganized, it’s full of garbage and it just leads to a lot of stress. When we studied it, we realized that e-mail was invented over 45 years ago as a simple messaging tool between one computer and another. It wasn’t invented to be this online communication hub that we use for all our communication, it was never built for that," Allie Sutton, co-founder and CEO of June.ai, told me an interview.

"So, what we embarked on doing was to really challenge the foundational assumptions of how e-mail and the inbox works and to imagine and build a communication hub as if e-mail never existed. And we built this hub, but when we built it we made it backwards compatible with e-mail because the whole world’s on e-mail. The result of people using June is just a more efficient and enjoyable experience for people, in a place where they spend half their day."

"That’s how we communicate in the real world, right? Around people," he said.

"Instead of formal, long form conversations, and only being able to communicate in that fashion on e-mail, June is designed so that you can have faster chat-like conversations, but, at the same time, you can send long form messages. Instead of having no control over the people and companies that contact you, and a system and inbox that’s full of garbage and unwanted messages, June acts as a gatekeeper for you, so that you can improve, ignore, block any new person or company that contacts you. It’s completely new way of organizing and consuming information."

Rather than take an enterprise approach, where it would sell its product to companies who would then distribute it to their employees, the company has decided to make June a totally consumer focused app, at least for now.

Right now the platform is free for all users, ut company does have plans to eventually expand to a freemium model, and to also offer an enterprise solution at some point.

So far, June has been in private beta with 250 users, and has plans to expand that number. It will have plenty of people to pick from, as it currently has a list of 1,300 users waiting to try the product.

"The general consensus from our early users is that June really provides a much clearer and calmer approach to giving information because it’s much more organized for the users. They have way more control over their information and this leads less work on their part, and it’s just a faster tool. The benefits for them are a lot less stress, more enjoyment and efficiency," said Sutton.

The money that the company announced, which it had raised a year and a half ago, is being used to expand the team and to build out the product. Sutton says that June will likely raise another round in the next six months, which will also go toward hiring and product development.

"Over the next few months we're ramping up and expanding the capabilities of the product. Another major focus is building out the user base once we open our beta to the public," said Sutton.

"A big part of it is just expanding the user base tremendously over the next year. We want to build out an Android version, and we also want to add calendar features and some other features around the desktop experience. Again, we’re just in beta now, so there’s a lot of growth that we have with just the existing product, working with the users and expanding out the user base."

While the company is not currently disclosing any numbers around how many employees it plans to add to its 10 person team, June.ai is adding team members in data science, web development, and iOS development, as well as general engineers.

The competition for June is the same as it would be for any company trying to take on e-mail: all the existing application that are used to manage e-mail, such as Gmail, Yahoo!, and Outlook. What those companies do is "attempt to really solve these problems in very specific ways in terms of making a better inbox," Sutton said, but that is not what June is interested in doing.

"When we look at June, and when we build out the features and experiences of June and we are thinking through what we want to build into June, we don’t ask ourselves that question. The question we ask ourselves is how do we build a better communication hub? Not a better inbox," he told me.

"The question of bringing in all of your outside communications into one primary hub is something we’re thinking about and looking at. Giving the user the ability to do more within this hub, and communicate with more people outside of just email in this hub. That’s how we think about it and that’s how we’re approaching building out June."

That means including everything from text to e-mail, all will be handled through the June platform.

"For us, if we can continue to solve problems and make the process of communicating and gathering information online way more seamless, way more efficient for the user, that people don’t complain about having to be inundated with e-mails. We want to make it a much more enjoyable experience and that’s really our goal. Our goal is to help people get through their days in a more enjoyable fashion. Over the next five years I hope we can continue to do that on top of what we’ve been doing now, and expand it to a much wider audience in a lot of innovative ways."

June is a communication hub for your digital world. 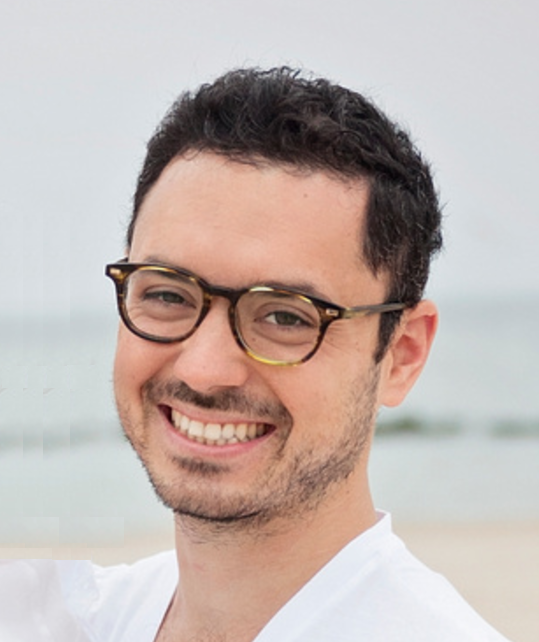 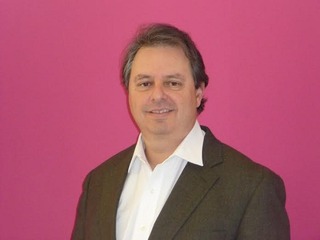