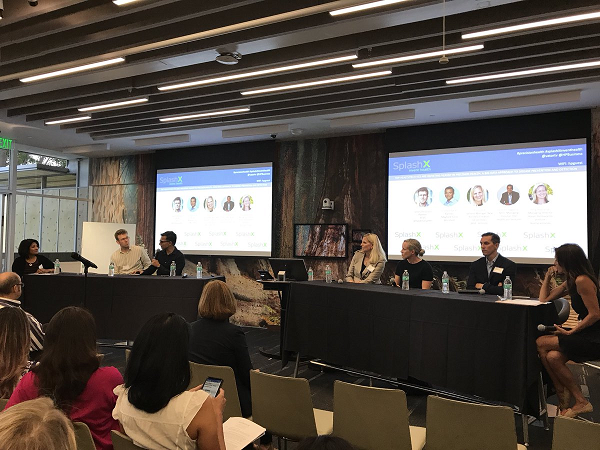 Precision health is a relatively new term that encompasses the move toward tailored and personalized medicine vs a one-size-fits-all approach, but with the emphasis or inclusion of disease prevention and detection vs treatments. For precision health to work it requires a lot of new data, which will then by used to personalize treatment to that particular patient.

The first question asked by moderator Bambi Francisco during the night's first panel, which featured venture capitalists who have invested in the precision medicine space, was how that data is best being used.

When it was time for James Hardiman, Partner at Data Collective, to answer, he spoke about one of the companies he had invested in that he said, "really emphasizes precision medicine, or precision treatment of the patient."

"We invested in a company called Karius and what it does is it’s a hypothesis free blood test. So if you have a patient and they’re in the ICU and they’re collapsing and you don’t know what’s going on, you don’t necessarily have to have a hypothesis about what that patient might be inflicted with and then, instead of testing against a specific hypothesis, you just take a blood draw, you send it to Karius, they sequence the entire sample and they compare that to the database and then they can tell you what that patient has. So I think this is a nice example of where I think medicine might be going. For a long time it was hypothesis driven, where you need to have a particular hypothesis about a patient and then test that hypothesis," he said.

"As we get more data, I think you can start to relax what those hypotheses look like. You might be able to try and treat a patient without actually have a strong prior about what that patient might have. I know there’s a lot of problems with that but I think Karius is a great example of an actual implementation of it. And I think at this point they’ve saved over 1,000 lives with this particular use case, and if you go to the website there’s a bunch of case studies."

"The version 1.0 was book-based and what was in the book was what you do. Then it became evidence-based in which you had randomized control trials, observation of patients; there was an average patient so we did kind of come up with the term population health. Now we’re getting into more precision in which we, thanks to Obamacare and other initiatives, that enabled us to go into digital health," she said.

"So all of the data of patients, the historical data, is starting to sit in a discreet platform in which you can actually query it in a lot more intelligent way. You don’t go with an evidence bias, you’re actually going with a curiosity of what is going on with the patient, so you’re coming out with a lot more precise diagnostic. So that’s an interesting version 3.0 of medicine that we are starting."

Garrett Vygantas, M.D., Managing Director of OSF Healthcare Ventures, then spoke up about his concerns over what data might mean for how doctors practice medicine, possibly infringing on their ability to make diagnoses.

"I brought my car in recently, something was wrong with it, and the first thing they did was put it in the computer and the guy goes, ‘Nothing’s wrong with it,’ and I was like, ‘It stopped driving on the way home.’ It’s those types of basic skills that I worry that the medical profession doesn’t lose when it becomes so easy to order Karius."

Dubey answered that, "when we don’t have a bias before even examining the patient or asking questions, the data that is historical for that patient can give us a a lot of cues that can start driving our decision making in a lot more precise way for that patient, and not considering that patient as an average patient."

At that point a member of the audience spoke up to offer her opinion that data shouldn't be trusted completely because it may itself be biased due to who is analyzing it.

"Even in unsupervised analyses, don’t you think that the way that you analyze data sometimes takes on the soul of the person that’s analyzing it, almost? So, if you go into a data set and you’re an engineer or something, you kind of think of data in a different way than me as a clinician, because I do both. I think one thing that’s difficult when I think of predictive medicine is that, if I’m a clinician I go in and I make a judgment based on things that I don’t even understand that I’m making a judgment about, like how somebody smells, how they’re walking, and all of these things that aren’t in our traditional data sets," she noted.

"The process of how these things are collected also matters, so if a blood test is collected when somebody comes in the door versus four days later after a clinician has been treating them, so that’s why a value is lower. It just seems difficult to say that data will solve everything without also being cognizant of the process and the way it’s being analyzed."

Hardiman answered, agreeing with her assessment.

"I think there’s tons of information about a patient that is isn’t technically captured in the system, that a clinician or someone who’s sitting with that patient is able to internalize. They also have models for interpreting that data, just because they’re a person they have experience and know how to think about it. I think it’s really difficult to try and codify that and put it into a database that you can analyze," he responded.

"Some people talk about how we’re not going to have physicians in 20 years. I don’t think that’s true, but I do think that there is an ability to augment that decision making, especially when the things that you’re trying to diagnose would benefit from taking a lot of little factors that contribute to that, as opposed to one or two big factors. And then there’s the limitations that people have in terms of actually being able to diagnose these complex things, when lots of little pieces contribute to it."

The topic of how data is changing the way that physicians practice medicine, and how that changes how they interact with their patients, came up again later in the night during the second panel, featuring tech pioneers and health incumbents with experience in precision health.

"What about the relationship between the patient and the physician and how might that be changed in regards to the types of cases they feel most confident in being able to manage, or how the patient goes about their selection of what type of physician they’d like to see?" Fran Ayalasomayajula, Population Health Technologies and Innovations Lead, Worldwide Healthcare, at HP, asked Christopher Glode, Chief Product Officer at Helix, a genetics testing company.

Glode started by saying that both his parents are doctors, and how annoyed they get by patients who self diagnose, but he also noted that this was something that was not going to stop, and that Helix was trying to help make that easier for both sides.

"I think consumer genomics has taken that to the next level and that a lot of patients are walking in with their self diagnosis based on their consumer genomics test. I think that will continue to happen but, at Helix, what we’re trying to do is give that genomic data to the customer in a way that they can understand. We try to provide genetic counseling with the all of the health related tests, so if they do have more questions. We certainly don’t reveal things to people about a medical condition which they aren’t clearly opting in for and wanting to discover, but we’re trying to partner with the health systems so that if you’ve got a screen that you feel like you might a higher susceptibility for Altzheimer’s, for example, you can go in, talk to your physician, share your results and they can recommend a confirmatory test and a treatment path for you, regardless of the disease," he said.

"So we want to give consumers enough information, in a very credible way, that will allow them to take that into their experience in their health system, in a trusted well-lit ecosystem where they can bring their data with them, eventually bind it with their health record and let their physician interrogate it without needing to be sequenced again. Really provide portability of their genomic data."

(NOTE: Save the date, our next salon is on Vitality - Lifestyle as a drug, a look at wellness and prevention and behavioral change as the prescription to better health. JOIN us on December 13 at HP's headquarter in Palo Alto. Get Early Bird tickets or become a member).

At Helix,  our mission is to empower every person to improve their life through DNA. We believe in a world where everyone benefits from their biological information and is able to help all of humanity lead better lives. 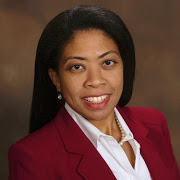 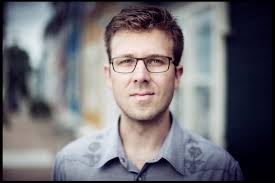 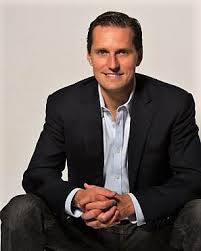