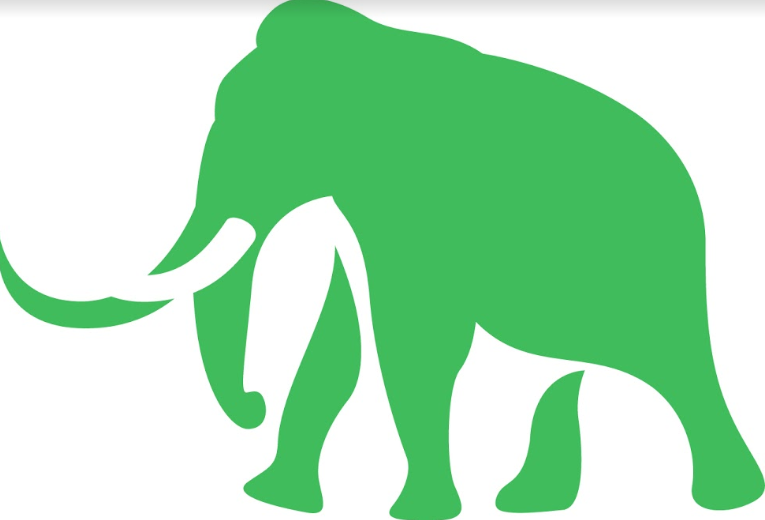 Of all of the ways medicine and healthcare have changed in recent years, one of the most profound has been the increase of at-home testing. So many things that patients used to have to do to their doctor for, from eye tests to blood pressure monitoring to STD screening, can now be done at home, for a fraction of the cost and time.

One of the other major breakthroughs has been genomics, the ability to use a patient's DNA to determine to test them for diseases and other characteristics.

Mammoth Biosciences is a company that wants to combine those two trends, by actually allowing people to test their own genetics in the privacy of their home, in real time.

The company was founded in 2017 by CEO Trevor Martin, CTO Ashley Tehranchi, Lucas Harrington, Janice Chen and Jennifer Doudna, one of the discovers of CRISPR, a family of DNA sequences that make it easier to edit genomic DNA. Now Mammoth, which came out of stealth in April of this year, is using the technology as a diagnostic tool, one that regular people can use at home, without needing to see a doctor.

The company, which calls itself "the world’s first CRISPR-based disease detection platform," announced on Tuesday that it raised $23 million in Series A funding in a round led by Mayfield with participation from NFX and 8VC.

"The mission of Mammoth is to democratize diagnostics and to really make diagnostics more accessible to everyone. The way we accomplish that is through these recent advances in CRISPR technology. Jennifer Doudna’s lab pioneered gene editing, gene therapy applications but, more recently, her lab also pioneered the diagnostic use of CRISPR," Martin told me in an interview.

The way Mammoth thinks about CRISPR "is as a kind of a search engine for biology."

"When you go onto Google and you want to find something, you type a search strong and that’s how it knows what to find. CRISPR’s a protein, and the way you tell it what you want to find is you give it what’s called a guide RNA. So RNA’s made up nucleotides and you can write them just like you write a string of letters, and what we use that for is to create tests for is this DNA or RNA present? Or is this genotype A or genotype B?" he explained.

"That’s a very powerful question to be able to ask because, right now, access to that kind of information lost behind a lot of doors. Whether that’s you have to go into a hospital to get that, or the cost issue or maybe things just aren’t sensitive or specific enough. So there’s a lot things where people could gain a lot of value by understanding whether DNA or RNA is present. So understanding the molecular composition of their spit or their urine or any kind of fluid or surface or location. What we’re offering is the world’s most affordable and accurate way of doing that."

Right now the company is building the technology platform, and is in the prototyping phase, but Martin sees it as eventually having a massive impact on the way healthcare is delivered around the world.

"What if you wanted to narrow if your child had strep before the school bus arrives? But it goes beyond that. So often in things like agriculture or in public safety, you also want to know: is DNA or RNA present? And in the developing world it’s even more transformative, potentially. The next time there’s a Zika outbreak, or H1N1, this is the kind of diagnostic that can very rapidly and effectively be deployed to actually measure the prevalence and presence or absence of these diseases," he said.

While he couldn't give me any details, the company does also eventually plan to partner with healthcare providers to help patients take the next steps in their health journey.

"The goal is to give results in real time and I think it really opens up new ways of interacting with the healthcare system potentially because we don’t want to just give a result either. We want to connect people with next steps and to make sure we’re integrated with the rest of the healthcare system so we can really add as much value as possible. That’s where things like the app that we’re designing come in, where not only does it read out the result but it also gives clear next steps that can be taken," Martin told me.

Part of Mammoth's plan also involves partnering with other organizations to get the technology in as many forms as possible so that they can tackle specific diseases and applications. For example, if a company has biomarkers for cancer, Mammoth can partner with them to use its technology. The partnering organization would put their biomarker into a device that would then be sold either direct to consumer or to other healthcare organizations or hospitals.

The company is able to do that in part because it does hypothesis-driven diagnostics. The technology can be used to look for very specific biomarkers in the RNA and DNA.

"What we do is we have a set biomarker that you want to detect, like whether that’s a disease, you know what the sequence should be and that’s where we really shine, when you know what you need molecular confirmation of, if it’s present or absent. An area we don’t do as much in is hypothesis-free, where maybe you don’t know what you want to detect but you just want to measure everything. Where we shine is targeted measurements that are effective and cost efficient," Martin told me.

The new funding will be used, in part, to allow the company to build out its IP portfolio, which means expanding its capabilities. It will also go toward developing an infrastructure for partners to build on Mammoth’s CRISPR platform.

"Maybe in a point of care there’s a different form factor than at home and there’s a different form factor than in a hospital depending on requirements around multiplexing, like how many tests do you want to run at once. Maybe at home you don’t want as much multiplexing as in a hospital environment and also there are considerations around speed of results."

Finally, it will be used to grow he team from 10 employees to 20 by the end of the year.

In addition to the funding, it was also announced that the company is adding two members to its  Scientific Advisory Board: infectious disease expert Charles Chui and protein engineering expert Dave Savage. Chiu is a board-certified consulting infectious diseases physician at UCSF, and Savage is an Associate Professor of Biochemistry, Biophysics, and Structural Biology at UC, Berkeley.

Ultimately, what Mammoth is striving to do with its technology is to democratize diagnosis, so that anyone, even someone in a developing country that doesn't have a strong medical infrastructure, can have access to potentially life altering information.

"We want to move healthcare more into people’s hands and let them take more ownership over how their healthcare is actually managed and that information. Because, right now, the information is very much centralized and this is really an opportunity to not only increase the affordability of healthcare but to really to increase the transparency and allow people to actually find things quickly and efficiently in the privacy of their own homes," said Martin.

"So that’s what we’re really excited about is that decentralization, and when you get down to it our mission of democratization, so allowing anyone, even if they don’t have access to state of the art technologies or a hospital nearby, to really understand what’s going on molecularly with themselves, their family and, even beyond that, in healthcare, in agriculture, in industry, etc. That’s the real goal."