Interview with Robert Leshner, CEO and co-founder of Compound

The crypto sphere is growing quickly, but it is still very unknown to many people. Even those that understand the basic idea behind blockchain and digital currencies can find it difficult to actually participate in the sphere.

Which is understandable, there are many wallets, exchanges, and regulations surrounding what you can and can't trade, and some services require additional steps and plugins which makes the process even more complicated. When you start adding these variables up, it's easy to see why others give up on understanding and utilizing cryptocurrencies.

That's where something like Compound comes in. Basically, what they do is act as a robotic middleman between those with cryptocurrencies and those without. But instead of trying to explain everything, it might be easier to let CEO and co-founder Robert Leshner do the talking.

I had the chance to speak with him about Compound, the story behind the company and potential upcoming regulations. You can find the full interview below. 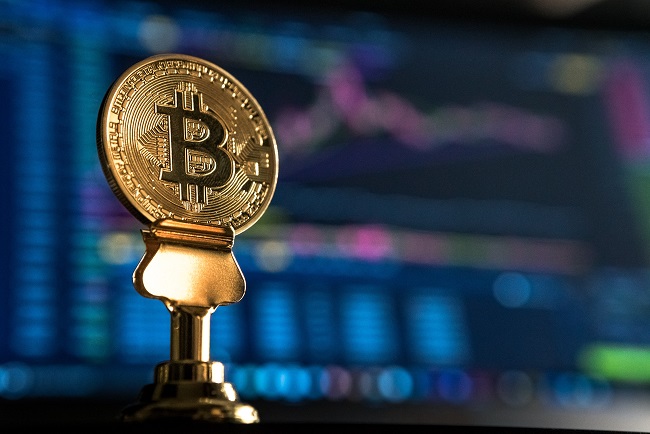 Care to introduce yourself and your role with Compound?

I’m CEO and co-founder of Compound; the other co-founder is Geoffrey Hayes, our CTO. I spend most of my time hiring and building a world-class team (we’re hiring!) and learning from our customers and partners.

How long have you been in business and what inspired the creation of the company?

Last October, we began researching different approaches to what we saw as a massive, confusing inefficiency in the crypto markets; most assets sat idle in wallets on exchanges, completely unused in the crypto economy.

Contrast this to conventional currency, where every last dollar (that isn’t physically paper, in a wallet) is being borrowed or used somewhere in the economy; and those that hold dollars, earn interest in exchange for making them available.

For the past year, we’ve been hard at work building the Compound protocol, which addresses this problem.

If you were trying to explain Compound to your grandmother, how would you do it?

Compound is like a robotic middle-man between people who want to borrow crypto, and people that have crypto.

What makes Compound really unique is that people can lend to or borrow from Compound for as long as they want (such as one hour, or one year), instead of a pre-defined duration, which is generally the case in peer to peer lending markets.

Do you have any competitors? If so, what separates your service from the others?

In terms of usage, margin trading on centralized exchanges, such as Bitfinex is our primary competition. Compound is a decentralized protocol (a fancy phrase for “computer program”) running on the Ethereum blockchain.

People can read the source code, audit the balances, and see the health of the market for themselves, which just isn’t possible on centralized exchanges.

How are interest rates set with Compound?

When the relationship between supply and demand changes, the interest rates update (for everybody). This is set through an interest rate model which is open-source and audit-able.

Are you worried about potential regulations around cryptocurrency?

Compound is one of the first cryptocurrency protocols that has shunned ICOs and the issuance of a token completely, in favor of traditional venture financing.

This is not legal guidance, but we believe that most cryptocurrency projects have willingly violated securities regulations, and we want no part of that.

Is Compound available worldwide, or only in select locations?

Compound will be available to all users of the Ethereum network. Sadly, this is still a very small portion of the world — we need broader internet access, mobile browsers, and awareness before this becomes a meaningful population…Ethereum is still in its infancy.

Anything exciting coming to the platform in the near future?

This summer, Compound will be announcing the first tokens that we will be creating interest rate markets for. Stay tuned!