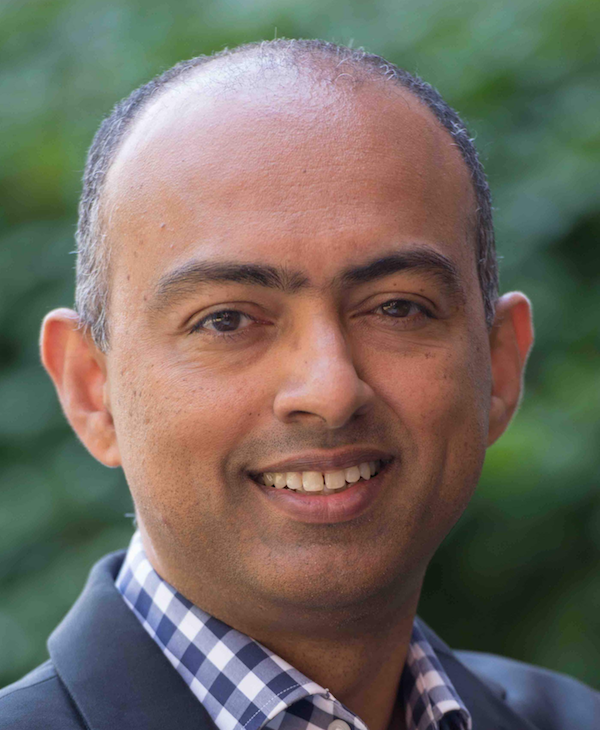 The fund is a sub-venture of the Manchester-based Alumni Ventures Group (AVG), which has diversification as one of its principles.

AVG Blockchain Fund makes between 15 to 20 investments in a year, with its portfolio of cryptoassets and equity positions including Blockstack, Filecoin, Evernym, Props, and TrustToken.

Kamadolli, with over 20 years in tech entrepreneur and VC investor, came onboard AVG Blockchain in January. He has been also serving as a strategic advisor to two seed funds: Kae Capital in Mumbai and Pillar VC in Boston, and he is on the board of SysCloud, a backup software against phishing, data loss, and security breaches.

In an interview with VatorNews, Kamadolli said that blockchain and other cryptographic constructs are the most exciting of technologies in the modern investment landscape, in line with artificial intelligence (AI), machine learning, personalized medicine, IoT, and human longevity. Blockchain technology can touch all other areas, and that’s what makes it thrilling, he said.

“There’s a lot of hype and tremendous opportunity in the blockchain space. Our fund aims to make people aware of and be able to invest in the promise behind blockchain in a large variety of sectors.”

VatorNews: What is your investment philosophy, or methodology?

Shyam Kamadolli: To help frame the AVG Blockchain Fund methodology, I’ll contrast it to other ways investors can play in the cryptoasset market.

The first is a so-called “crypto hedge-fund” that strives to maximize returns using an active trading strategy in liquid assets - coins, or currencies, that are already listed on an exchange. There are too many of these to name.

The second is a VC fund that invests in cryptoassets that are typically only available to certain kinds of institutional investors. Firms like Union Square Ventures and Andreessen Horowitz are probably the best-known examples.

Lastly, a blockchain VC fund that invests only in cryptoassets, but brings a VC-style lens to selecting investments. The AVG Blockchain Fund is one of the most visible and active investment funds in this category. We get involved early in blockchain projects, invest in equity and/or tokens issued by these projects, and help a team scale.

VN: What would you say are the top investments that you have been a part of?

SK: We have been fortunate to back some very good teams building the foundational protocols for blockchain ecosystems. These include FileCoin for storage, Everynym for identity, TrustToken for a stable unit of exchange for transactions, Adjoint for easy blockchain deployments in the enterprise, and Blockstack for a secure decentralized computational infrastructure for building applications.

Each of them reinforces our position of focusing on technology rather than token economics, as well as on the foundational layer of the blockchain ecosystem.

VN: What do you look for in companies that you invest in?

SK: This is a very noisy space, so we have to be crisp in our criteria for what qualifies for investment. First and foremost, we look for solid teams with a track record in venture-backed startups. Next, we look at their technology credentials and the progress the project has made. The final screen is the capital raised. We believe that in an [initial coin offering] ICO-fueled capital market, startups need adequate capital, so we look for substantial rounds led by deep-pocketed investors that we find credible.

Last year, I published a blog post describing my approach to investing in this complex and fast-moving sector. In the piece, I look at the underlying technology and protocol layer for investment opportunities and describe my process: I seek out the best teams that can deliver differentiated protocols and infrastructure, the “picks and shovels.”

I believe that the foundation and infrastructure for blockchain applications is still being developed, so I am focusing on laying the pavement, rather than the snazzy cars, the applications that everyone seems to be launching today.

VN: How long is the process of meeting a startup and making an investment, and how do you conduct your due diligence?

SK: Our model depends on co-investing alongside credible blockchain investors. That means negotiations, terms, and a round are already coming together by the time we get involved. All of this helps streamline our process. We conduct our own due diligence, and we benefit from our large network to help in our assessments.

As for our own evaluation, it’s a fairly transparent and streamlined process, so the transaction takes weeks, instead of months. We make decisions very fast.

SK: In this space, the usual phases of building a product, establishing market fit, customer traction, etc., do apply, but fairly large rounds come together somewhat sooner based purely on the credentials of the team and their aspirations. We try to engage when startups have demonstrated progress with the product (thankfully, most projects are open-source, so there is nowhere to hide). We also expect some customer development activities. Most of our investments resemble seed rounds, so there is emphasis is on the team and technology.

VN: Where is the firm in the investing cycle of its current fund?

SK: We are about halfway through our fund and are planning the next one.

SK: We typically set aside about 15 percent of a fund for follow-on equity investments. We have a “reserves light” model because we are not the lead investor in our equity deals. Also, we have the added benefit that follow-on participation can be part of subsequent funds.

VN: What series do you typically invest in?

VN: These days a seed round is yesterday's series A, meaning today a company raises a $3-million seed and no one blinks. How has that changed where a company needs to be to get their series A round?

SK: This doesn’t apply to the blockchain space as the model here is very different.

We typically see an equity seed round that can be $2 million to $5 million in size, followed by a $20+ million pre-sale of tokens, followed by $50+ million public crowd-sale with no need for further capitalization.

VN: Tell us a bit about your background. What led you to the venture capital world?

SK: I grew up in modest circumstances in Mumbai, India, where I earned a bachelor’s degree in Computer Engineering. Fortunately, a research scholarship allowed me to attend Clarkson University in upstate New York, where I received an MSEE based on research in AI using neural networks, which is very much in vogue again now. That work led me through a series of entrepreneurial ventures in the Boston area. Then, to avoid pigeon-holing myself as a tech founder, I decided to get an MBA from Columbia Business School.

I then joined RSA Security, a leading crypto and security solutions company, and led the acquisition by EMC in 2006 for $2.3 billion. The scale of that transaction helped me land a role as a VC investor at Fidelity Ventures, which is now called F-Prime Capital, where I invested in deep-tech and fintech businesses across three funds in the United States, Europe, and Asia.

VN: How did you become interested in blockchain technology?

SK: I missed the early rise of blockchain technology in the form of cryptocurrencies and fat protocols , primarily, because I was focused on investing in emerging markets and I did not fully realize the impact trustless decentralized computing could have. But by 2014 we were beginning to see bitcoin-related investment opportunities, where my roots in the crypto community were very relevant.

Last year, after a company in a fund I invested in saw their token valuation surge 100 times their equity valuation, I came to a major realization. Entrepreneurs could go directly to the public markets without raising capital from venture capitalists. They were able to raise over $200 million in ICOs without years of board meetings and SaaS metrics to grind through. Some very good teams, which would otherwise be building valuable software companies, were now focused on the blockchain. The first industry being truly disrupted by the blockchain was venture capital.

Setting up a blockchain fund was my response to that realization.

I have been in crypto investing for a few years now, which makes me one of the most experienced VCs in the field, I suppose. Having 12 years of experience as a deep tech and fintech VC, I found a way to channel my passion for blockchain when I decided to take the helm of the AVG Blockchain Fund.

Comeback Capital invests in startups in underserved markets, particularly those in the Midwest

Recast Capital is a fund of funds, with a focus on increasing diversity within the venture industry 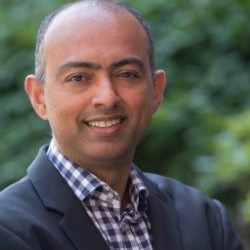 With over 20 years in tech entrepreneur and VC investor, Shyam Kamadolli came onboard AVG Blockchain in January 2018. He serves as strategic advisor to Kae Capital in Mumbai and Pillar VC in Boston, and he is on the board of SysCloud.