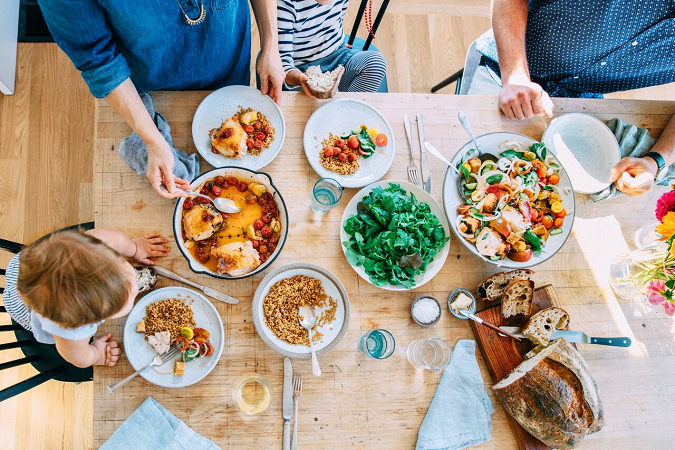 The food delivery space has seen a massive shift in the last few years. This was a space that was, at one point, seeing its numbers double year-to-year, but since then it has seen a lot of consolidation and contraction. The news late last week that Munchery was shutting down operations in Los Angeles, Seattle and New York only compounds how difficult it can be for companies to succeed.

Of course, there has been some good news in the space as well. GrubHub recently posted Q1 earnings that beat in revenue and EPS; its stock is up over 41 percent year-to-date. In May, DoorDash raised $535 million, valuing it at $1.4 billion.

The latest piece of good news for food delivery is that, on Tuesday, Good Eggs, a San Francisco-based online grocery delivery company, announced a new round of funding that will help the company expand its operations and create new jobs.

In addition to the funding, it was also announced that Bill Gurley, General Partner at Benchmark, has joined the  board of directors at Good Eggs.

"There is no human being on the planet who I have met who knows more about dual sided marketplaces. Whether it’s Uber, whether it’s StitchFix, whether it’s OpenTable, whether it’s early days at eBay, he’s just has seen those companies scale and what works so many times that he’s a total wealth of knowledge," Bentley Hall, CEO of Good Eggs, told me in an interview.

"He’s incredibly intellectually rigorous, which I love. He has dug deep into the business and come away with a lot of conviction that we’re the right business model and the right category at the right time, and that our execution over the last two years is really, really promising. He’s just a good human being who is going to make us even stronger."

Founded six years ago, Good Eggs is on a mission to reinvent the food system as we know it, by giving users access to fresher groceries at a lower price. It does that by sourcing the vast majority of its food, roughly 70 percent, directly from local suppliers.

"The fact that we source 70 percent plus of our stuff from direct, local producers is important to me, but what that gives to a customer is a way, way fresher product. You may or may not know this but less than 1 percent of products bought in grocery stores are direct from local producers so it means we have a fresher product that goes to a customer, and it means we have really low spoilage and we this expertise in perishables, which I think is critical to win that category shift," said Hall.

Unlike other meal delivery companies, which might only offer customers one aspect of food delivery, such as meal kits, groceries, prepared meals or alcohol, Good Eggs offers all of those services in one place.

"We serve a core customer who we say is somebody who is striving to balance work and family. Most often that’s young parents who are working professionals with little kids at home. For them, what we do is we serve that complete solution," said Hall.

"That means the average customer today who goes to maybe Trader Joe’s for dry goods, Whole Foods for perishables, gets a meal kit company from somewhere and gets delivery and take out from somewhere else, can take all of those fragmented solutions and quickly replace them with one solution which is Good Eggs."

Part of what allows Good Eggs to do this is that it currently only serves one market: the Bay Area, choosing not to deliver goods across the country.

"Unlike companies like Blue Apron and HelloFresh, which are shipping food small parcels all over the country, we have a central warehouse in San Francisco, it’s 42,000 square feet, and that’s been built to do pick and pack for home delivery, but it’s only in one, one and half hour, geography. So we’re delivering those groceries to doors, we’re not shipping stuff across the country," Hall explained.

"When customers get our meal kits at home, we’re really thoughtful on making sure most of those meal kits can be prepped and on the table in under 20 minutes and we don’t have that crazy packaging aftermath that comes with companies who ship stuff across the country. It all makes sense when you think about our model is one warehouse where 1,000 suppliers are dropping off and we’re delivering in a one hour radius out of there. It’s so different from what these other people are doing."

To use Good Eggs, customers are not required to sign up for a subscription, though that is an option if they want to have recurring deliveries. There's a $30 minimum and a $9.99 delivery fee attached to orders that are below $60.

Hall told me that the company is now shipping over 1,000 orders a day.

Good Eggs plans to use the funding to expand its delivery reach, as well as to expand operationally, but given that local is inherent in Good Eggs' model, the company plans to stay small even as it expands.

"The last two years we’ve spent a ton of time shifting our mindset. Instead of saying we’re a technology company, we've realized we’re a food company that is enabled by technology. We’ve done a ton of work on the foundational pieces of the business so that we have a model that we feel really good about that we know is working. Then we’ve filled out the assortment, we’ve quadrupled our assortment, we launched same day delivery. So those are the things we’ve done over the last two years," Hall said.

"Now that we feel like we have a good foundation, we have a good way to grow with purpose, we are taking this model and doubling down in the Bay Area. We’ll open a second facility in the East Bay to capture more demand here, and we plan to open a facility in Southern California. We'll win in those two big, West Coast metro regions."

Hall expects for that to take about two to three years to achieve and it will require Good Eggs to hire over 1,000 people, of which most of whom will be hourly employees.

Staying in California not only makes sense from the point of view of not over extending the company, but also because there's a massive opportunity just in that one state alone.

"If you think of the spend in this category, good online delivery, in the top three West Coast markets that is an $8 billion market over the next five to 10 years. That’s a really big market, so it’s unique. We don’t have to spread yourself thin, we don’t have to be everywhere for everybody, what we need to do is do a really great job in the market’s we’re in for the customer that we serve," said Hall.

Of course, there will be competition, especially from Amazon, which bought Whole Foods for nearly $14 billion last year. Hall, however, is not worried. In fact, he sees a few upsides to that deal.

"There’s obviously a lot of questions about Amazon and Whole Foods. I think they’re a catalyst that shifts consumer behavior online and for pople who really care about food they actually want to have a service like Good Eggs, as opposed to Amazon/Whole Foods. Every time Amazon/Whole Foods announces something new, our growth increases, which is really interesting to see. They’ve also been trying to do this for 10 years and are still figuring out the perishable piece that is so core to what we do. Being focused on a complete solution and what a customer needs is what really matters.

Having the complete solution, combined with the opportunity that Good Eggs is taking advantage of, are what will ultimately allow the company to win the space, Hall believes.

"I do think that the enduring businesses that win over time are going to have these complete solutions. I think it’s really hard to ship stuff across the country for only meal kits or only groceries or only dry good or only alcohol. That’s an incredibly hard business so a complete solution will win over time," he said.

"I would love if we can win good online grocery in the West over the next 10 years. I think that one is a $20 to $30 billion category, and something that I care deeply about and something where we have a model that has been proven to work. That’s what we’re focused on and if we can build a multi-billion dollar business that is highly profitable, that our customers love, that our suppliers love, that is going be well worth all the work."