Avaamo, which launched last year, has customers in 40 countries around the globe 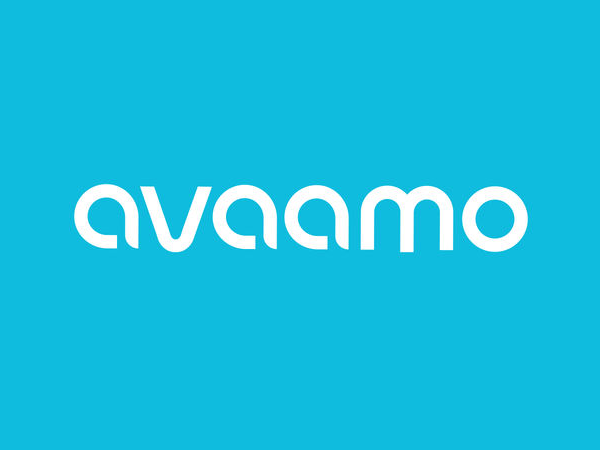 When most of us think about artificial intelligence, the first thing that probably comes to mind are the customer service chatbots that we use on Facebook Messenger. While that may be how the average consumer knows and interacts with the technology, there are plenty of other use cases, some of which don't involve consumers at all.

That's the space that Avaamo is playing in. It's a conversational AI solution company that focuses on solving specific, high impact problems for large enterprise companies.

On Tuesday, the company announced that it raised a $14.2 million Series A financing round led by Intel Capital with additional investment from Ericsson Ventures, Mahindra Partners, Wipro Ventures and WI Harper. This new round brings the company's total funding to $23.5 million.

Founded in 2014, Avaamo says that it is different from the typical AI company in a couple of ways. First, it calls itself a "conversational AI company," rather than a chatbot company.

"I think the word chatbot is a misnomer, in some sense, because we don’t just do bots and chat, we do bots on SAP, we do bots in your portal, we do bots in voice, we do bots on your 1-800 number, so the channel is almost, for us, insignificant. It really depends on what you want to do," Ram Menon, founder and CEO of Avaamo, told me in an interview.

Second is the company's area of focus: large enterprises, which "have a unique problem in adopting this technology," he said.

Menon identified three problems that they face, the first being that many of them have heterogeneous legacy systems, making it difficult to glean data. Second, they are characterized by volumes, which means they have a ton of data to sift through.

"It’s not uncommon for a large telco to have half a million interactions a day across multiple channels. So it’s not just like, 'I’ll just answer your customer request,' it’s multiple interactions," he said.

"In order to do something globally sometimes, if you combine these three large points, the problem becomes complicated very quickly."

Avaamo's solution has been to build AI technology across a broad area of neural networks, speech synthesis and deep learning to make conversational computing for the enterprise a reality.

"We are combining enterprise data. This is really important because a lot of people talk about data sets in AI, and my belief is that large companies have the proprietary data; the problem is running it through a machine learning model that protect all the security compliance requirements, and that’s what people are really worried about. We have moved forward very well and that’s what we think is going to be a key differentiator going forward."

The Avaamo product officially launched in January 2017 and, since then, it has picked up about 70 customers in over 40 countries. The company has a focus on four verticals right now: financial services, healthcare, insurance and telecommunications.

"The general chatter on chatbots and associated technologies has been all about customer service and we felt that if you are selling an enterprise-class platform you should be able to handle a variety of use cases. That means we do use cases for customers, employees, and for company stakeholders, like suppliers," said Menon.

For example, one of its clients is an insurance broker in Asia that has 30,000 independent contractors. By using Avaamo, the company can automatically give those contractors information, such as when their commission is available and when the underwriting is done.

Another of its client is UC Health, which uses Avaamo for scheduling appointments, as well as giving patients information about claims and deductibles.

"For a large consumer durable supplier, we do return materials. It’s a consumer durable, so it’s $400 or $500, so it’s not something you want to junk, you do want to return it, and that’s a problem. What if you have to do it in Turkish, Portuguese, multiple countries, multiple languages? It makes a real dent because each material warranty return, defect return, they have their own rules on how they need to be handled and you need multiple systems to integrate with so that you can give real time information in natural language," Menon explained.

"For example, a group plan in the insurance business has a completely different connotation to what a group plan is in the telco business. The word is the same, natural language is processing it in almost the same way, but the domain has a different syntax which a human being naturally processes, if you’re an insurance agent you know what the group plan is for the company, but when you’re getting machine to process it there’s a lot of learning and syntax around that which requires a machine learning model which is tuned to that domain or that industry or that process," he said.

"That is something that we have built out for these four industries that makes what we do a lot more accurate and, therefore, we can do what we call judgment intensive multi-turn tasks."

Avaamo says it will use the latest funding to expand its sales and marketing team, growing from its current 50 member employee based.

"We’ve achieved, in a modest way, three things that are important: we’ve built up a Fortune 500 customer base, which is an important validation because large companies do want to know who else is using it and does it work well, despite all your claims about the technology. The second thing is we built it out 40 plus countries, which is kind of rare for a Series A. We’ve really taken it global. Third, what we’ve tried to do with the funding is not just raise money but put together really an ecosystem. The ecosystem is more important sometimes in enterprise software than going after things alone," said Menon.

The investments from companies such as Intel, Ericsson and Mahindra are a validation of what Avaamo has so far been able to achieve, he told me. It will also help the company to "build a dream team ecosystem of sorts, not only for financing but to help us to grow."

"Coupled with that, our focus now is expanding and building a global sales force that can keep up with the demand we see. We have customers in Brazil, Jamaica, the U.S., in most parts of Europe and Eastern Europe, India, Malaysia, Hong Kong so there is, very much, a demand for the technology, and if you get it right I think it’s time for us to expand our sales force."

Ultimately, the goal of Avaamo is to be the company that is able to give large enterprises the technology they need to make the best use of their data.

"I believe conversation as a service is a very secular trend, just like search is. There’s search for consumers, there is search enterprise. It’s a very secular thing. You need to seek out information. We believe that natural language is the easiest way to seek information, to ingest information, and to actually conclude a transaction," said Menon.

"We would like to build conservation as a service platform for a large company, in fact that’s what we have done, to handle multiple things for multiple stakeholders in multiple divisions across the board, and I think that’s probably where this is going to go."

Avaamo is a deep-learning software company that specializes in conversational interfaces to solve specific, high impact problems in the enterprise. Avaamo is building fundamental AI technology across a broad area of neural networks, speech synthesis and deep learning to make conversational computing for the enterprise a reality