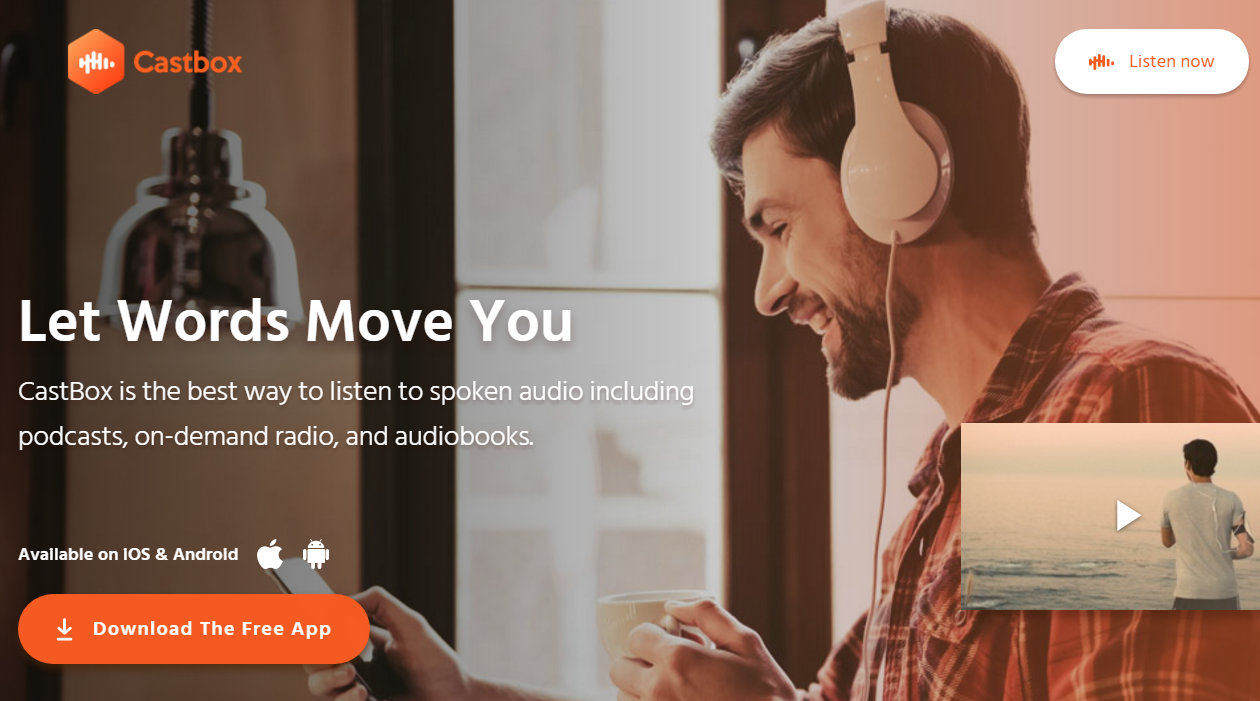 If you like to listen to quality content as you wait in traffic, break a sweat at a gym, or take care of your chores, you know how cumbersome it might be to find just the right buzz for your ear.

Whether you seek entertainment with the Joe Rogan Experience, smart talks with TED Radio Hour, language studies, news, audiobooks, or a bit of everything, there is an app that combines it all, and it's just getting better.

Castbox, a mobile podcast app with personalized recommendations, announced today it has raised $13.5 million in Series B funding.

The app has 15 million users and is currently rated 4.8 stars at the iOS App Store. Many of its users, frustrated with prior podcast experiences, left reviews saying this app just “might be the one.”

The key features of Castbox, the company said in a press release, include “highly intuitive design and functionality,” advanced search technology and original content. The app uses natural language processing and machine learning tools to provide custom recommendations, which are based on a user’s search history, listening behavior and sharing on social media.

An in-audio search feature completes the user-friendliness of the platform. Considering that, traditionally, listeners had to search by entering title words, the new addition makes finding the right podcast easier.

Castbox’s library contains 50 million episodes. The interface does not junk the mobile display with ads, but most shows have audio advertisements read by hosts. A premium version of the app is available for $0.99.

The Series B financing round was led by SIG China, with participation from IDG Capital, Qiming Venture Partners and GSR Ventures, all repeat investors from prior rounds. The new capital, which the company hopes to make last through 2019, is planned for accelerating user adoption, expanding its proprietary technology, and widening the variety of its original content.

“Our goal is to deliver high-quality content across a wide range of genres, with a focus on porting proven concepts from traditional mediums, like radio, to podcasting,” said Wang. “This new medium allows creators to engage with their fans and audiences in an entirely new way through spoken audio, while giving our users fresh new content.”

In October, at the time of closing its Series A round, the company said it wants to become “the YouTube of audio.”

Wang previously worked at Google in Japan and Dublin. The idea of creating a user-friendly podcast that supported different languages came to her when she tried finding the perfect app to study Japanese that would also include shows in English and Chinese languages. Such a platform did not exist, so she had to seek out, download and organize MP3s, a tedious process that left many listeners frustrated.

Beijing-based Castbox, with offices in Hong Kong and San Francisco, is now available on iOS, Android, Web and Amazon Echo.

Wang said the company aims “to be anywhere our users consume audio content, not only on mobile and desktop, but also on smart home devices and in-car entertainment systems.”