Alphabet earnings: how is the company addressing privacy issues in the wake of Cambridge Analytica? 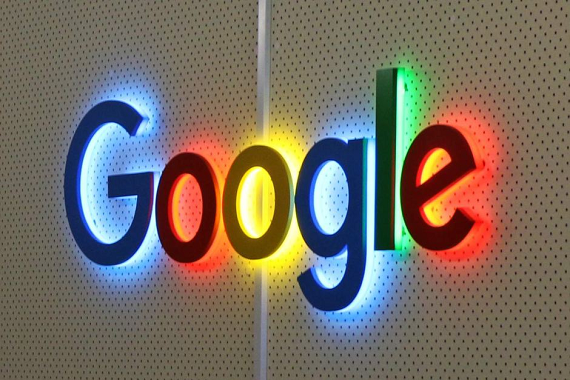 It's been over a month now since the news broke about Facebook allowing Cambridge Analytica to get access to the data on millions of its users.

Since then there have been a lot of apologies, as well as Congressional testimony from Mark Zuckerberg, and calls for regulation from some of the biggest names in tech, but many of the other companies most likely to be affected by such a scandal involving data and how users are targeted have remained mostly silent. It's easy to understand why; why would they bring any attention on themselves?

Luckily, these are also publicly traded companies, so investors get to have their say over whether they feel like these scandals will have an impact. It also means that the companies have to open themselves up to questions from shareholders and analysts who want answers.

So, was the topic on everyone's mind actually addressed on the call?

While nobody asked specifically about Cambridge Analytica scandal, and Google never mentioned data privacy in the U.S., the topic of data protection did come up a couple of times when the company was asked about the General Data Protection Regulation (GDPR).

GDPR is regulation that has been proposed by the European Commission to strengthen data protection for citizens of European Union, while also addressing the export of personal data outside the EU.

The first question on the topic came from Heather Bellini from Goldman Sachs.

"On GDPR I was just wondering if you could share with us any impact you’re thinking about as the implimentation occurs later in May, so any thoughts you could share there would be great," she said.

Sundar Pichai, CEO of Google, answered that the company has been preparing for the regulation for the last year and a half, and is ready to comply.

"GDPR, I realize, is a fairly new public topic, but for us it’s not new. We started working on GDPR compliance over 18 months ago and have been very, very engaged on it. It’s really important and we care about getting it right. Overall, we’ve long had a very robust and strong privacy program at Google. So we are committed to meeting requirements on May 25 and also long term," he said.

"We are working very closely with advertisers, publishers and our partners, and we will also update all the privacy policies and controls we provide to users worldwide. So it’s a big effort, we are very committed to it, we are very focused on getting it right by our users and partners, and that’s where our focus is now.”

Mark Mahaney of RBC Capital Markets then followed up about GDPR, asking what impact it might have on Google's business.

"I understand that you’ve been working for a long time to make sure that you’re compliant but do you think that GDPR, or other regulation that you see on the horizon, is likely to impact materially the targeting capabilities that advertisers have on Google? Is there something in the regulation that’s going to make Google and its properties less attractive to advertisers?" he asked.

Pichai answered that the company is making sure that whatever regulations come up that they won't negatively impact the user experience.

"As we are working through GDPR we are making sure we are focused on getting the user experience right for our users and our partners. But to clarify your question further, first of all, it’s important to understand that most of our ad business is search, where we rely on very limited information, and essentially what is in the keywords, to show a relevant ad or product," he responded.

"So, we’ve been preparing this for 18 months and I think we are focused on getting the compliance right, it will be a years long effort, and we are helping not just us, but our publishers and partners. Overall we think we’ll be able to do that with a positive impact for users and publishers and advertisers.” 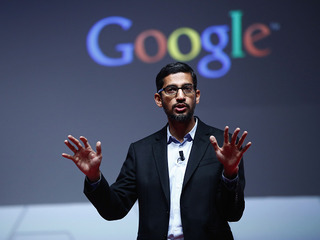