They include Polaris Partners, .406 Ventures, Y Combinator and Khosla Ventures 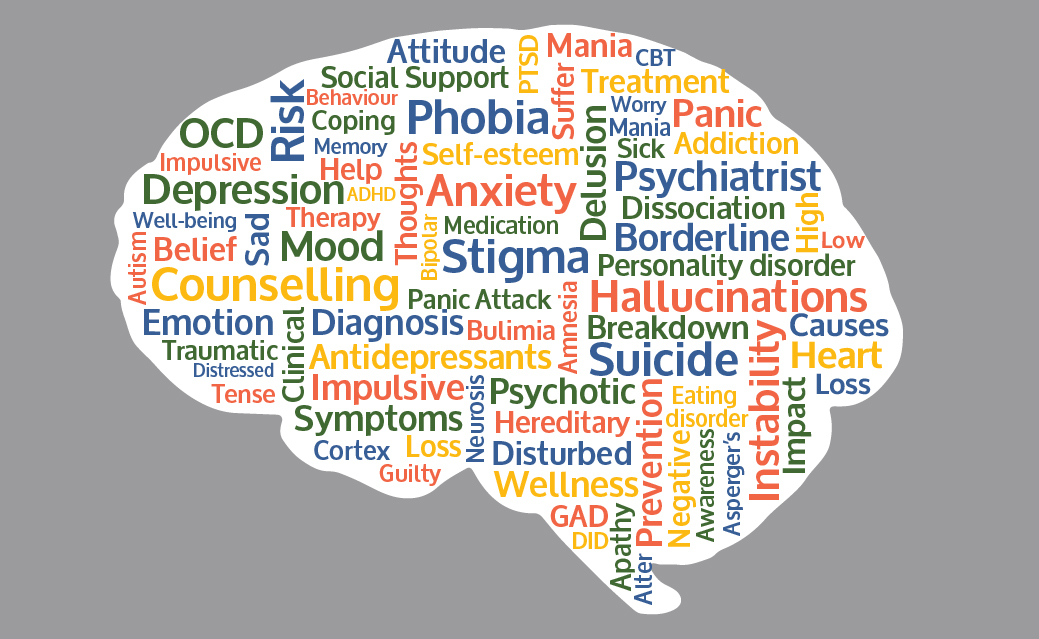 Healthcare is such a massive space, one that takes up a sixth of the entire U.S. economy, that just one small piece of that pie can be extremely lucrative. Take diabetes, for example, where there have been a slew of different companies tackling that problem, and raising money in the process, including Glooko, Omada Health, Siren and Virta Health.

Another space that has been on the rise for the last few years is mental health and behavioral health, as those topics have been at the forefront of the news cycle, especially with the rash of gun violence plaguing America.

There is a rise of mental illness across the country with one out of five Americans suffering from some sort of mental disorder, whether it’s depression, bipolar disorder or schizophrenia. In the case of depression, it’s become almost an epidemic from from being a rare condition 50 years ago. Critics argue the rise has a lot to do with pathologizing normal psychic and somatic behavior, meaning society’s idea of normal often means never feeling sad or hopeless. Some argue antidepressant drugmakers, who’ve seen their drug usage rise 400 percent in two decades are behind the pathologizing.

Accordingly, the number of companies in this space getting funding has begun to rise in recent years. Growing from 16 in 2013 to 36 in 2015. The number dropped precipitously last year, from 30 in 2016 to just seven in 2017, but already this year we have seen deals such as $40 million for Quartet Health, a platform that brings together primary care and mental health providers.

In June, Vator and HP will be holding an event on the rise of these startups and how they are helping patients with their mental health problems.

Here are some of the venture capitalists that are investing most heavily into this area, based on data sent to VatorNews from Pitchbook and published by CB Insights.

"Building relationships with technology & healthcare visionaries across all stages"

"We are a global venture capital firm investing in healthcare and technology, with a heritage that spans four decades."

"We focus only on industry segments that we know extremely well and where we have deep, relevant networks that can be tapped for our companies."

"Y Combinator provides seed funding for startups. Seed funding is the earliest stage of venture funding. It pays your expenses while you’re getting started."

"Venrock partners with entrepreneurs to achieve what others believe is impossible."

"Enterprise Ireland is the enterprise development agency in Ireland responsible for assisting Irish-owned and controlled enterprises. We work with High Potential Start-Up companies (HPSUs) to confirm the viability of their business ideas and also co-invest with the companies and other private investors to finance and implement their start-up and development plans."

"Build, launch, and ship your product at super speed with help from the world's first and most prolific hardware accelerator."

"Techstars is the worldwide network that helps entrepreneurs succeed."

Y Combinator provides seed funding for startups. Seed funding is the earliest stage of venture funding. It pays your expenses while you’re getting started.Some companies may need no more than seed funding. Others will go through several rounds. There is no right answer; how much funding you need depends on the kind of company you start.

At Y Combinator, our goal is to get you through the first phase. This usually means: get you to the point where you’ve built something impressive enough to raise money on a larger scale. Then we can introduce you to later stage investors—or occasionally even acquirers.

Oak HC/FT is the premier venture growth-equity fund investing in Healthcare Information & Services (“HC”) and Financial Services Technology (“FT”). We are focused on driving transformation in these industries by providing entrepreneurs and companies with strategic counsel, board-level participation, business plan execution and access to our extensive network of industry leaders.