In his 10th year as investor in freemium and fintech, Maltz is optimistic about every new startup 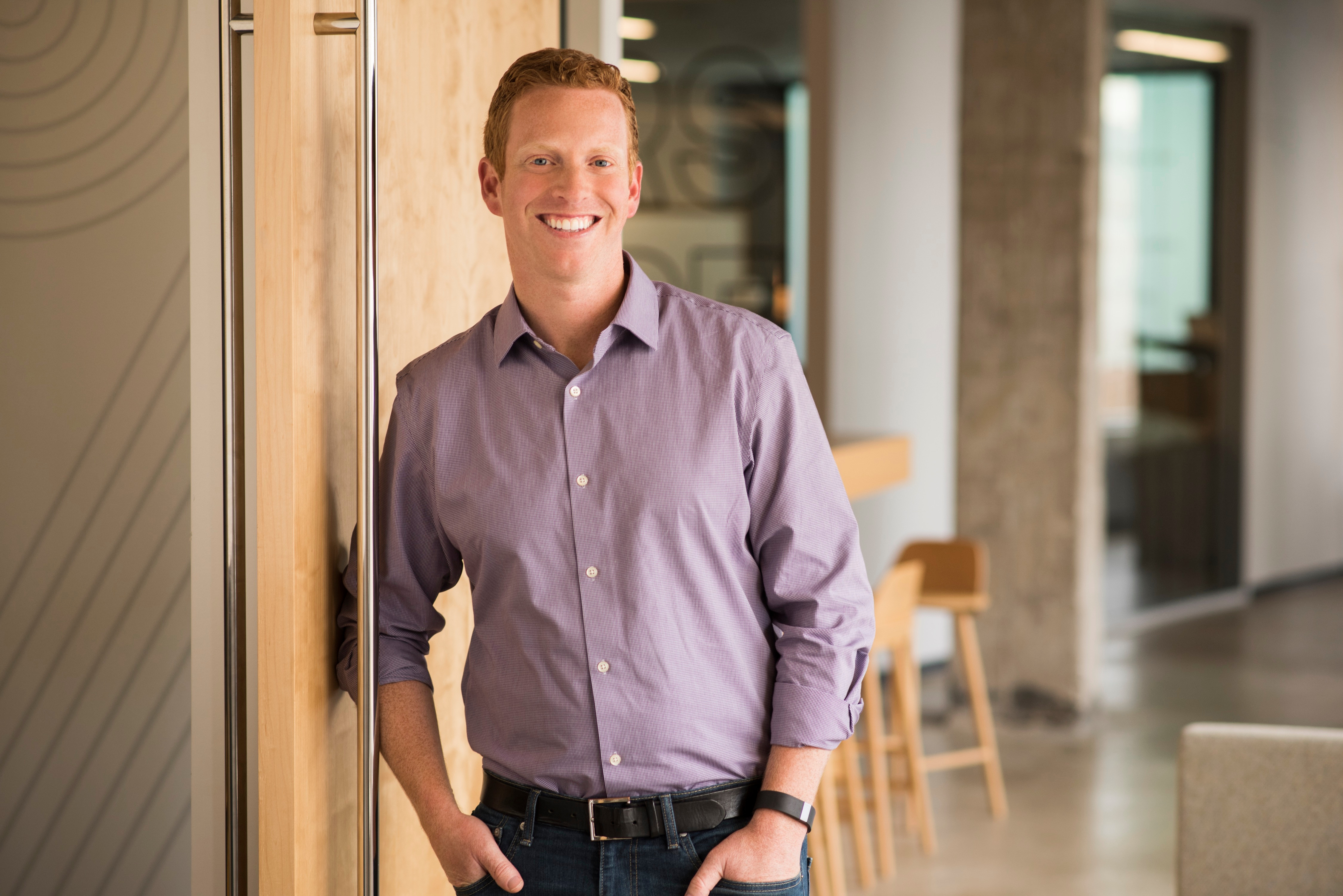 Jules Maltz is a General Partner at Silicon-Valley-based IVP, a later-stage investor in companies with revenue over $10 million.

His portfolio of investments includes Buddy Media (acquired by Salesforce), Checkr, Dropbox, Indiegogo,  TuneIn, Zendesk, MuleSoft and Yext, among others. TransferWise, a bank that sends money abroad cheaper at real exchange rates, is one of his more recent projects.

Maltz grew up in Eugene, Oregon, in a family of social workers remote from all things finance. In an interview with Vator he said he loved learning about economics and technology, and he came to love the venture capital industry, but investing is not the job he considered early on.

Now, in his tenth year at IVP, Maltz says meeting passionate entrepreneurs and helping to grow companies that make a difference in the world is what he loves doing best.

Jules Maltz: What I love in looking for investments is finding passionate founders who are going after the important problems in the world, topped with a fantastic business model that’s growing rapidly. If I find a great team, or a visionary founder, and a great financial plan, I get really excited.

JM: I spend about half of my time investing in software businesses. I am especially passionate about freemium software — companies that offer their product without the need to sell it. They launch a product that spreads virally, like Facebook and Twitter, and they can grow without having to hire a huge sales team, or to convince large corporations to pay for it.

We’re investors in Dropbox, Slack and Grammarly, which are three incredibly fast-growing freemium businesses that we’re very excited about and hope to find more companies like that.

I also spend a significant amount of time backing financial services companies, or fintech. I love fintech companies that are mission-driven and are about creating access globally for people who need financial resources.

VN: What is one investment that you are particularly fond of? What stood out about that investment?

JM: I’m very proud to be an investor in a company called Tala, based in Los Angeles. It’s run by Shivani Siroya, who worked at the United Nations doing microlending, then launched this for-profit business Tala to focus on providing small-dollar loans to people in the developing world who don’t have access to capital.

I’m very aligned with that mission. It is a company that may have the biggest impact in people’s lives that I have the pleasure of investing in. It’s also just an amazing business with a very strong economic model, great growth, great product, compared to local alternatives, and, ultimately, it can be very profitable.

I was introduced to that company by Chris Sacca of Lowercase Capital, a mutual investor in Twitter. I met Shivani in 2015, after Tala had just raised a Series A from Data Collective. I got to know Shivani and really liked the business, but it was too early for our later-stage model. Then, I watched her execute pretty flawlessly for several months, until she called me to get advice on her upcoming Series B financing. After we talked, I liked it so much that I told her I’d like to invest in Tala. We ended up doing diligence and spending time with her and her team, and came away very impressed. We were the lead investor in its Series B in December of 2016 and the company continues to scale: they hired some fantastic people, and it’s off to the races with a product that’s growing rapidly. They’re now the number one product in Kenya – they have provided loans to over a million people and they’re expanding rapidly in the Philippines, Tanzania and throughout the developing world.

VN: What kind of traction do you look for in your startups? Are you looking for a number of customers or order volume?

Most of the companies we’re investing in are already meaningful-size businesses when they’re at $10 to $20 million, but few companies get to $100 to $200 million, or a billion dollar-revenue. We look for the signs that make us believe this company may be one of the exceptions and grow to a much larger business.

We look at the efficiency of their sales models, their acquisition of customers and their spending relative to the revenue they received. We look at how engaged their customers are: Do they come back? Do they continue to pay for the product? It is critical for us to make sure that this is a great product that people love and that also can be sold efficiently.

VN: How much time goes into the process of meeting a startup and making an investment, and how do you conduct your due diligence?

JM: The story on Tala is consistent with how we invest. We did an analysis last year and we found out that the average time between when we first meet a company and when we invest is 18 months. It does not mean that we can’t find a great company today and invest tomorrow – sometimes that happens. It is rare, but we can move very quickly with companies we don’t know. You don’t have to know us for 18 months to get an investment, but we find that developing a relationship with a company for a longer period of time leads to more mutual trust, to us understanding their business better and being able to be more helpful as an investor.

Venture investments are like relationships, or marriages – you don’t want to rush in with someone that you met yesterday. But if you can get to know somebody over time and understand the type of partner that he or she will be in the long run when times are good and times are bad – this gives you a lot of confidence to start that relationship with them. We want to get to know founders and, hopefully, they want to get to know us so that both sides know what they get into and it can be a very effective working relationship.

VN: What is your investment range?

JM: We’re focused on the quality of a company, as opposed to the percentage that we own. I would say, on average, we own about 10 percent of the businesses we invest in, more or less. We do not target ownership percentage as much as we try to find the best companies.

JM: We look at about 1000 companies a year and only invest in 12 to 16, so we’re highly selective. Then, once we find one of those companies, we do everything we can to try to invest in that business, and we’ve picked some great companies that have scaled rapidly.

JM: About one-third of the fund and about 50 percent of the initial investment is set aside for follow-on capital. But we’re flexible – for some companies we may double, or triple, or quadruple what we invest initially, whereas other companies may never need additional capital. About a third of our companies are profitable and they may not need additional financing.

In addition to IVP XVI, we have a number of other active funds. IVP XV, XIV and XIII have capital too, so we can invest across funds in larger positions at certain businesses.

JM: I love meeting entrepreneurs. I love meeting companies. If I could just sit in a room and have really exciting companies walk into our office, or go out and walk to them every day and just meet passionate people who dedicate their lives to doing something disruptive and making a difference in the world – I think that’s so inspiring! I get a lot of my energy from the passions of entrepreneurs, so I love that aspect of the job.

I am an optimist: every time I walk into a meeting, I hope this could be the one. Many times, you end up not investing, so you have to temper that optimism with the reality that you’re only going to make a few investments a year for hundreds of meetings that you do, but before every meeting I feel that same sense of excitement thinking this could be a really big thing. I want to understand the entrepreneur and to be helpful and, even if we don’t invest, to leave a good impression.

I wish I could work with everyone – there are some great entrepreneurs that I really enjoyed connecting with, but didn't invest for different reasons.

I love the diversity – some entrepreneurs are very experienced, building their third company; others are working on their first. Some people come from a government background, like Shivani, some come from sales, or marketing, and they all think differently. It’s really exciting to get to know these people. I get a lot of my energy from them.

VN: Tell me a bit about your background. What led you to the venture capital world?

I moved to San Francisco in 2001 after undergrad – I went to Yale, then moved out here as the bubble had burst. I was a Junior Analyst in investment banking at a firm called Robertson Stephens, and I got to work there until that firm was shut down and everyone was fired. Then I worked at another investment bank – Bank of America.

I was 24, and I didn’t love investment banking. I got a phone call from a friend of a friend who had heard about me and had a role in venture capital at a firm called 3i, so I interviewed and got accepted. In January of 2004 I started working at 3i as an Associate and worked my way up to Partner at IVP.

Between 3i and IVP I went to business school at Stanford and had some experience working with companies like AdMob, but, ultimately, I just continued to grow in venture capital at IVP. Through a lot of luck, good timing and hard work I was able to move up and get promoted from within.

My parents are both social workers. They do counseling – they help people go through change. I feel like I get to – in my own way – carry on some of that by meeting with entrepreneurs and helping them work through business challenges through a very difficult and stressful time in building a startup. I have a lot of respect for entrepreneurs and I feel like my background gives me the understanding, empathy and appreciation for what people do. Hopefully, that makes me a better board member and a better person, and leads to some great investments.