Mobile messaging platform Attentive comes out of stealth with $13M

Attentive is founded by the team behind TapCommerce, which was bought by Twitter in 2014

This holiday season saw more users shopping via mobile than desktop for the first time ever. That's not a surprise if you've been following the trends; in fact, it's more shocking that it that it took so long to happen.

With shoppers increasingly turning to their mobile devices, retailers have to adjust to this new reality. The best way to reach them will no longer be through e-mail targeting, but through mobile messaging.

That's the idea behind Attentive, a personalized mobile messaging platform for ecommerce and retail businesses from the co-founders of TapCommerce, a mobile app retargeting company that was acquired by Twitter in 2014 for a reported $100 million

The company came of out of stealth this week with $13 million in Series A funding. The round was led by Bain Capital Ventures along with participation from Eniac Ventures and NextView Ventures.

"Attentive is focused on creating a new way for marketers and consumers to interact through personalized mobile messaging. For brands, our solution is a direct marketing channel with strong performance, including over 30 percent click-through rates. For consumers, it’s an easy way to stay connected to their favorite brands," Brian Long, Co-Founder & CEO of Attentive, told VatorNews.

Founded in 2016, Attentive uses behavioral data to sends text messages to subscribers that are personalized to them.

Despite operating in stealth up for the past year, Attentive has already signed up over 50 ecommerce and retail customers including Boxed, Boll & Branch, AMOREPACIFIC, and Bliss, and the company says that it is already showing them ROI, with over 10x higher revenue per message than they were seeing with email marketing campaigns.

Attentive says that in 2017 it drove more revenue on Black Friday and Cyber Monday than any other marketing channel for select customers.

"Our typical customer is seeing over 50 percent of their site traffic coming from mobile, but finding it hard to convert that traffic into sales," Long said.

The new funding will toward accelerating Attentive's operations and continuing to build out its team.

"Our goal is to continue to scale at a fast-rate, hire exceptional team members, and create really interesting and valuable uses of mobile messaging that benefit both brands and consumers," said Long.

"We’re really just in early innings of how mobile messaging and e-commerce will continue to intersect. In a few years, mobile commerce will be the largest source of online shopping revenue. Messaging will play a large role in that growth." 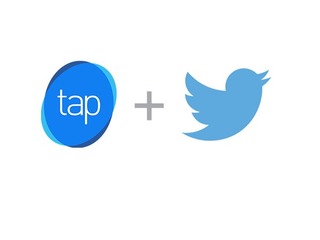