Interview with Diego Fischer, co-founder and CEO of InstaCarro

Latin America is quickly becoming an area that is drawing the interest of both startups and venture capitalist. What started with VOX Capital and NXTP Labs, has quickly grown to include other VC funds in Brazil and other regions of Latin America.

One startup that is taking full advantage of this growing market is InstaCarro. InstaCarro helps connect car owners with used car lots in an effort to get these used cars sold quickly in areas that do not always have the most connectivity. I had the chance to talk with Diego Fischer of InstaCarro to learn more about the company and the growing startup community in Latin America. You can read the interview below!

Care to introduce yourself and your role with InstaCarro?

What inspired the creation of InstaCarro? Who took part in it?

In the past, FJLabs’ Fabrice Grinda (founder of OLX) and Jose Marin (founder of DeRemate.com) invested in a Russian company that had a similar business model to ours, and wondered whether it had potential to work in the Brazilian market. They then asked my co-founder Luca Cafici (he’s also our COO) and I to see if there was a good fit in our country. We worked with FJLabs to evaluate the Brazilian used car market structure.

We also evaluated and discussed the business with many potential customers, as many imported models fail in Brazil and we didn’t want to follow the same path. The truth is that InstaCarro has been a success for many reasons, and one of them is that we made sure it was not simply a product-market fit, but one that would specifically fit into Brazil’s infrastructure. 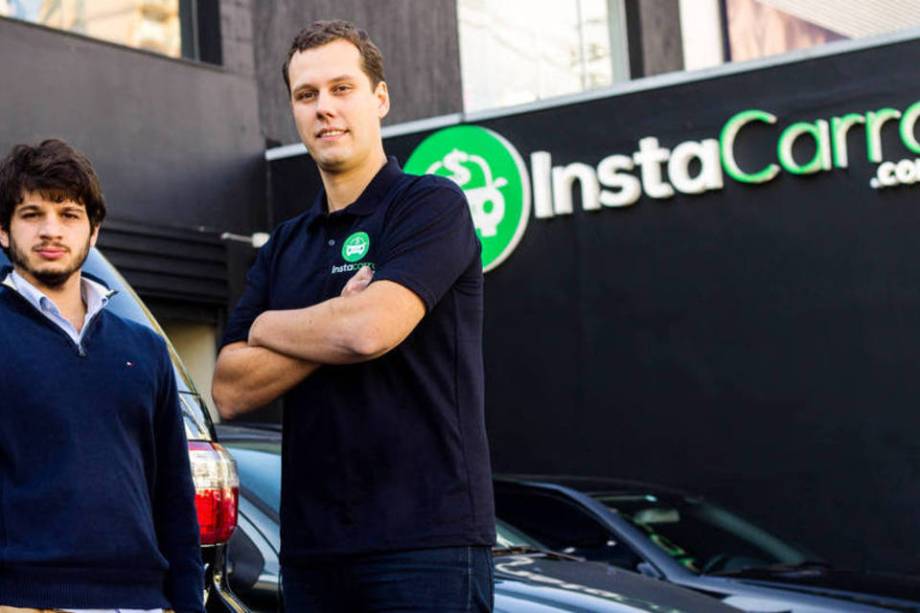 Generally, this is where many people fail - we are a large country with different economics to Europe, the USA, or even Russia. Thus, it was not just an economic and geographic challenge for FJLabs, Luca and I, but a technological one, as well. Our success is in understanding what makes Brazil such a unique country and Brazil’s used car market a unique challenge and delivering an experience that makes Brazilians incredibly happy.

Have you always been an entrepreneur?

I spent the first 4 years of my career on turnaround management - and then I pursued my MBA at MIT Sloan and went to management consulting. Luca Cafici, our co-founder and COO, was an entrepreneur throughout his time at university, and previously has also helped build a company at Rocket Internet.

Why is Latin America becoming a hotbed for startups?

Latin America is a huge market - over 600 million people - with a vibrant culture and many wonderful voices and ideas. We have an untapped talent pool and so many opportunities for great companies to address core issues that affect everyone’s daily lives. As a result there are plenty of optimistic, enterprising individuals that want to start a company.

The issue with our growth as a geographic startup region is that we simply do not have the economic opportunities that, for example, the USA has. We do not have as many startup incubators, it’s tough to pull smart, successful people straight from university as they tend to immediately move into financial services and other classically high-paying careers, and we do not have the venture capital flow.

Essentially, your company has to be ready to survive quickly and without the ability to immediately tap into VC money. This means that the startups coming out of this country are incredibly scrappy - they know how to survive and our founders tend to be incredibly tough!

What kind of industries do you believe need addressing first?

Surely, fintech is up there, especially in Brazil. This is definitely a market that needs addressing. It’s not simply a case of banks being somewhat set in their ways, but also being unbelievably difficult for consumers.

For example, in a story with the Financial Times this year, the founder of Nubank spells out not just the incredibly high interest rates (450% in some cases) but the cruel way in which customers are treated. Banks are incredibly slow to open accounts for businesses due to the high rate of fraud in the country (it literally takes months), they have incredibly high security, and the borrowing rates are also incredibly high.

This also is one of the reasons that making a startup is difficult - the building blocks of companies (loans and opening a bank account) range from difficult to impossible to deal with. When you deal with the second highest lending rates in the world, you’re facing an issue before you even really get started. And disruptive companies that understand the real world in Brazil will eventually dominate.

Have used car dealers been excited about InstaCarro?

Yes, actually - we have a waiting list to join the platform, and over 1,500 very, very happy dealerships on our platform. The reason is simple: usually, someone would bring in a used car, the car would be inspected by the dealership, and they’d give a price based on that inspection. Not only is that incredibly time-consuming, it is a random process; they don’t know what they’re going to be brought, and they can’t necessarily compete for the best inventory. 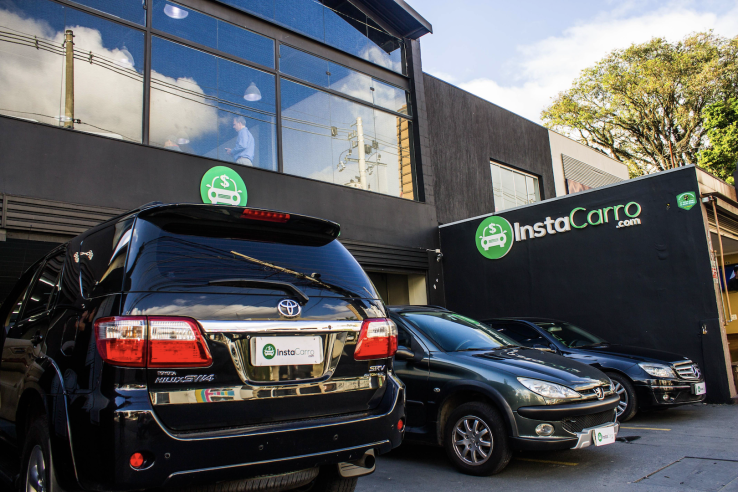 InstaCarro does the inspections for them, thus giving 1500 dealerships access to the highest-quality inventory of used cars in Brazil. They then bid on the cars, and if they win, they don’t have to worry about potentially having bought a bad car - our inspections are meticulous, and our sales are quick. It’s a win-win - the customer is happy they got paid immediately, and the dealership is happy because they got quality inventory. It’s all part of our Consumer-to-Business (C2B) model. Other companies in the used car space usually focus first on giving people the ability to buy a used car at a better price, with the option to sell a used car as well.

This effectively makes them predominantly a Business-to-Consumer model; they offer the ability to sell the car, but in the end all they are doing is either buying the car (at a price that isn’t usually the greatest) for their own inventory. Sometimes, they offer the ability to just have a user sell their car through the portal; but in that case, they’re just a glorified classified ad for a used car. A traditional business model usually involves selling a service or goods to a customer (B2C) - in our case, by using InstaCarro, the customer is selling their inventory - their used car - to a business (the dealer).

Thus we succeed when we have happy customers all over the country selling their cars to dealerships without having to worry about paperwork or having to cash a check. And the dealers love it. It’s magical.

You recently completed a pretty large funding round, care to talk about it a bit more?

Yes, correct. It was our Series A round, co-led by FJLabs (which built the company with Luca and I) and Lumia Capital. Other investors include Hummingbird, Rise Capital, Global Founders and Tekton Ventures. We raised $22.5 million - one of the largest funding rounds in the history of Brazilian startups.

What is in store for InstaCarro, anything exciting happening in the near future?

We have a very strong product development pipeline and are currently working in increasing efficiency and improving the customer experience. By December 2018 I see us becoming the best service-based startup in Brazil.