After I left Melbourne, Florida, 10 years ago, I remembered it as a quiet beach town with an early curfew, nestled between other sleepy towns just like it. Not anymore: it is now the “aerospace aviation hub of the world,” so says Edgar Muñoz, co-founder and CEO of Aeronyde.

On Tuesday, Melbourne-based Aeronyde, an autonomous flight company, announced it raised $4.7 million in seed to fire up the realization of its vision: to build “the safest and most reliable unmanned traffic management [UTM] for low-altitude and urban application.”

In simple terms, Aeronyde is developing a system for operating self-piloted drones that include both software and hardware components. For the future, this innovation can lead to supplying care and security servicers, as well as commercial organizations, with local aerial transportation and surveillance devices.

Aeronyde is a young, ambitious startup that sees open air as a skyway for new technology. I asked Edgar Muñoz and Zane Groshelle, CMO of Aeronyde, about aerospace aviation progress rising from the little beach town, the company’s launch, new partners and funds, and the challenges in the industry. Here is how they see it.

"The consumer drones, such as the DJI, are very good for hobby activities, for photography and video, and that’s why they’ve been so popular. What we’re looking to do is make a system where you’re not operating each drone single-handedly, but where the drones are smart enough to autonomously carry out certain operations," said Muñoz.

"Instead of remotely controlling one drone to go left or right, you just ask the system: hey, can you please cover this aerial perimeter? - and multiple units will surveil the perimeter independently. We’re revolutionizing the way humans interact with the machines. Eventually, these machines will have the ability to make decisions on their own."

2018 will be a busy year for the company. The seed of $4.7 million has many milestones to serve.

By February, Aeronyde will have the software and autopilot components ready; in March, the team plans to complete hardware engineering; in April, the young startup will celebrate its two-year anniversary; and July is the projected month to begin test flights. 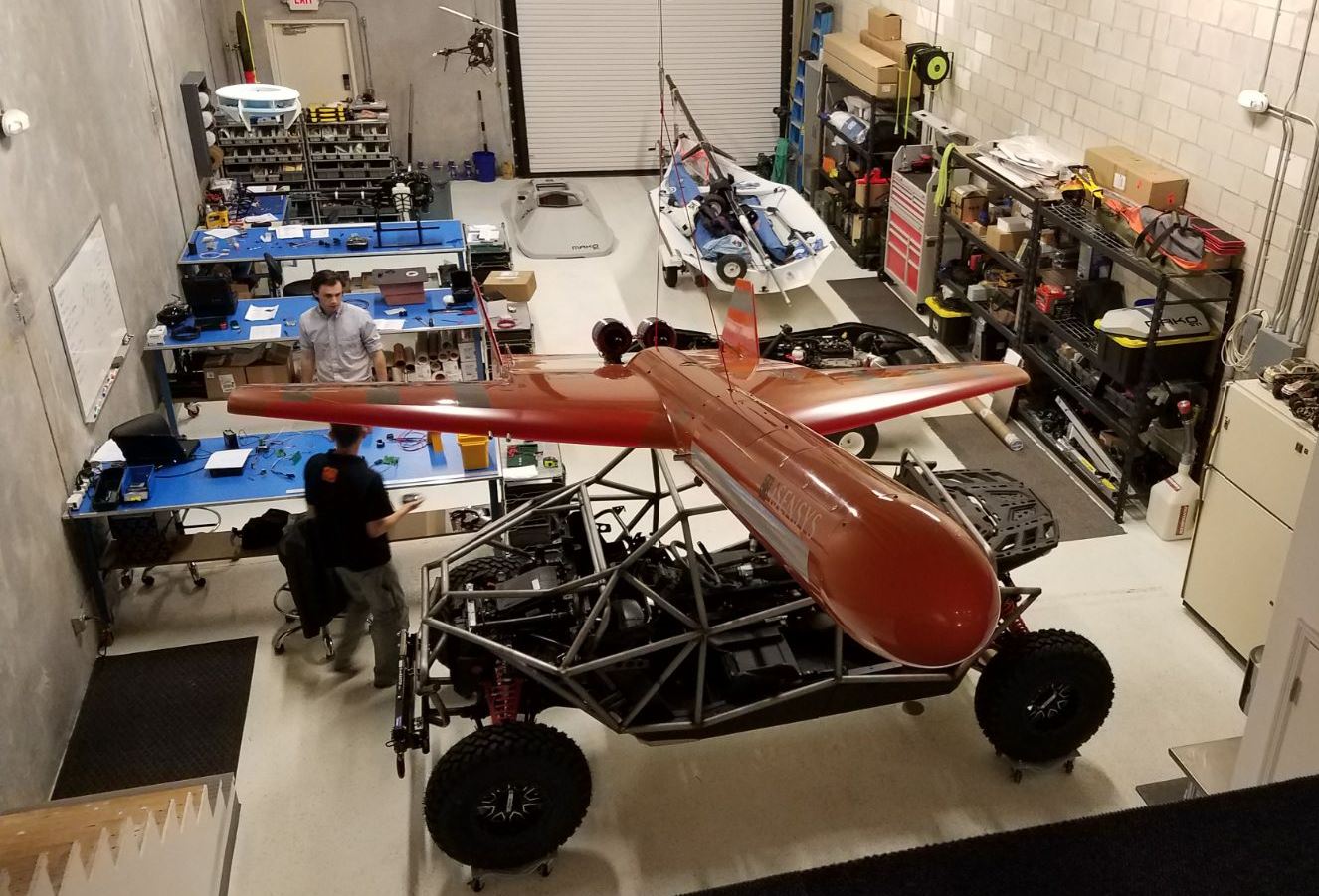 (Image: One of Aeronyde's four units in Melbourne, shared with iSENSYS)

The implementation of this technology into public use, however, is not likely until five to 10 years ahead. As a developing industry, the team has to overcome many challenges.

"The challenges we’re thinking about a lot are cybersecurity and security of design: if you’re flying things, they need to be absolutely secure. We’ve been looking at different models for that, potentially blockchain technology," said Zane Groshelle.

"Another challenge is public acceptance and use cases that really benefit people. We’re mindful of trying to have human-centered applications at the heart of everything we do, not using drones for the potentially scary applications, but making sure that they’re helping people and that the power of this technology is responsibly managed."

Said Muñoz, "In the sense of technology – the industry has some difficulties in the communication aspect. That’s because of the one-on-one, unilateral communication. So far, we haven’t been able to test it live. We run simulations, we’ve got the numbers and theory, now we have to prove that drones can communicate with each other in real time as we envision it."

"The end project is complex, but it’s manageable because technology exists out there. It’s just a matter of coming up with the formula to get answers to those questions. Which sensors does the device need on board? Does it need a camera for surveillance? Does it need a package carrier system? Does it need to carry medical equipment? Those are things that we really look into figuring out, because the complete system incorporates many stakeholders."

"For us, it’s this innovation waiting to fly, getting the codes written, but another real difficulty is managing growth, sustaining it as a business. We have been able to grow very quickly through our partnerships and we hope to continue that growth in the next 10 years."

Aeronyde's partnerships include iSENSYS, JASTech, Unifly, Police Foundation, and the Global UTM Association, as well as some state administration entities.

JASTech is a publicly traded Korean company, manufacturer of OLED/QLED display and electronics, and is the lead investor in Aeronyde this round. The team expresses excitement to have the giant onboard with the project.

All other investors were private, with support coming from family and friends.

Another one of Aeronyde’s big partners is IBM Watson, which joined to create the first AI-enabled autonomous system for drones to be safely managed in urban areas. The testing planned in 2018 will run simulations with IBM to gather data, to later carry out a use case with police officers to figure out the standards and regulations to be adopted by the government for unmanned aerial vehicle (UAV) flights.

Real-life testing will help answer questions such as how much distance should be kept between drones in flight, something like air traffic control.

"There needs to be a tested and regulated system in place before the industry will allow commercial use of UAVs. Right now, the government recognizes that they don’t have the technical expertise to set the standards alone, so this will be a public-private collaboration, which we’re excited to be a part of," said Groshelle.

"This will be similar to what they have done with self-driving cars – setting safety standards and developing solutions, and working together to figure out what those need to be through testing."

"This three-year program gives the power and ability for local state governments to come up with regulations and standards, and in that initiative, the DOT requires that these lead applicants partner with private companies like us."

As to competitors in the industry – there are none yet, the team claims. There are hardware, mission planning, air access, and remote control makers, but Aeronyde is creating the first full-service model.

"It is better for the evolution of this technology if we are fully in control of it. There is a big gap between the device manufacturer and a software developer in our industry right now. If a company doesn’t see a robot in practice, it doesn't see the inefficiencies that various interested parties may have. We saw these problems, and that’s how we know that we need this full-service system," said Muñoz.

Said Groshelle, "We recognize that this needs to be a collaborative effort as well. Certainly, it’s a competitive market (Amazon, Uber, and Lilium being potential competitors), but in this stage of the tech today – the industry is open to working together, and it’s our mindset. We consider how we can bring this tech forward in the most thoughtful way and not interfere with other systems."

My last question was about Melbourne. Located here is Florida Institute of Technology, a private university known for its programs in science, technology, engineering, mathematics and aviation, and Aeronyde employs several FIT interns. However, why else did the team decide to launch the project in a remote quiet location?

"We are 25 minutes south from Cape Canaveral, where NASA leads research parallel to the UTM industry. We are in a community that is already embedded with the FAA, that sent people up on the moon and into space," he said.

"We’ve partnered with companies here, and it’s critical that we’re hand-in-hand working with our engineers, being onsite every day, making sure that the iterations we’re working on are successful. There is money on the west coast, and I’m sure we’ll be there very shortly; however, the think tank is here, as well as the people who shaped the way we view aviation."

Muñoz’ calling the company Aeronyde shows his view of the project. Aero – for “air,” and nyde – meaning “enjoy” in Danish. “Enjoy the air,” he explains, and this playful thought is what hides under all seriousness of the innovation that will, just some years from today, change the way humanity will see the skies.

Today there is no regulated urban traffic management system in place for low-altitude UAVs that people and cities can trust.

Aeronyde’s UTM "traffic management" ecosystem ensures UAVs are manned in a safe, transparent and secure way. With thousands of hours of testing and data from top organizations including NASA and (add partners here) Aeronyde has insights that no other company has today.

With Aeronyde, UAVs are capable of performing complicated tasks on their own, and avoiding hazards such as flocks of birds, buildings, power lines, weather, and other UAVs. 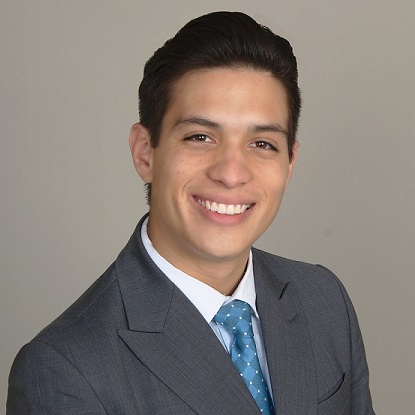