Challenges HR faces using AI to hire from within

AI will flourish once data is collected, organized, transparent, trusted 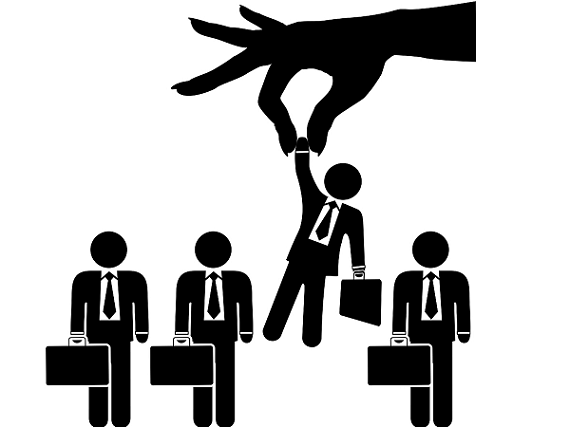 How artificial intelligence is being used to hire new talent is a trend I explored in a previous essay. In that piece, I briefly noted the apprehension some companies have to fully integrate AI into their recruiting processes, partly due to concerns that machines lack interpretative skills when it comes to judging character.

No doubt these skills are already being learned by computers and very soon will be applied inside Human Resources departments. The promise of AI to increasingly automate simple to more complex aspects of the hiring process is also certainly anticipated. But the hurdles are just as real.

To this end, it’s worth highlighting why some HR professionals are hesitant to fully embrace AI. More importantly, I wanted to share the challenges companies face when trying to use AI when recruiting from their own talent pool. After all, companies have a pipeline of ready talent that is often overlooked.

In this piece, I’ll explore some of those stumbling blocks, such as the lack of specific data collected and nervousness around data interpretation; lack of data transparency across company lines; and when AI becomes more trusted and accepted in talent evaluations, the types of characteristics HR leaders would like to be identified.

There are numerous benefits to hiring internally. The average cost of finding and hiring someone from outside a company is more than double what it is to find someone already working at the company. Moreover, up to 60 percent of hires from external sources are not successful in their new positions, compared to only 25 percent of people hired internally.

While relatively low, the 25-percent figure could be even lower if employers knew which jobs their workforce would thrive in, based on past successes. It would be useful to have a record of who was and who wasn’t successful in their positions, said Connia Nelson, VP of Human Resources for LifeWay, one of the largest providers of Christian resources.

“I think you could build profiles that showed what a successful candidate would look like based on enough data collected around individuals, their backgrounds, where they were successful and where they achieved,’” she said, referring to a time when she had to fill a customer service role and discovered people who came out of financial institutions were more likely to be successful in a shorter period of time in that particular role vs other candidates.

If those data profiles existed and were collected, AI could have been trained to help make that correlation for her, she explained.

Even so, the reliability of that correlation is still a concern. “I do think you have to be very careful that you don’t start to label and pigeonhole people,” she said, suggesting you don’t want to assume a person with a finance background would be great at customer service. “You would want to make sure you use these kinds of instruments in ways that have no adverse impact.”

Lack of reliability has JustAnswer, a professional Q&A site that connects 12,000 Experts with more than 20 million customers each month, using AI to weed out consultants who are an obvious non-fit. This is because it would be less damaging to accidentally get rid of a good expert than to keep on a bad one.

“Currently, we probably use AI more as a tool to screen for warnings in performance versus using machine learning as an example of good performance,” said Kari Novatney, VP of People Operations at JustAnswer. “I think for the examples of good performance, we use more qualitative like reviewing interactions or sharing best practices, showing models of great behavior. I’d love to think about ways we could use AI for more of the positive indicators.”

Rob Swanson, Senior Vice President at Wells Fargo, echoed the same sentiments at his own company, which is the third largest bank in the United States with $1.95 trillion in assets. The sheer magnitude of testing a system’s reliability to ensure functions and then implementing it into a company the size of Wells Fargo is an enormous undertaking.

“Finding the right talent within our own organization can be really challenging because we don’t necessarily see across all lines of business at Wells Fargo that have very good people with great experience that can solve a business need, whether it’s immediately, three, five or seven years down the road,” said Swanson.

“If there was a way to use artificial intelligence, that could potentially increase the pool of diverse candidates while gaining insight into how that individual might act or behave in a market through the lens of multiple customers and team members.”

How a person may act in situations comes down to their “soft skills” -- their initiative, creativity, their assertiveness. Those characteristics as well as a person’s instincts and common sense are hard to evaluate, even for humans. But if machines can be more dispassionate and objective, this is where AI could flourish -- identifying soft skills -- the intangibles that make a person the right or wrong fit for a certain position.

“To really able to understand soft skills and qualitative components of candidates, will be really important to us,” said Swanson. “We think about that a lot but like many other companies, we don’t have tools to execute against it.”

“AI enables us to analyze massive amounts of data to understand how each Expert is performing from a quantitative perspective,” said Novatney. “Our algorithms identify top-performing Experts in terms of customer ratings, the number back-and-forth interactions per question, time on the site, being selected as a “favorite” by customers, depth of the response and speed of reply. But capturing soft skills data with AI is still untapped, which is why we use a hybrid model.”

According to JustAnswer’s Novatney, human oversight complements AI to create a complete quantitative and qualitative view of Expert performance.

“‘Bedside manner’ is a skill we are currently measuring by a qualitative review from secret shoppers, our advisory board and regular audits of our answers,” continued Novatney. “Transitioning more of this process to AI is a goal, using sentiment analysis and NLP.”

Novatney went on to say that the key factors in identifying Experts with exceptional bedside manner are problem-solving skills and adaptability. “Identifying Experts who adapt their bedside manner to soothe anxious customers and follow up to find out how things are going even after a question has been answered is key to ensuring an exceptional user experience. As we hone our technology, I believe that we can transition more of this responsibility from our team to our AI.”

At Wells Fargo, people as a competitive advantage is one of the company's core values. Therefore, it is essential to be both diverse and inclusive, according to Swanson.

“At the end of the day, in financial services, our product is providing great service & advice; and being a service-driven organization, it’s really important to provide sound advice that’s predicated on, often times, years of experience a person has had performing at a high level. That’s really difficult to discern from looking at someone’s resume,” he said. “Drilling down into AI, leveraging social media and getting reference checks on people is really important. Before we make final hiring decisions, we put candidates in front of our broader team, and to narrow down the pool of candidates, it’s really important that we have a good grasp on soft skills, for example, their sense of urgency, level of intellectual curiosity and whether they passionately care about our business.”

A return to the old days?

What it means to be employed now is different than in decades past. Studies have shown that, over the last 20 years, people have started to job hop more and more. If you graduated from college in the latter half of the 1980s, you averaged 1.6 jobs. Jump to those who graduated in the latter half of the last decade, it’s now 2.85 jobs. The days of starting with a company and sticking with it for life seem to be a thing of the past.

But perhaps not, if artificial intelligence can bring those days back by giving companies the tools to fully understand their employees, allowing them to retain their best people for longer periods of time.

Once that technology takes off, not only will it be able to tell companies who their best prospects are, but which of their existing employees would be a good fit for another position and how to put each employee in the position to potentially stay with a company for the long term.

We believe our technology can drive real and needed progress in the Human Resources industry.

Current data-driven solutions don’t actually help HR practitioners deepen their understanding of the connections between talent and business goals. In 2014, we began creating solutions that truly augment human intellect and transform how talent strategies are approached. 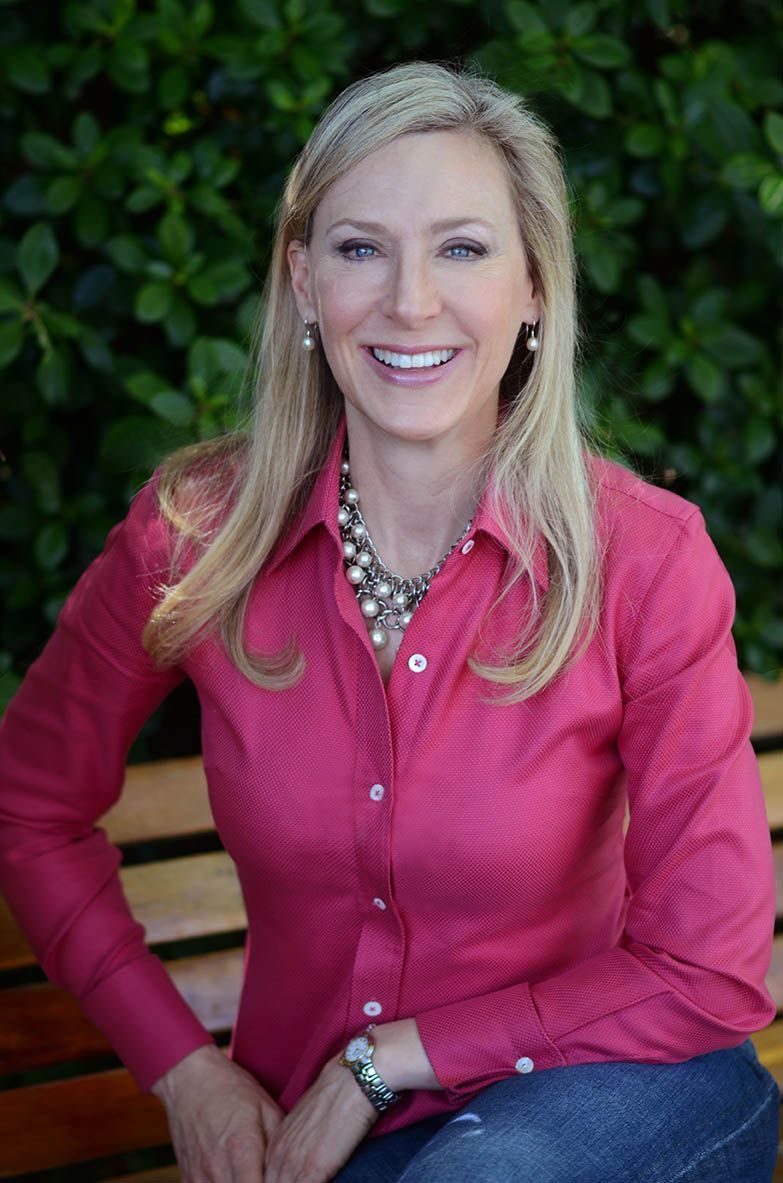 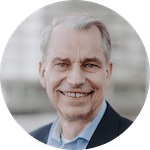