Motion AI technology will be integrated into HubSpot, which was previously a Motion AI customer Automation and artificial intelligence have become ubiquitous in tech startups. I've had some investors tell me that they don't even see these as separate spaces anymore, since every single company has to have them as part of their business model. They are no longer optional, for better or worse.

Inbound marketing and sales platform HubSpot is no exception. In June, the company bought Kemvi, an artificial intelligence and machine learning startup that helped sales representatives deepen their relationships with prospective buyers. And now it's gone and made another acquisition in this space, picking up Motion AI, a company that develops and trains chatbots. No financial terms of the deal were disclosed.

Originally launched on Product Hunt in November 2015, Motion AI's technology allows users to build, train, and deploy AI robots without knowing how to code. Bots can be built for SMS, email, FB Messenger and Slack.

Since May of 2016, Motion AI has facilitated more than 40 million total messages. One of its customers had been HubSpot, along with T-Mobile, Sony and Liberty Mutual. Pricing starts with a free version, with a maximum of two bots and 1,000 messages a month, and goes as high as $100 a month for 50 bots and 50,000 messages a month.

It was revealed that Motion AI's technology will be incorporated into the HubSpot platform over the next several months, "with the team working to create tools that help users automate important tasks, scale conversations, and proactively engage and acquire new customers."

HubSpot plans to reveal more about the integration next week.

Despite the integration, Motion AI insists that nothing will change for its customers, at least not for the time being. Pricing will stay the same, as will access to support and bots will continue to function.

"Over the next several months, the Motion AI and HubSpot teams will be focused on aligning our technology and building new features that combine the power of bots with the rich data and insights of HubSpot. During this period, we want to continue providing our existing Motion AI customers with the high level of service they’ve come to know and appreciate," the company wrote.

However, it has "decided to put a temporary pause on brand new signups."

"Eventually, we’ll get to a place where Motion AI is fully integrated with and built into the HubSpot product. Our journey there might include a few bumps along the way. That said, we still want to enable you to experiment, build bots, and continue on with all the cool stuff you’ve been doing. We promise to be totally transparent. We’ll let you know as new functionality becomes available and fill you in on what to expect if we make changes to any of the existing features you’ve been enjoying."

This is not the first time HubSpot has experimented with chatbots. In July of last year, the company unveiled GrowthBot, a personal assistant for marketing and sales, which came out of HubSpot Labs.

For HubSpot, chatbots are an essential part of keeping up with competitors.

"It's impossible to ignore the impact of chat and messaging, not just on the way B2B companies operate, but on society as a whole. We're in the midst of a massive shift as businesses embrace this new platform and consumers come to expect more immediate, always-on communication from brands," Brian Halligan, co-founder and CEO of HubSpot, said in a statement.

"HubSpot's mission has always been to build technology that helps SMBs grow and evolve with changing consumer behaviors, and acquiring Motion AI is another great step in that direction."

Do you have a startups in the spaces of Deep Learning, Machine Learning, Augmented Reality, Internet of Things, Virtual Reality, Artificial Intelligence, Analytics, SaaS? Samsung NEXT Start is seeking to invest between $100k and $1 million in pre-seed and seed-stage startups solving hard problems using bleeding edge technologies. Apply here today! 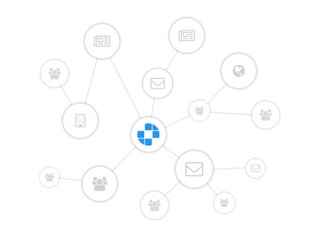