Microsoft, Google, Facebook, Amazon and Slack have all made chatbots a key part of their strategies

2016 was the year that chatbots went mainstream, with companies like Kik launching their own bot stores, and companies, such as Shopify buying chatbot companies to help businesses market their online stores.

Chatbots are becoming the defacto service reps for major companies; rather than having to pay someone to answer simple and frequently-asked questions, they can have a robot do it.

While there will be plenty of startups in the chatbot space that raise money -- in fact, VC investment in chatbots were up 229 percent in 2016 -- it will be, as always, the larger tech companies that are leading the charge, providing the platforms for those bots and the technology that allows them to thrive.

Here are some of the major companies and their strategies for chatbots.

Facebook chatbot strategy mostly revolves around using its popular Messenger app to allow its users to get better customer service. The platform currently sees more than 1.2 billion people using it every month.

In March of 2015, Facebook announced the launch of the Messenger Platform, which allowed developers to create apps that integrate with Messenger. The company introduced bots on messenger at its F8 Conference in 2016 and since then over 100,000 bots have launched, and over 100,000 developers are building bots for Messenger. More than 20 million of the 70 million Pages on Facebook are now active on Messenger and more than 2 billion messages are sent between people and businesses each month.

At this year's conference in April, Facebook announced Discover, which showcases popular bots in our ecosystem, nearby places that people can message, and businesses that offer support or answer questions; chat extensions, which allows people to contextually bring a bot into a conversation; and Parametric Messenger Codes, to better drive offline-to-online traffic to bots.

In addition, Facebook also launched its own AI-based assistant, called M, back in 2015. It got a major update in June of this year.

Google's chatbot is called Google Assistant, which it unveiled in May of 2016.

"Ask it questions. Tell it to do things. It’s your own personal Google, always ready to help," the company says on the Google Assistant homepage. It can be activated by voice or text.

It can be used at home, with a device that looks like this: 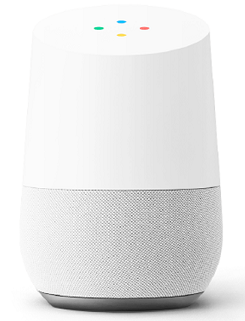 It can also be used via mobile device, wearables or, soon, on a TV.

At the same time, Google also unveiled a smart messaging app Allo, which has Smart Reply built in, so users can respond to messages without typing a single word. Smart Reply learns over time and will show suggestions that are in the user's style.

Like Google, Amazon's chatbot strategy is centered around a voice activated device, called the Echo, through which customers can talk to Alexa, an intelligent personal assistant. You've probably seen the commercials, which used to have Alec Baldwin asking Alexa to buy him socks. It was riveting!

Alexa's interface can integrate with a number of different smart home devices and products, essentially turning it into an IoT hub.

In November of last year, Amazon announced that it would make the speech recognition and natural language processing technology behind Alexa available for developers under the name of Amazon Lex. This new service would allow developers to create their own chatbots that can interact in a conversational manner, similar to Alexa.

Last year, Satya Nadella introduced its new conversation as a platform strategy, which included making tools for building bots available to developers, and then linking those bots to digital personal assistants, such as Cortana.

However, Microsoft has run into some trouble with the launch of its chatbots, serving as a cautionary tale of what can happen when a robot is trusted to do a job. Everything they know is based on data, and if they start picking up on the wrong information, the results can be pretty alarming.

Last year the company released Tay, an artificial intelligence-powered chatbot. Eventually Tay started mimicking the offensive behavior of Twitter users, including racist and homophobic language, and the company eventually had to take it down and apologize.

Not that the company gave up. It subsequently released a bot called Rowe, which gathers articles that the users will want to read based on their interests, with personalized suggestions based on a user's social media likes. Problems popped up again, though, with Zo, which has reportedly made disparaging remarks about the Qur'an.

Unlike some other companies, Slack seems more interested in allowing others to build bots for its platform through its API, or to fund already existing companies that it can integrate with, rather than building a bot of its own.

In 2015, the company announced the creation of an $80 million fund, the goal being to give support to developers who want to build their app for the Slack platform, as well as other apps the company can integrate in the future.

The first batch of investments to come out the Slack Fund was unveiled in July of 2016, then the company revealed that it had invested in another 11 companies in the beginning of this year.

The company opened its business platform at the beginning of 2016, which included its BOT API, which it initially made available to 10,000 developers. In September, it introduced its Messaging API, to make it even easier to create chatbots on the platform. It included new message types sent by chatbots to "allow companies to realize a smoother LINE-based contact point with users for their services and content."

It also unveilved the LINE BOT AWARDS "to recognize accounts providing new value to the user experience through the power of chatbots."

Nuance has its own chatbot called Nina, which can be added to a website, app, text messaging app, mobile browsers, or home speakers like the Amazon Echo.

"Nina enables an intelligent, human-like dialogue between consumers and your brand. A rich set of features, including the ability to understand complex inquiries, ask clarifying questions and personalize responses, helps brands to deliver a superior customer self‑service experience. Nina is a well‑designed virtual assistant who can reflect your company’s unique image and tone, resulting in a strengthened brand," the company says.

In June, Nuance Nina was ranked at the #1 Chatbot Vendor by Forrester. 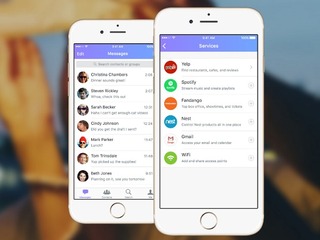 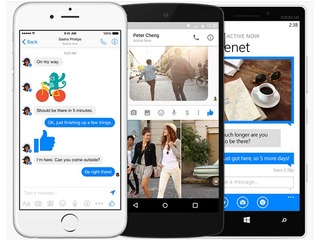 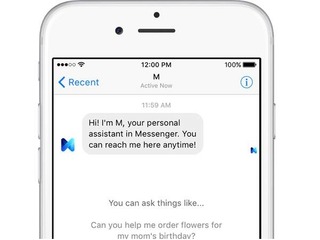 Foursquare launches a bot for food and drink recommendations