How does trivago make money? 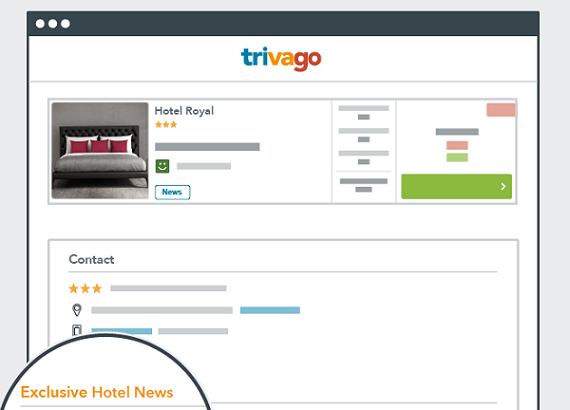 Thanks to search engines like Expedia, Orbitz, Hotels.com, Priceline and Travelocity, we've all gotten used to buying our own flights and hotel rooms at the click of a button. It's hard to believe that it ever wasn't like this. Actually calling a travel agent, or a hotel, to make a booking seems like something from a completely different world.

Also included in that list is German hotel search engine trivago, which allows users to compare hotel prices from more than 200 booking sites for 1.3 million hotels in over 190 countries. It has 1.4 billion visits annually to its sites.

So how does the company make money? Through referrals, meaning each time a visitor to one of its websites or apps clicks on a hotel offer in our search results and is referred to one of our advertisers.

Since trivago is a hotel price comparison website, the company charges its advertisers for each referral on a cost-per-click, or CPC, basis, rather than taking a commission for each hotel booked through its platform. Hotels are charged when a user clicks on an advertised rate for a hotel and is referred to that advertiser's website where the user can then complete the booking.

In a blog post last year, trivago explained how it determined CPC rates:

"CPC rates are often set through bidding. Hence, if you bid more, your ad will appear in a higher position: Higher rank usually translates to more clicks; however, the CPC will increase too. So if you bid too little, your ad won’t rank high enough to get a sound number of clicks; if you bid too much, you’ll possibly end up paying more to your publishers than what you can recover in sales."

Trivago also makes money from Hotel Manager Pro, the paid version of its B2B platform, which allows hoteliers to manage their presence on the Trivago site. The company offers Hotel Manager for free, which over 280,000 hoteliers used in Q1. Only around 30,000, or roughly 11 percent, subscribed and paid for Hotel Manager Pro.

Features that come with Hotel Manager Pro include the ability to promote new facilities, local news or any other updates in a prominent area on the hotel's profile, as well as more prominent contact details, including a direct link to the hotel’s website, telephone number and address.

Pro also gives hoteliers more data, including the top 10 nationalities of their potential guests, whether those guests generally travel for business or pleasure, and how long they tend to book for. They can also compare their performance to other hotels, as well as gt a forecast of the six months.

The company made just €3.4 million from Hotel Manager Pro subcriptions in Q1, a 41 percent increase in revenue year-over-year.

Expedia purchased a majority interest in trivago in 2013, acquiring 61 percent for €434 million. The company includes money made from trivago in its advertising and media revenue, which increased 47 percent in Q1.