Uber has seen a slew of bad press recently, including the departure of Travis Kalanick 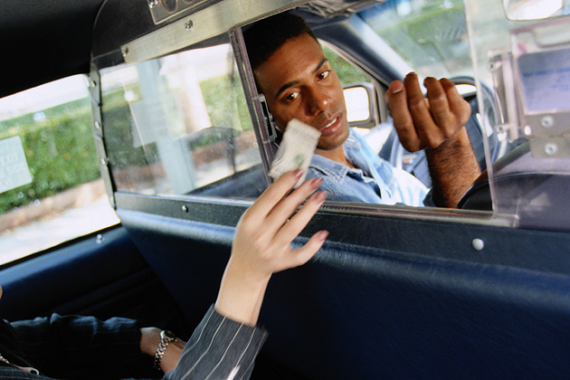 To say that Uber is having a tough time right now would be an understatement.

The company is currently reeling from multiple scandals, including those involving rampant sexual harassment, as well as the departure of numerous executives, including founder and CEO Travis Kalanick, who took a leave of absence earlier this month. Add all of that up and Uber's public image is pretty low at the moment.

In response to this avalanche of bad press, the company is in a vulnerable position. It was already in competition with services like Lyft for drivers, and these recent events can't be inspiring confidence in its workforce. So, Uber has decided that it's time to do some damage control, announcing on Tuesday a six month-long initiative to turn things around by appealing to its drivers.

"Today, we're making a commitment. For the next 180 days (and beyond) we'll be making meaningful changes & improvements to your driving experience. Some changes will be big, some will be small — all will be the changes you've asked for," wrote Rachel Holt, Head of US Operations, and Aaron Schildkrout, Head of Driver Experience, wrote, vowing to share those improvements once every month.

The big first change Uber is announcing: it's now allowing users to start tipping their drivers.

The rollout is going to be slow, starting with just three cities Seattle, Minneapolis and Houston "so we can create the best tipping experience for you and your riders," but it says that the feature will be available in all cities by the end of next month.

This is a pretty big deal for Uber, as tipping has always been a bit of a touchy subject for the company. While the pracice has been allowed on Lyft for years, Uber discouraged it, promising that it was already included in the fare.

That turned out to not be true, and the claim was part of a class action lawsuit brought against the company by its drivers in California and Massachusetts.

While Uber settled in April of last year, in order for drivers to remain independent contractors, the company was forced to pay out $84 million to the approximately 385,000 drivers represented in the suit. It will have to pay another $16 million if it goes public and hits a certain valuation. More importantly, Uber also agreed to a number of concessions, including new specific policies designed to give drivers greater transparency about what keeps them in good standing and what could boot them off the platform. That included clarifications regarding tipping.

In a post on Medium, Uber stated its reasons for not wanting to include tipping in the experience, including not wanting to incentivize drivers to go where tips would be highest. It also mentioned the possibility of bias entering into the picture, meaning that riders would tip more to certain people, and less to others.

"When we started Uber six years ago, we thought long and hard about whether to build a tipping option into the app. In the end, we decided against including one because we felt it would be better for riders and drivers to know for sure what they would pay or earn on each trip — without the uncertainty of tipping," the company wrote.

While Uber did not implement a tipping function, it did clarify its stance on tipping on its website. This is it said about the subject, a policy it has now decided to change:

"The Uber app does not include a tip when billing you for a trip fare.

In most cities, Uber is a cashless experience. Tipping is voluntary. As a rider, you are not obligated to offer your driver a gratuity in cash.

If you decide you would like to tip, your driver is welcome to accept.

Where available as a vehicle option, uberTAXI is an exception. uberTAXI connects riders with licensed yellow cabs, and includes the option to set a gratuity percentage added to your trip fare."

So, after all of that, why is Uber now accepting tips? The company didn't say specifically, beyond noting that it's something that its users had asked for. It's not hard to see this entire initiative as one big PR move for a company that may be in danger of losing its drivers to a rival company. The company's feelings about tipping have likely not changed, but it is changing the policy to soften its public image.

VatorNews reached out to Uber for more information on its 180 day plans. We will update this story if we learn more.

In addition to adding in tipping, Uber also made a slew of other changes, most of them small. They include: a cancellation fee if a ride is canceled after two minutes, down from five; the abiity to set two trips a day; $2 additional base fare for teen riders, and more money for those trips; and, most importantly, drivery injury protection insurance. 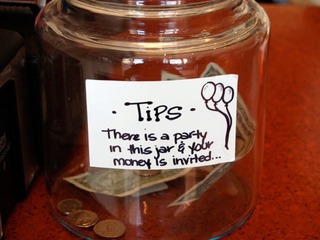