How does Crunchbase make money?

Crunchbase used to rely on advertising, but now makes money from premium products and its data 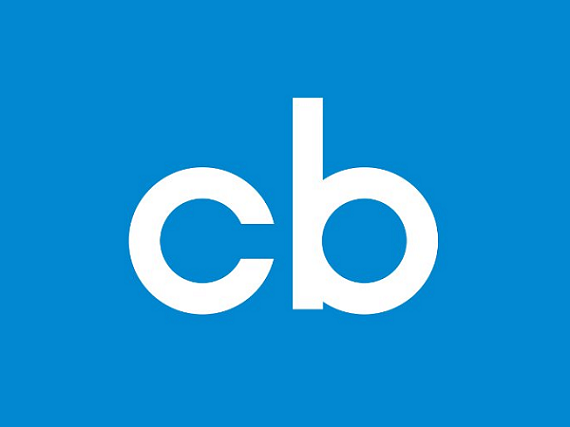 Crunchbase is a valuable resource for anyone looking for insights into companies and investors, including journalists, job seekers, venture capitalists, sales reps, and major brands. I personally use it almost daily, and it’s the site I turn to whenever I need to find companies in a specific vertical, or to find out how much a company has raised or even to find out how to best contact a startup.

The startup and investor database began life in 2007 as a subsidiary of TechCrunch, before becoming a part of AOL, after its purchase of TechCrunch back in 2010. When AOL was itself acquired by Verizon in 2015, Crunchbase spun out, becoming its own company with $6.5 million in Series A funding from Emergence Capital.

That change in status came with a change in business model. Crunchbase, historically, made money by selling advertising on its site. Since becoming its own entity, though, it has begun relying less on advertising, which is increasingly a smaller and smaller proportion of its income, and more on premium products that it sells on a monthly recurring basis.

Its first premium product, launched in September of 2016, is Crunchbase Pro, which offers users the ability to do deeper queries, including finding out more about things happening in specific industries or a specific location.

"Crunchbase Pro is a business application that enables Crunchbase users to run advanced searches of the Crunchbase dataset to pull lists of companies, people, and investors matching their needs, and set up custom monitoring of the profiles they care about," Jager McConnell, CEO of Crunchbase, told me.

Some of the features that come with Pro include excel exports, alerts for new target profiles, and basic analytics tools right in the Web interface. Pricing for Pro starts at $29 per month.

"For businesses and venture capital firms that want to run deeper analysis or use the data in their own CRM or BI tools, Crunchbase Enterprise provides custom exports and API access, as well as Crunchbase Pro. This is a solution for larger or more sophisticated sales teams, and businesses driving innovation within their brands," said McConnell.

Crunchbase Enterprise customers also get Salesforce integration, which allows them to enrich Salesforce with Crunchbase data. Crunchbase can then automatically push updates into Salesforce, on the companies that those users are following.

In addition to its premium offerings, the company also makes money off its data, making its API available to companies to augment their own applications.

Crunchbase for Applications is sold as an annual license to incorporate Crunchbase into products like Outreach.io and Pitchbook. Pricing is customized for each application, and the Crunchbase accounts team works with each company to create a bespoke solution based on the application.

"Crunchbase users access the data in different ways, and have a variety of reasons for wanting to use the data to meet their business goals faster. Crunchbase has created custom revenue streams that make the data available to all these users at a desirable price point based on each use case - including the free website," McConnell told me.

Since spinning out in 2015, Crunchbase has raised $26.5 million, including an $18 million round in April. It now sees more than 27 million annual visitors. 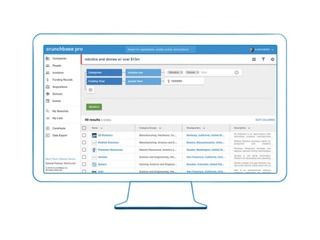 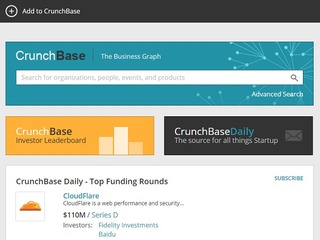 So long, AOL: CrunchBase is becoming a stand alone company