Now that he's left VC behind, what will Chris Sacca do next?

He could be an entreprenuer or a TV show host, but one thing he won't do is run for office 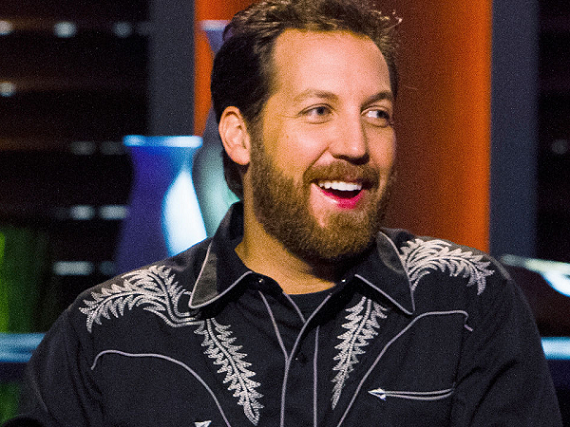 Chris Sacca has had a career as a venture capitalist that would make almost anyone jealous. The founder of Lowercase Capital, which he started in 2009, put money into a list of companies that are essentially a who's who in Silicon Valley, including Twitter, Kickstarter, Instagram, Medium, Blue Bottle Coffee, Getable, and Uber.

Having already achieved major success in this one area of his life, Sacca is now ready to move onto other, presumably bigger, things, revealing in a blog post on Wednesday that he is retiring from venture capital.

This news isn't all that surprising since Sacca has only been investing part time for a while now. In 2013, he brought on Matt Mazzeo, a CAA business development executive, to take over the day-to-day leadership of the fund. Not being fully committed to being an investor is one of the reasons he decided to leave, he wrote.

"The only way I know to be awesome at startups is to be obsessively focused and pegged to the floor of the deep-end gasping for air. I succeeded at venture capital because, for years, I rarely thought about or spent time on anything else. Anything less than that unmitigated full commitment leaves me feeling frustrated and ineffective."

Mazzeo will continue to lead the firm and will be announcing "something exciting" soon. VatorNews reached out to Mazzeo to find out what this means, including if it's a new fund (the firm last raised one in 2014). We will update if we learn more.

With Lowercase and investing behind him, the big question now becomes: what does Chris Sacca's future look like? Here are a few of the things he might want to tackle next:

He could host his own TV show!

If there's one thing that Sacca is known for outside of the tech world, it's being one of the hosts on Shark Tank. In his post, Sacca revealed that he won't be back on the show for the upcoming season, and that his co-host Mark Cuban is really, really going to miss him (the same probably can't be said of co-host Barbara Corcoran, who called Sacca, "probably the most arrogant Shark we've ever had").

Sacca made sure to note that he will remain an ever-present entertainment personality, including playing himself on the pilot episode of a new sitcom based on The Startup Podcast.

"TV stuff can be a hoot and I learn so much by interacting with audiences outside of my bubble. Even the quirkiest opportunities, like my upcoming appearance on Celebrity Family Feud, have taught me something and brought me a lot of laughs," he said.

If he does turn himself into a full-fledged TV personality, he'd be taking the same road as Mad Money host Jim Cramer.  To get a sense of what that might look like, here's a video of him arguing with Cuban and the other Shark Tank hosts over an investment in Brightwheel:

He could start a company!

When I heard this news, I was trying to think of another big name venture capitalist who walked away while still at the top of his game. The first name that came to mind was Kevin Rose. The founder of Digg, Rose joined Google Ventures in 2012, and then left to start a new company called Watchville, a news aggregation app focused on wristwatches, in 2015.

Rose did come back to investing, joining True Ventures in April of this year.

He could run for office!

Sacca is no stranger to politics, having worked on Barack Obama’s 2008 campaign as a Telecommunications, Media, and Technology advisor, a speaking surrogate, a field office volunteer, and as Co-Chair of Finance and a Trustee of the Presidential Inaugural Committee. In 2012, he worked as a National Finance Committee member, a host of the President’s own technology roundtable series, and as a Co-Chair of Tech for Obama.

He is also a vocal opponent of Donald Trump. Here are some of his repudiations of the current President:

"I do not think, for whatever fluster comes out of his mouth, I don't think Trump is a successful business person. I think he's a fake," he said in September.

"They are desperate for surrogates to get behind Trump and they can't find anyone who has actually had genuine success who is willing to stand behind him. That is because he is all smoke and mirrors. We know he doesn't have all the money he claims he has," he told CNBC in October.

"What I can’t accept are when institutions of the country that I feel such a proud citizen of are degraded, violated, and just demeaned — I’m talking about the kleptocracy; the lack of disclosure; the abuse of press; the nepotism; the deep conflicts; the praising of despotic foreign leaders; derogating the military, and on and on and on. The idea that we have a serial sexual abuser and pathological liar in that office right now — this has really been hard for me. I haven’t been able to strike a balance in it yet," he said at SXSW in March.

So, given his experience and his obvious distaste for the current leadership, would he actually run for office? In his retirement announcement, Sacca made the answer to that absolutely clear: no, he won't. That doesn't mean that he won't continue to be involved in politics, though.

"I am spending a great deal of time meeting with all of the beautifully spontaneous and decentralized organizations that have been popping up in the wake of our electoral calamity as well as dozens of candidates at all levels of government. I find so much hope in the new wave of leaders and builders who are standing up during these times and I want to be there to support them. I will have more to say about this in the days ahead, but, you know the drill," he wrote.

He could be a stay-at-home dad for a while!

If he really wants a tough job, he could spend more time with his three kids, all of whom are under six.

Clearly, he's a guy who's committed to spending time with people he cares about, otherwise he's "frustrated" and "ineffective." What better time to dedicate more time with his little ones?

After all, these are precious years, and ones that will never come back.

Starting a company; Standing for a cause; Hosting a TV show. There's time for all of this later. 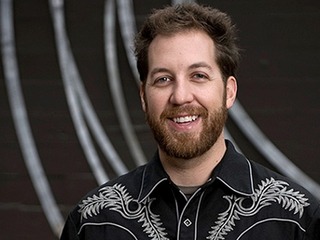