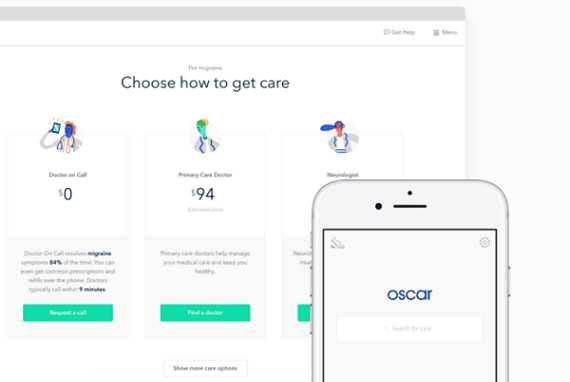 With the fate of the Affordable Care Act still unsettled, and the healthcare exchanges it created potentially on the rocks, Oscar Health is making the smart move: it is branching out beyond its current offering, launching a product tailored to small businesses and their employees.

The company has began rolling out its new product called Oscar for Business, it was announced in blog post on Tuesday.  The idea is to allow small business owners, with 100 employees or less, to offer Oscar Health plans to their workers, rather than having those employees have to purchase the insurance themselves.

Right now "the vast majority of Americans with health insurance don't buy it on their own—they get it through their employers," Mario Schlosser, Founder and CEO of Oscar Health, wrote, noting that part of the idea for Oscar for Business came from the members who were forced to leave Oscar once they took a full-time job, even though they wanted to stay with the insurance they already had.

"At the same time, we saw too many Americans stuck with frustrating, complicated health insurance at their jobs, looking for something better. Oscar’s mission is to help everyone get the healthcare they deserve. We knew we needed to offer Oscar to employers to make it happen."

Oscar for Business plans include a dedicated Concierge service for members, free Doctor on Call 24/7, step tracking that earns users $1 per day and free preventative care. It also integrates with hospitals and physicians, including Mount Sinai and Montefiore. Users can track their lab results from lab partner.

The company has also opened an Oscar Center in Brooklyn that is exclusive to Oscar members.

Oscar for Business, which first launched in limited capacity three months ago, is currently only available in New York City, and the company promises that it it has plans to expand to other markets "soon."

The timing of this rollout would seem to coincide with a time when Oscar's business model, predicated on the exchanges created by the Affordable Care Act, seems to be potentially hanging in the balance. While Oscar started in 2013, before the ACA was upheld by the Supreme Court, the bill played a major role in the company's ability to succeed, putting it into the same league as the large, incumbent players.

Recently, though, there have been signs that those exchanges may be in trouble. UnitedHealthcare said last year that it lost $1 billion on its ACA plans. More recently, Humana said it would exit the exchanges in 2018. Even Oscar pulled out of exchanges in New Jersey and Dallas, two of its seven markets.

With Oscar and other insurers pulling out, and the company losing money, it might seem that the launch of Oscar for Business would be a way to potentially avoid any pitfalls if the ACA were to

The timing of the launch doesn't have to do with the ACA, the company told me, and Schlosser has said that he still has faith in the health of the exchanges.

At Vator Splash Health last month , Vator CEO Bambi Francisco sat down with Schlosser and asked him if he agreed with Aetna CEO Mark Bertolini, who said that the exchanges are on a 'death spiral'.

This was his answer: "We don't see a sign that the exchanges are in a death spiral right now. The first sign actually is the enrollments. Prices increased from 2016 to 2017 by 25 percent nationwide; it was sort of like a reset year for premiums. Insurance finally had enough data to figure out where the risk truly is in the individual markets, and, yet, enrollment didn't drop very much," he said Schlosser, a sign that it wasn't only sick people who were staying with the exchanges.

He did admit, though, that the exchanges need "heavy fixes." 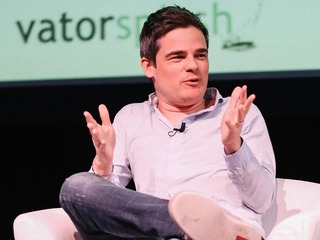 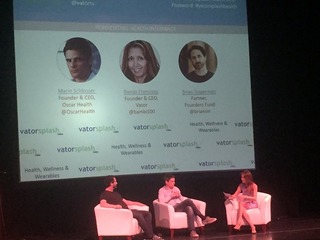 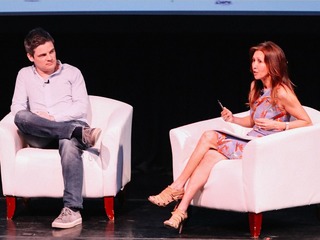