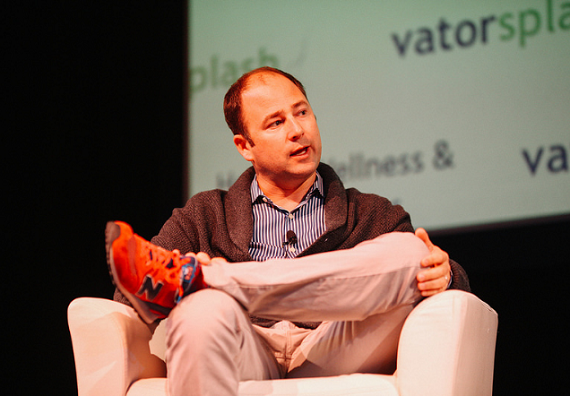 At Vator Splash Health on Thursday, Vator CEO Bambi Francisco sat down with Owen Tripp, co-founder and CEO of Grand Rounds, an employer-based solution that gives employees and their families better technology, information and support they need to make healthcare choices.

Part of what had made Grand Rounds such a successful service, having raised over $100 million in venture funding, is its ability to connect patients and doctors, but that's not the only thing: it also has the ability to reduce the cost of healthcare for employers.

"How do you sell this additional benefit to employers so that they understand that this is, economically, the thing they should do? Because it's an added expense," Francisco asked, noting the rise in premiums, which have gone up 50 percent since 2008.

"We started the company to take care of patients because we all had that personal experience with this, and, when we get sick, we want access to experts, we want that doctor in the family, to guide us through. But it wasn't going to work, it wasn't going to scale, if we didn't find a way to make it tasteful, passable, saleable to the financial underwriters of this whole system," said Tripp.

Many of the clients that Grand Rounds pitches to have already indicated that they have a desire to use the service, and the cost savings is an additional benefit that the company can offer them to get them to buy the srvice.

"It's actually pretty cool because, for those of you who know the employer space, what's tough is the traditional ways of measuring reduction and spend are, 'I'm going to look at the trend this year to next year, or this period to this period. It's hard to ascribe the value, or the savings, to one specific vendor. We come in and we have the roster of cases we did and we say, 'Here's where we increased the cost, here's where we lowered the cost, here's where we didn't change the cost,' and we go case by case. So they can see, on a claims basis, the direct impact," said Tripp.

In terms of how the company is actually able to lower costs, Tripp gave the example of a cancer patient and someone who needs back surgery.

The cancer patient might need a new type of treatment and the doctor isn't even aware of yet, but which might raise the cost of care. The patient who needs back surgery, though, can get a different, more effective treatment that lowers the cost. On the whole, the savings outweight the additional cost for the other patient.

The company is able to save employers money by recommending more modern, cheaper and more effective treatments.

"If you know anything about back surgery, then you know that, by and large, it doesn't work. It doesn't actually deliver against the patient's expectation of reduced pain and increased mobility and so on and so forth. So we say,  'Look, this spinal fusion isn't going to work, let's replace this with something that will actually make you more comfortable and more effective to get you back to work,' and that would be a net reduction of whatever. So, then we tally all those up, and what you find is that you net a cost savings," said Tripp.

The conversation then shifted to the ACA, and what provisions Tripp would like to see to help drive lower costs in the healthcare system.

"To me, the critical part, that even seems to be under debate at this hour, is whether pre-existing conditions should be covered in any deployed version of Medicaid and Medicare. For me, I think any American should really stand up and say, 'That's gotta be covered.' That was one of the problems with the system before. Because what you create policy for doesn't reduce the number of sick people in the United States. We're going to have to deliver as much care, it's just a question of who's picking up the tab and whether those patients will receive preventative care and so on and so forth," said Tripp.

He also believes that anyone trying to lower costs should want more people to be covered by insurance.

"One idea that, I think, intersects with the commercial reality of entrepreneurs is, if you're trying to solve hospitals, you should want more coverage in the United States. Because if that doesn't happen, hospitals are going to be seeing these same groups of people, that those people are not going to be able to pay for their care, which is going to leave the hospitals with a ton of debt, which they had in the 90s, and that bad debt is going to stifle their investment and innovation in science and research and a lot of other stuff. That's a terrifying outcome for all of us if that happens." 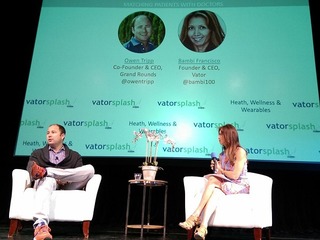 Owen Tripp: we spent $100M on matching patients with doctors