IPO activity more than doubled in the second half of 2016

There were 17 tech IPOs in Q3 and Q4, compared to 8 in the first half of the year 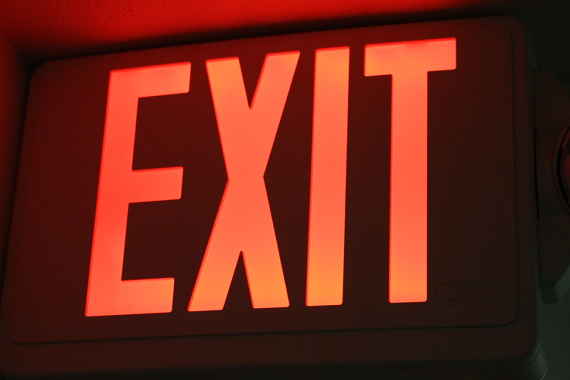 By all indications, 2016 was a rough on the IPO market, which was said to be on track for its worst year since 2009. Tech was hit especially hard, as just two companies went public in the first quarter of the year.

Perhaps as a result, there was an flurry of acquisitions instead, and the number of M&A deals shot up in the first two quarters, only to fall in the second half of the year, according to the Global Tech Exits Report from CB Insights, released on Tuesday. 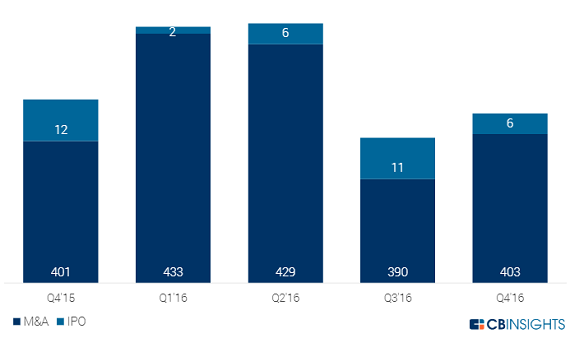 The number of European exits dropped 8 percent in Q4, from 293 to 267 quarter-to-quarter. That included 257 M&A deals, and 10 IPOs, the highest number in at least the last five quarters. Meanwhile, Asian exits fell 7 percent quarter to quarter, as M&A deals dropped 13 percent, from 97 to 84. At the same time, the number of IPOS doubled to 12.

The number of IPOs jumped 7 percent in Q4, which saw the highest number since the second quarter of 2015. The number of M&A deals dropped 1 percent quarter-to-quarter. 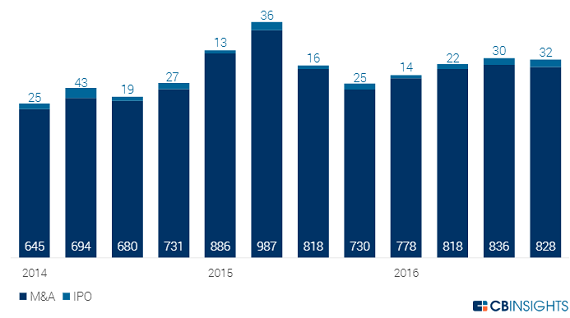 The future of the IPO market

While 2016 didn't see a lot of IPO activity, there are already signs that 2017 turn things around.

Specifically there's the looming IPO of Snapchat, which was said to have filed a confidential IPO in November, and which is possibly looking to go public early this year at a $25 billion valuation. If it does, it will be the largest tech IPO since Alibaba went public in 2014 for $168 billion. The company is reportedly going to reveal its S-1 filing this week.

Most importantly, if Snapchat does go public, it could spur other unicorns, such as Airbnb and Uber, to finally take the same step, shaking the cobwebs off the IPO market for good.

Some of the companies that CB Insights believes could be the next to take the plunge, included in its 2017 Tech IPO Pipeline report, are App Annie, Credit Karma, Zuora, Blue Apron and Thumbtack.

AppDynamics was supposed to be the first tech IPO of the year, but it was acquired by Cisco for $3.7 billion literally the day before it was set to go public last week. 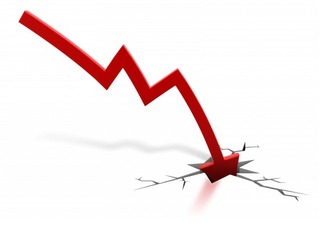 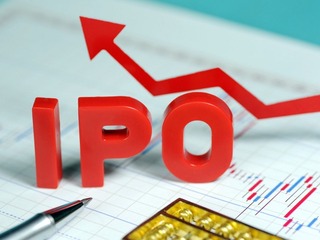 The iRhythm IPO is the latest sign of a resurgent market