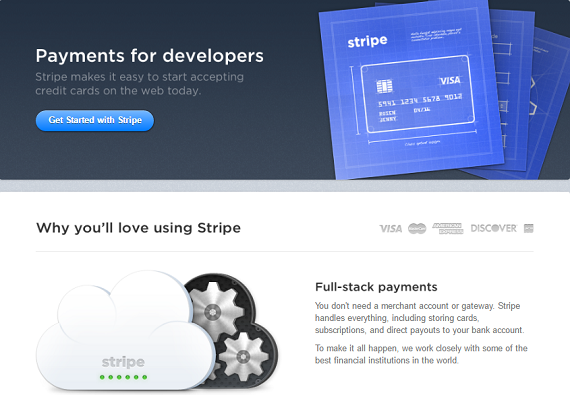 Today's segment is on Stripe.

Founded: Stripe's first lines of code are written in October 2009.

They had previously founded Shuppa, which merged with another Y Combinator company to became Auctomatic, which built tools for the eBay platform. The company raised $400,000 from Y Combinator, Paul Buchheit and Chris Sacca before being sold to Live Current Media for $5 million in March 2008, making both Collison brothers millionaires while still in their teens. 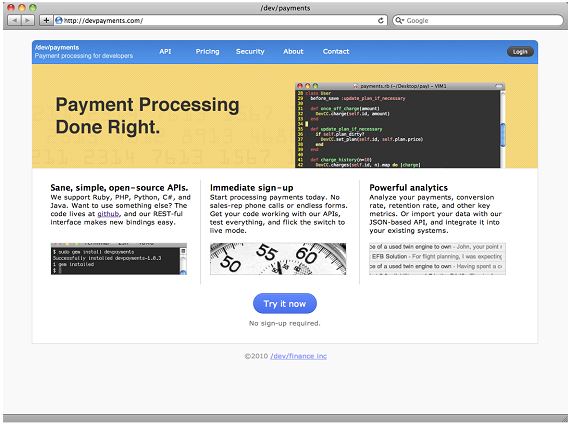 "As these screenshots make clear, we were lucky that Ludwig joined not long afterwards to take over the design department. These screenshots contain a decent amount of the thinking that went into the first version that we launched publicly (in September 2011), but it was still very rough -- giving access only to our friends in the early days was a somewhat necessary restriction," Patrick Collison writes on Quora.

The name of the company is changed to Stripe for a variety of reasons, Greg Brockman, then-CTO at Stripe, says in 2014. One is that the state of Delaware doesn't allow the company to have slash in its name, and Amazon already has a similarly named product called DevPay.

"Despite being so common, the word 'Stripe' was interestingly free of any existing brand associations. And everything it evoked was at least vaguely positive — racing stripes, striping across a RAID array, the magnetic stripe on a card," said Brockman.

At first, Stripe is meant to be a payment platform only for developers, but the founders expand the service when they realize they are solving a problem that affects the entire Internet.

"We wanted it to be extremely simple to integrate. You should be able to start charging credit cards immediately. There shouldn't be any latency. You shouldn't have to talk to anybody. The information you have to give shouldn't be pages long," Patrick Collison said in 2012. "Google Checkout and PayPal are these confusing things, and we wondered why they hadn't solved these issues. What's wrong with them?"

"Stripe really did come about because we were really appalled by how hard it was to charge for things online," John said.

Traction, at less than one month: Ross Boucher, founder of  Web software development startup company 280 North, is the first Stripe customer, signing up two weeks after the prototype is built.

The company's first 20 users are all Y Combinator graduates, and many of them, including Boucher, join the company as employees.

First funding, three months after founding: In January 2010, Stripe receives between $20,000 and $30,000 in seed funding from Y Combinator, but the company doesn't go through the accelerator program.

Second funding, nine months after founding: In the summer of 2010, Stripe raises $2 million from Sequoia Capital, SV Angel and Andreessen Horowitz, along with Peter Thiel and Elon Musk, founders of Stripe competitor PayPal. The round values the company at $20 million.

“Elon and Peter have been very insightful,” Patrick tells StartUp Grind. “They have sharp opinions on what PayPal did right and wrong. They have deep appreciation for how difficult it is to get there. They fought this battle for many years and it’s really helpful to have someone who can talk about the future in 15-years, but also someone who can empathize and sympathize with the day-to-day considerations. I don’t think there are that many people who can straddle both sides of that. “

Launch, at one year and 11 months: After nearly two years spent building, and rebuilding, the product, Stripe comes out of beta and launches publicly in the United States on September 29, 2011.

We're really proud and excited to announce that https://stripe.com is now open to the public.

"What Stripe does is, we let people accept credit cards on the Internet. So, anyone with a business online, selling software, shipping physical goods, we're the easiest way to set up accepting credit card payments," John Collison says in an interview at the Global Irish Economic Forum, a week after the launch.

"It's so easy to start doing something, it's so easy to launch something on the Web today. You know, the first version of Facebook was built in a day. And, yet, people still need to go to banks and haggle there and fax off a copy of their passport to get set up to accept payments. And, so, we're trying to bring that ease of starting up to payments for small businesses."

Third funding, two years and four months after founding, five months after launch: In February 2012, Stripe raises an $18 million Series A investment led by Sequoia Capital, along with Max Levchin.

The company is valued at a $100 million.

Traction, at two years and nine months after founding, 10 months after launch: There are 100,000 developer accounts created on Stripe

Expansion, at two years and 11 months from founding, one year from launch: In September 2012, Stripe expands to its second country, launching in Canada.

"In many ways, launching in Canada is a big step for us—going from 1 to 2 is often harder than going from 2 to n—but it’s only a small piece of what we have in mind. We grew up in countries from Honduras to Kenya, and a large part of why we’re so eager to build Stripe is to help those outside the US to participate as first-class citizens in the internet economy," the company says.

Product, at three years from founding, one year and one month from launch: in October 2012, Stripe launches Connect as a way for sellers to link their Stripe accounts with third-party services.

Product, at three years and three months after founding, two years and four months after launch: In January 2013, Stripe releases the first version of Checkout.

"From talking to our users, it’s clear to us that building great payments forms is hard, and that small details can have a big impact on the user experience. Even minor tweaks regularly drive substantial swings in conversion rates. Creating a great payment flow is a design problem faced by almost everyone running an online business," the company writes.

"And so we started trying to figure out how we can help. We see millions of transactions, and have access to a lot of data about what works well and what doesn’t. We wondered whether we could create something that looks great, makes Stripe easier to integrate, improves with time, and results in a better payment experience for users."

First acquisition, at three years and five months after founding, two years and six months after launch: In March 2013, Stripe acquires Kickoff, a chat and task-management app for an undisclosed sum. 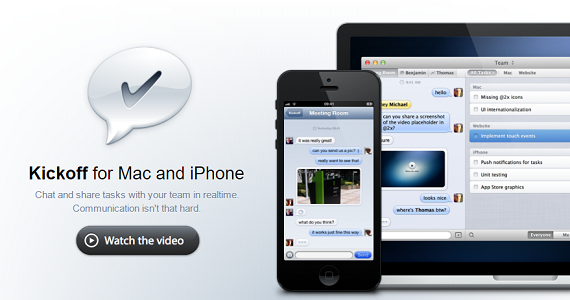 "How everything is so open is also something that fascinates me at Stripe. Everyone is on the same level, founders included. Nothing is secret and as a result, everyone stays deeply involved in the company, its progress and its culture," writes Kickoff founder Benjamin De Cock, who becomes a user interface designer at Stripe.

Expansion, at three years and 10 months after founding, two years and 11 months after launch: in August 2013, Stripe expands beyond North America for the first time, launching in the United Kingdom, including the founder's homeland of Ireland, allowing U.K.-based businesses to charge customers in US dollars, British pounds, and Euro.

Stripe now processes billions of dollars a year for thousands of businesses, including Twitter, Kickstarter, Shopify, Salesforce and Lyft.

The company has raised $440 million in venture funding, including a $150 million round in November, brings the company's valuation to $9.2 billion, nearly doubling the $5 billion valuation it got when it last raised funding, an undisclosed amount from Visa in July of last year. 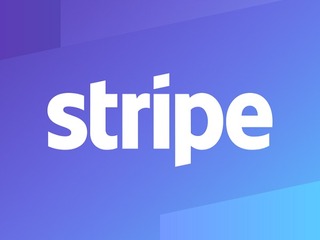 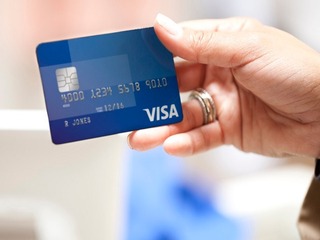 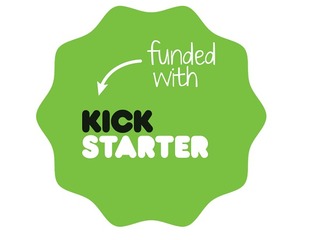