Ezra Roizen: startups need to be better prepared for M&A 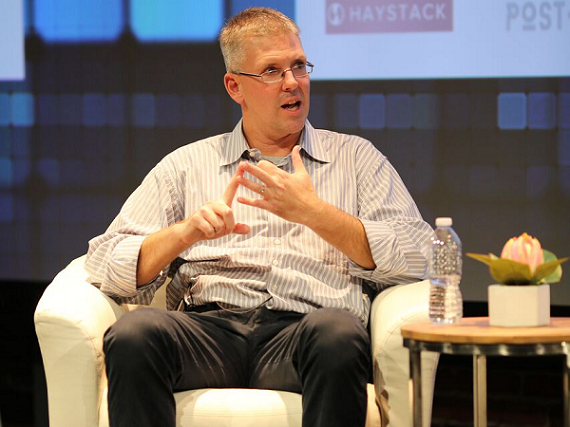 At our Post Seed conference this past Thursday, Ezra Roizen, founder of advsr, got on stage to discuss his new book, “Magic Box Paradigm," which takes an unconventional view on how startups should look at mergers and acquisitions.

Speaking with Andre Gharakhanian, founder and partner of Silicon Legal Strategy, Roizen discussed why he believes so many startups wait too long to think about a potential acquisition, and how that potentially harms them down the road.

"Its hard to start a company. I started two companies. You gotta build the product, you gotta hire people, you gotta raise money. It's an incredibly high hurdle to get a company off the ground and to operate and grow it. Entrepreneurs, all of us, VCs, advisers, attorneys, we all support them. The challenge becomes that of the one things that startups frequently forget to do is develop relationships with the strategic partners that could ultimately be their acquirers," he said.

"That's not to say that you want to be for sale, but its very good to have options, and one of the options that's good to have is a handful of people who know what you do, who appreciate what you do, and may be interested, along your journey, in having a conversation about, could you do it with them?"

One notion that Roizen wants to dispel is that an acquisition is an exit. Instead, he said that founders should see them as an "entrance."

"It's a different approach to how you're going to scale your business. If you can go about a complete product suite, a robust distribution channel, and a complete monetization model, you can build on our own," he said.

"But if you start to look at those dynamics as an entrepreneur, and say, 'Well, maybe we can get more distribution if we partner with so and so, or maybe so and so can help us with monetization,' you should start to think about an array of options, and one of them being raising money, maybe commercial partnerships, and one them being acquired."

Part of the problem is that it takes time and resources to build up those relationships, and a lot of companies don't even start to think about it until they have to. By then, it may be too late for them to make those connections and put themselves in the best position going forward.

"That thought process really centers more on, ‘How do I get resources?’ and acquisition may be a path to those resources. The challenge is all of that takes time. If you approach it like, 'I'm raising money, I'm growing my business, holy crap I've got six months worth of money and maybe I'm not going to raise more money and I better sell my company,' you're going to be quite a precarious situation and it's better to have thought about those things early on," said Roizen.

"Have options you don't need, rather than, at the very end, trying to hustle a process and selling a company in a short period of time."

That's why the founders should get to know who their likely strategic partners are, which he said takes, "A little bit of effort over a long period of time," but "will pay enormous dividends, versus starting cold, in a standing start when you're short on cash."

"Some startups have plenty of money, that are going to be fine, and control their own destiny, but a great many companies are going to resource constrained at some point along their journey, and may or may not be in a position to access the resources they need, not even to stay alive but to just flourish," Roizen said.

"The idea, for it to reach its full potential, may just make more sense as part of a larger entity, and having developed those relationships early, and at least invested some small amount when you don't need it, will help you a lot when you start to think maybe you will need it."