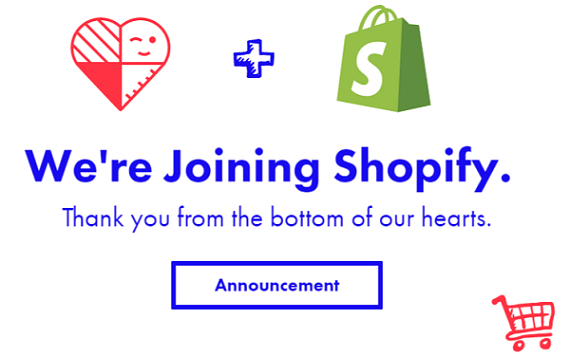 The company has acquired Tiny Hearts, an app studio that develops mobile apps and games, it was revealed in a blog post from Tiny Hearts on Monday. No financial terms of the deal were disclosed, but it was revealed that Tiny Hearts’s name and corporation will be going away.

Shopify is acquiring Tiny Heart's apps, though it's not clear which of them will continue to operate and which will be shutting down, nor is it clear what will happen to the games the company developed. Also included in the acquisition was Busy Building Things, Tiny Hearts's online store and brand for creators.

Six members of the product team from Tiny Hearts are joining Shopify and will be working from the Shopify Toronto office, which is just down the street from the company's current office. Not all of the company's employees are coming over.

In his blog post, Robleh Jama, founder of Tiny Hearts, described why he felt he needed to sell Tiny Hearts and why Shopify was a good home for his team and apps.

Tiny Hearts first became involved with Shopify through Satish Kanwar, who had co-founded the design studio Jet Cooper, which was acquired by Shopify in 2013.

"When we started doing some services work with Satish and Shopify in early 2016 (we helped build the first version of Shopkey), he brought up the idea of us joining Shopify. We took this as a huge compliment and decided to not rush into anything, as we were interested in experimenting with our services work. We were still very bullish on that strategy," said Jama.

"We wanted to continue working with Shopify to see if there was a good fit before exploring what an acquisition might look like. This past summer we started working with their Garage team on the Frenzy app and realized that our teams and goals were really well aligned."

At the same time, Jama wrote, he realized that it would take too much time to get enough revenue to build its own products, so the company chose to join Shopify.

"Getting acquired by Shopify would mean being able to work with one of the most talented teams in Toronto, and joining one of the most respected companies in the country," he wrote. "It also meant getting back to working directly on product, which we really loved."

"Tiny Hearts has a track record of shipping apps that people love and we’re excited to have them join our team,” Kanwar, who is now Director of Product at Shopify, told VatorNews. “The team is not only bringing strong mobile talent to Shopify, but also their leadership and experience. They will help us unlock mobile as the best platform for growing Shopify.”

This is only the Third acquisition for Shopify this year. It previously bought Kit, a virtual marketing assistant that leverages messaging to help businesses market their online stores, in April. It acquired product design and development consultancy Boltmade. 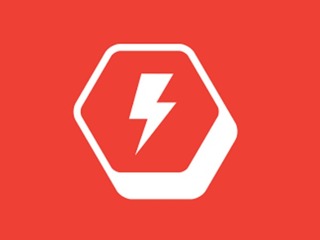 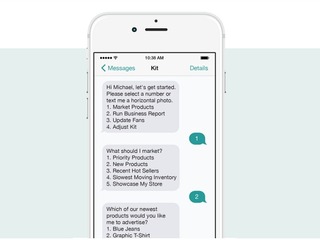