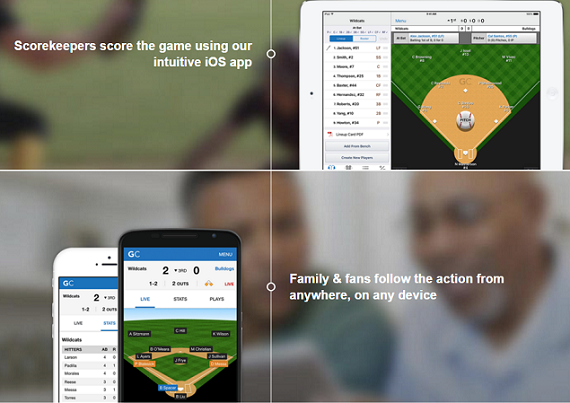 Most people probably only know Dick's Sporting Goods as, well, a sporting goods store. What they don't know, and I admit that I didn't either, is that the company actually has another side to its business, a suite of digital youth sports offerings called Dick's Team Sports HQ.

Team Sports HQ just got a boost with the acquisition of GameChanger Media, a mobile app and website providing scorekeeping, stats, live gamester plays, and recap stories for amateur sports teams. No financial terms of the deal were disclosed.

Launched in January of this year, Dick's calls Team Sports HQ, "the only all-in-one service that equips and supports youth leagues with everything they need to succeed."

It offers free league management services, including websites and online registration with free mobile app for scheduling and communications; custom uniforms and FanWear shops; as well as access to donations and sponsorships, to youth sports leagues, teams, coaches and parents.

The company currently offers services for three sports: baseball, softball and basketball.  Some of its partners include Little League Baseball, the Little League World Series, SportsEngine, Basketball Hall of Fame and Under Armour Association.

For Dick's, adding GameChanger to Team Sports HQ will allow the company to offer better tools to its existing users.

"We are very excited to acquire GameChanger to enhance our DICK'S Team Sports HQ platform. GameChanger will allow us to provide the baseball and softball communities better tools and in-game information for coaches, players and fans alike,"  Edward W. Stack, Chairman and CEO of Dick's Sporting Goods, said in a statement.

"We believe the addition of GameChanger and its unique in-game mobile experience to DICK'S Team Sports HQ strongly supports our efforts to provide unparalleled technological capabilities to youth, prep teams and leagues across the country."

"GameChanger took an intricate, 100 year old, offline process and made it better. Ted and Kiril delivered an amazing product, drove adoption with strong word of mouth within the youth sports community, and built a powerful business developed around data," Greg Sands, Founder and Managing Partner at Costanoa Venture Capital, told me.

"GameChanger's acquisition by Dick's Sporting Goods is an affirmation that insight and execution combined are an extraordinary recipe for success."

This is the third acquisition to bolster Team Sports HQ that Dick's Sporting Goods has been since the launch earlier this year. In February it bought Blue Sombrero, a provider of free website, registration, and league management tools for youth sports, followed by Afinity Sports, a sports management technology company, in August.

VatorNews reached out to Dick's Sporting Goods and to GameChanger for more information about the deal. We will update this story if we learn more.