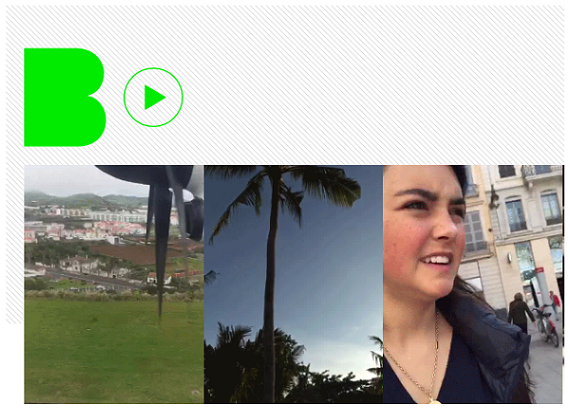 The media landscape is changing rapidly, as we just saw in the past few year and a half with the ascension of Donald Trump. The old guard doesn't have the same power it once did, as new technologies, most notably social media, have begun to usurp it. Whether that's a good or bad thing is a conversation for another time; it's happening, and the old guard media has to be willing to change with the times.

CNN is one media giant that is not going quietly into that good night. In order to reach the younger audience that get its news online, and more than likely doesn't even have a cable subscription, the company is launching what it calls "a new media brand dedicated to timely and topical video content powered by bleeding edge mobile technology."

To make that happen, CNN has acquired the team behind video-sharing platform Beme.

Beme, which was co-founded by YouTube star Casey Neistat and launched in beta in July 2015, is an app that allows users to send out unedited videos to their friends. They wouldn't get to even see the video before it went out, providing an unfiltered and authentic experience.

The app was downloaded 1.2 million times, but eventually stalled out. Now it will be shutting down on January 31 of next year, while the 12 person Beme team comes over to CNN. They will be in charge of the new venture, which will be a separate, stand-alone business as part of the CNN Digital portfolio.

"The new company will be devoted to filling the world with excellent, timely and topical video and empowering content creators to use technology to find their voice. It won’t be what most people think of as 'news,' but it will be relevant to the daily conversations that dominate our lives," CNN told VatorNews.

"Casey has tapped into a highly engaged audience – they’re curious, hungry and young and they’re eager to learn more about the world. We’ll start there. And then we’ll find ways to connect with millions more."

"Great Big Story is dedicated to discovering and telling amazing untold stories with no apparent tie to the 24-hour news cycle. While the new venture will not be a traditional news network, it will be purpose-built for engagement around the news. Through voice and technology, it will engage with audiences around timely and topical content."

No financial terms of the deal were disclosed, but, according to CNN, "the deal was not a simple acquisition." Instead, "It’s more about 'what will be' than 'what has been.'"

CNN expects to launch the new news site it by the summer of 2017. The team at Beme will keep its current office in Tribeca, which will house the new media brand.

In a blog post, Beme co-founder and CTO Matt Hackett said that Beme and CNN shared a similar vision for using technology to change the way people communicate.

"CNN changed the world at the end of the twentieth century, using the then-emerging technologies of cable television and satellite video feeds to add depth, breadth, and speed to our understanding of it," he wrote.

"In starting Beme, our goals were just as lofty: to reshape social media into the vehicle for candid, unfiltered perspectives that we always felt it should be. We wanted to create more empathy in the world by making the perspective of each of its inhabitants immediately and compellingly accessible through video."

The two companies both believe that technology "should be used to share necessary information, to promote human understanding, not to simply manipulate attention," he said. "Truth matters. Hearing voices and seeing perspectives far from your own matters. These principles, on which Beme was built, will form the core of our mission as a part of CNN."

While CNN will be taking over Beme, will not have any control over Neistat's YouTube channel, which currently has 5.8 million subscribers.

"Casey still maintains his own YouTube channel and everything on it. He makes all the editorial calls about his personal channels. CNN respects his raw voice and the authentic relationship he shares with this audience. It will continue to be one of the most compelling offerings on YouTube," the company said, while also noting that it s currently exploring ways to bring him on TV.

"This isn’t a TV talent deal but we’re exploring every possible way for Casey and our media venture to connect with new audiences. Stay tuned."