Tesla and SolarCity are already showing off what they can do 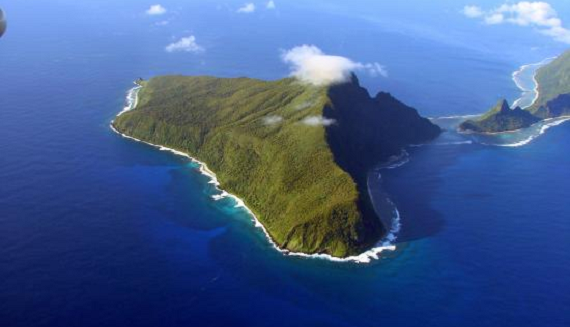 The ink is barely dry on the deal for Tesla to acquire SolarCity for $2.6 billion, having only closed on Monday, but the two sides are already showing off what they can do now that they will be joined at the hip full time.

A SolarCity blog post on Tuesday outlined a project that it had been working on with Tesla, in which it was able to set up a microgrid on Ta’u in American Samoa, making the entire island energy efficient

"There are challenges to living on a remote island – from food scarcity to destructive weather – and the lack of affordable, reliable power is among the greatest.  The island of Ta’u in American Samoa, located more than 4,000 miles from the West Coast of the United States, is no stranger to power rationing and outages," the company wrote.

"The situation is changing. Ta’u now hosts a solar power and battery storage-enabled microgrid that can supply nearly 100 percent of the island’s power needs from renewable energy, providing a cost-saving alternative to diesel, removing the hazards of power intermittency and making outages a thing of the past

The microgrid is made up of 5,328 solar panels, which 1.4 megawatts of solar generation capacity from SolarCity and Tesla and 6 megawatt hours of battery storage from 60 Tesla Powerpacks. It took only one year to implement from start to finish.

The project was funded by the American Samoa Economic Development Authority, the Environmental Protection Agency, and the Department of Interior, and is expected to allow the island to save "significantly" on energy costs, offsetting the use of more than 109,500 gallons of diesel every year. That's the amount of fuel that is used by just one generator.

Thanks to the grid, and Tesla's battery packs, the entire island can stay powered for three days without any sun, and will recharge in just seven hours of sunlight.

When the deal for Tesla to buy SolarCity was first unveiled back in August, it was touted as "creating the world's only vertically integrated sustainable energy company," by bringing together Tesla's Powerwall and Powerpack stationary storage products and SolarCity's solar solutions.

"Solar and storage are at their best when they're combined. As one company, Tesla (storage) and SolarCity (solar) can create fully integrated residential, commercial and grid-scale products that improve the way that energy is generated, stored and consumed," the company wrote at the time,

"By joining forces, we can operate more efficiently and fully integrate our products, while providing customers with an aesthetically beautiful and simple one-stop solar + storage experience: one installation, one service contract, one phone app."

Powering the small island of Ta’u, which only has 600 residents, is obviously only a first step, but the two companies obviously have grander amibitions for powering the world work renewable energy. As such, SolarCity is allowing people to sign up their community to be fitted with a microgrid of their own.