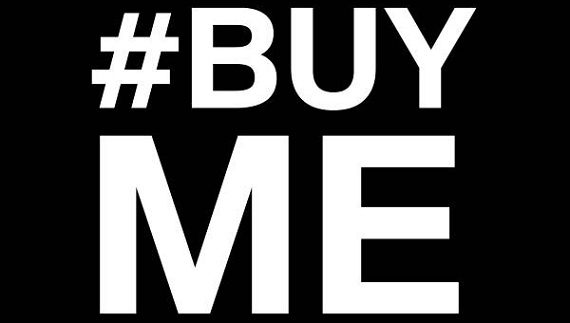 Preact will be shutting down. Registration is already disabled and the service will be discontinued.

The entire product/engineering team of nine is coming over to Spotify and will be based in San Francisco and New York.

The company will collaborate with Ascending Technologies to expand Intel’s business with commercial customers in the agriculture, insurance, construction, and mining industries.

Starbreeze, a creator, publisher and distributor of entertainment products, acquired Nozon, a VFX studio and creator of PresenZ technology. The price of the deal was 7.1 MEUR, whereof 4.6 MEUR (approximately 44.6 MSEK) in cash and 2.5 MEUR in newly issued Starbreeze B-shares.

In addition, the parties have agreed on a capped ten-year earn-out for Nozon founders based on PresenZ future financial performance, taking effect after Starbreeze has recouped 2 MEUR of its investment. During the earn-outperiod, Starbreeze will pay a percentage on certain of its revenues benefitting from the PresenZ technology.

By joining the Starbreeze family, Nozon will instantly be part of Starbreeze technology offering and a solid part of the VR ecosystem.

IBM acquired the Expert Personal Shopper (XPS) division of Fluid, a provider of digital customer experiences. No financial terms of the deal were disclosed.

The XPS solution is a dialogue-based product recommendation platform. It will become part of IBM iX (Interactive Experience), along with several key members of the XPS team.

Lazada, an e-commerce platform, acquired RedMart, an online supermarket that home-delivers groceries. No financial terms of the deal were disclosed.

Led by its current management, RedMart will continue to operate independently post the transaction.

The deal is scheduled to be completed before the end of this year.

Mail.Ru, a Russian Internet company, acquired Russian food delivery service Delivery Club from Foodpanda. The total deal value is $100 million, with $90 million paid in November for 90 percent of Delivery Club and the remaining part in early 2017 for the remaining 10 percent.

Mail.Ru Group will fully consolidate Delivery Club and will disclose all results on a pro-forma basis going forward to allow like-for-like comparison.

Delivery Club currently has over 4,500 connected restaurants and the number of orders reached 20,000 per day. In H1 2016 net revenues were RUB 296 million and the business was broadly EBITDA neutral.

THQ Nordic,  an Austrian developer and publisher of video games, acquired all games and/or projects owned by NovaLogic, a developer and global publisher of games for PC and consoles. No financial terms of the deal were disclosed.

NovaLogic was founded in 1995

Upon the completion of the transaction, Lattice will be a standalone subsidiary of Canyon Bridge and Lattice’s senior management team will continue to lead the business from its current headquarters in Portland, OR.

The transaction has been unanimously approved by both companies’ boards of directors and is expected to close in early 2017 subject to customary closing conditions, regulatory approvals and approval by Lattice’s shareholders.

The combined company will be headquartered in Monroe, Louisiana and will maintain a significant presence in Colorado and the Denver metropolitan area.

Funds advised by BC Partners, in a consortium including Medina Capital Advisors and Longview Asset Management, entered into a definitive agreement to acquire data centers and colocation business from CenturyLink. In exchange, CenturyLink will receive $2.15 billion in cash and a minority stake to be valued at $150 million in the consortium's newly-formed global secure infrastructure company.

Under terms of the agreement, the BC Partners/Medina-led consortium will assume ownership of CenturyLink's portfolio of 57 data centers at closing. The data center portfolio includes approximately 195 megawatts of power across 2.6 million square feet of raised floor capacity.

CenturyLink plans to use the net proceeds from this sale to partly fund its acquisition of Level 3 Communications.

BC Partners and Medina Capital entered into agreement to acquire Cryptzone, a cybersecurity company. No financial terms of the deal were disclosed.

Founded in 2003, Cryptozone had raised $15 million in venture funding from Kayne Partners and Medina Capital. The company has more than 450 companies as clients.

The transaction is expected to close in first quarter 2017, pending regulatory approvals and customary closing conditions. Branding for the new company will be announced at a later date.

BC Partners and Medina Capital entered into agreement to acquire cybersecurity company Catbird. No financial terms of the deal were disclosed.

Founded in 2000, Catbird had raised $12 million in venture funding from Medina Capital.

The transaction is expected to close in first quarter 2017, pending regulatory approvals and customary closing conditions. Branding for the new company will be announced at a later date.

BC Partners and Medina Capital entered into agreement to acquire Total Fraud Protection company Easy Solutions. No financial terms of the deal were disclosed.

The online activities of over 94 million customers at 350 financial services companies, security firms, retailers, airlines and other entities all over the world are protected by Easy Solutions fraud prevention systems.

The transaction is expected to close in first quarter 2017, pending regulatory approvals and customary closing conditions.

BC Partners and Medina Capital entered into agreement to acquire Brainspace, a provider of machine-learning software that powers threat detection and defense intelligence capabilities. No financial terms of the deal were disclosed.

Founded in 2005, Brainspace had raised $9 million in venture funding from Medina Capital.

The transaction is expected to close in first quarter 2017, pending regulatory approvals and customary closing conditions.

Amazon signed an agreement to acquire the publishing business of Westland, an Indian publishing house. No financial terms of the deal were disclosed.

Amazon had purchased a 26 percent stake in Westland for an estimated Rs 9.5 crores earlier this year.

Glu Mobile, a developer and publisher of free-to-play games for smartphone and tablet devices, acquired a controlling interest in Crowdstar, a mobile and social gaming company for young women. The all-cash transaction valued Crowdstar at approximately $45.5 million.

The combination of Crowdstar and Glu positions Glu to become the leader in the growing fashion game category as Glu continues to diversify its content portfolio.

Inbound Retargeting Technologies, the company behind Retarget Links, acquired Primeloop, a link retargeting company. No financial terms of the deal were disclosed.

Thomas Knoll,  Primeloop's CEO and co-founder, will join Inbound's board of advisors as part of the transaction.

Primeloop was built in Las Vegas with backing from Tony Hsieh's Vegas Tech Fund and was in Batch 8 of 500 Startups. The company raised $525,000 in venture funding.

The new ComplyPro team at Bentley Systems will be led by its founder, Chris Rolison. Development of software and services will continue in Birmingham, UK, and sales activities will be merged into Bentley Systems’ offices worldwide.

Founded in 2005, ComplyPro had raised $1.17 million in venture funding from Catapult Ventures, Chord Capital and Midven.

Digi, a provider of machine-to-machine and Internet of Things connectivity products and services, acquired FreshTemp, a provider of  temperature monitoring and task management solutions for the food industry. No financial terms of the deal were disclosed.

The acquired technology will continue to be supported, as well as leveraged within the Digi Honeycomb solution, to create an advanced portfolio of products for the cold chain market.

As part of the acquisition, FreshTemp founder and CEO Jeff Rieger and FreshTemp employees will become part of the Digi Cold Chain Solutions team.

Founded in 2010, FreshTemp had raised an undisclosed amount of funding from Bradley C. Harrison, Innovation Works, KohFounders and Scout Ventures.

Avaus Marketing Innovations, a provider of data-driven marketing, acquired Actionbase, an analytics and data consultancy company. No financial terms of the deal were disclosed.

The acquisition will help Avaus expand its business operations in Sweden. The number of employees in Sweden will increase to 40. When acquisition is complete, the Avaus Group will have a total of 150 employees.

Actionbase specialises in data management, analytics and customer relationship strategies. The company has offices in Stockholm and Gothenburg. It has clients in all Nordic countries.

Founded in 2001, the company will maintain its headquarters in Weston, Florida.

Fleetmatics, a provider of mobile workforce solutions for service-based businesses, acquired TrackEasy Oy, a fleet management software provider. No financial terms of the deal were not disclosed.

TrackEasy will add approximately 15,000 vehicles under subscription to Fleetmatics' existing installed base.

All TrackEasy employees have joined the Fleetmatics team and will be driving sales and support of its current TrackEasy solution in Germany and Poltrack solution in Poland. In addition, TrackEasy will begin to offer Fleetmatics' REVEAL in early 2017.

GTCR, a private equity firm, acquired Inteliquent, an interconnection partner for communications service providers.  The value of the transaction is approximately $800 million.

The combined company intends to continue to maintain a significant presence in Chicago.

Founded in 2004, the Inteliquent network carries approximately 21 billion minutes of traffic per month.

3D Hubs, a provider of 3D printing services, acquired Printivate, a 3D model optimizing and fixing service. No financial terms of the deal were disclosed.

3D Hubs will be integrating Printivate into its platform of operations. Adrian Muresan, Printivate’s founder and CEO, will become the R&D lead at 3D Hubs’ Amsterdam office, becoming part of the team as the two companies integrate operations.

Through Printivate’s file optimization, 3D Hubs will gain the ability to streamline orders, ultimately allowing for more orders taken on at a lower cost as turnaround time is lessened for each print job.

GIF Brewery founder Patrick Rogers is joining the Gyfcat team, where he will working making the software work with Gfycat.

Following this acquisition, GIF Brewery will become a free application.

BroadSoft, a unified communication software as a service, acquired VoIP Logic, a wholesale provider of BroadWorks-based cloud communications services. No financial terms of the deal were disclosed.

VoIP Logic's cloud model will be added to the BroadSoft BroadCloud portfolio, addressing the needs of service providers who want greater control of their platform.

For 2016, BroadSoft expects the acquisition to contribute approximately $800,000 in revenue and be $0.01 dilutive to its non-GAAP earnings.

Founded in 2003, VoIP Logic had raised $1.25 million in venture funding from 21Ventures.

The firm will operate from locations in Spain, Switzerland, and the United States. Carlos Uraga will serve as Chief Operations Officer of Acutronic Robotics and Victor Mayoral will be Chief Technology Officer.

Founded in 2014, Erle Robotics had raised $213,920 in funding from DARPA and TechFounders.

The acquisition includes a presence in four new geographic locations including Buffalo, Las Vegas, Orlando, and Barcelona. This brings the portfolio’s hosting infrastructure to a total of ten different locations internationally.

Founded in 2006, ComfortHost hosts more than fifteen thousand domains on its network.

Accenture, a professional services company, acquired 2nd Road, a strategic consultancy. No financial terms of the deal were disclosed.

Founded in 2002, 2nd Road provides consulting services in the areas of strategy, innovation and organizational systems to clients across multiple industries and sectors. 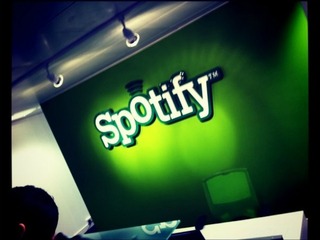