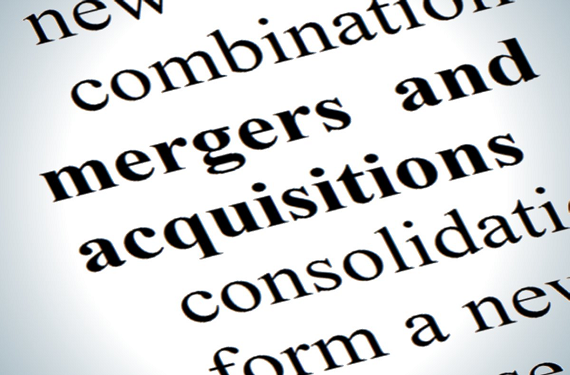 The New York Times Company acquired product recommendation site The Wirecutter and its sibling, The Sweethome. No financial terms of the deal were disclosed.

Following the acquisition, Founder Brian Lam will stay on at The Wirecutter in an advisory role, while Jacqui Cheng, editor-in-chief, and Christopher Mascari, product director, will remain in their respective roles. Ben French, vice president of NYT Beta, will serve as interim general manager.

The Wirecutter and The Sweethome will both be integrated into The Times Company.

Founded in 2011, The Wirecutter generated $150 million in revenue from sales made through its merchant partnerships in 2015.

Co-founder Jason Kilar will be leaving the company, while fellow co-founder Richard Tom will be leading the charge on all things technology, product and team going forward.

AT&T acquired Time Warner. The stock-and-cash transaction is valued at $107.50 per share, bringing the total price to $85.4 billion.

The merger is subject to approval by Time Warner Inc. shareholders and review by the U.S. Department of Justice.

AT&T and Time Warner are currently determining which FCC licenses, if any, will be transferred to AT&T in connection with the transaction. To the extent that one or more licenses are to be transferred, those transfers are subject to FCC review.

The transaction is expected to close before year-end 2017.

Google acquired Eyefluence, a provider of eye-interaction technology for AR, VR, and MR devices. No financial terms of the deal were disclosed.

The companies will combine forces to continue to advance eye-interaction technology to expand human potential and empathy on an even larger scale.

Hippo will continue to operate out of Amsterdam as an independent business unit of BloomReach, supporting all customer, marketing and sales activities. The combined company will continue to support its current applications and will invest significantly in commerce and content capabilities across all of its R&D centers in Mountain View, Dallas, Bangalore, Amsterdam and Boston.

Founded in 1999, Hippo is currently working with more than 170 customers in 13 countries.

All of Refined Labs’ two dozen employees will become part of Visual IQ, effective immediately, and over time, Refined Labs’ offerings, including its robust API integrations, will be incorporated into the IQ Intelligence Suite.

Founded in 2007 Refined Labs currently has more than 60 customers.

Salentica will become a platform partner to the firm's Black Diamond wealth platform and deepen integrations and support for other SS&C clients including APX, Axys, and Global Wealth Platform.

The company will operate as a business unit under SS&C and the acquisition will add 30 employees.Its leadership team, including President and Founder Bill Rourke, will remain in place. Under the new organization, Rourke reports to Dave Welling, Managing Director and Co-General Manager of SS&C Advent. Mr. Welling is responsible for leading SS&C's strategy in wealth management.

Nuevora will continue to operate as a wholly-owned subsidiary of Sutherland led by Nuevora's founder and CEO, Phani Nagarjuna, who will also assume the leadership position of chief analytics officer responsible for Sutherland's global analytics business operations.

Founded in 2005, Nuevora had raised $2.25 million in venture funding from Fortisure Ventures.

TD Ameritrade, an online broker for online stock trading, long-term investing, and retirement planning, acquired Scottrade, a provider of financial services including online trading and an online brokerage along with investment products.  The cash and stock transaction is valued at $4 billion.

The transaction, which has been approved by the boards of directors of TD Ameritrade, TD Bank Group (TD) and Scottrade, will take place in two, concurrent steps. First, TD will purchase Scottrade Bank from Scottrade Financial Services, Inc. for $1.3 billion in cash consideration.

Second, under the terms of the proposed acquisition, Scottrade Bank will merge with and into TD Bank, N.A., an indirect wholly-owned subsidiary of The Toronto-Dominion Bank. Additionally, TD will purchase $400 million in new common equity (11 million shares) from TD Ameritrade in connection with the proposed transaction, pursuant to its preemptive rights.

Then, immediately following that acquisition, TD Ameritrade will acquire Scottrade Financial Services, Inc., for $4 billion, or $2.7 billionnet of the proceeds from the sale of Scottrade Bank.

Additionally, following the transaction’s close, Scottrade Founder and CEO Rodger Riney will be appointed to the TD Ameritrade Board of Directors.

Uphold, a cloud-based financial platform, acquired Bitnet, a digital commerce platform. No financial terms of the deal were disclosed.

Groupon entered into an agreement to acquire rival deals site LivingSocial. No financial terms of the deal were disclosed.

There will be no change at this point with respect to how consumers and merchants engage with the LivingSocial brand, and the company will remain focused on providing even better experiences to its users as part of the Groupon family in the future.

Founded in 2007, LivingSocial had raised $928.23 million in venture funding from investors that included Amazon, Grotech Ventures, IVP, and Lightspeed Venture Partners, among othes.

The company expects the transaction to close by early November 2016.

Carousell, a social commerce and classifieds company, acquired Caarly, a classifieds service for used cars. No financial terms of the deal were disclosed.

Caarly's 11-person staff will be coming to work at Carousell. The acquisition also included Caarly’s automotive products. Initially, Carousell will use Caarly’s business in Singapore but there are expansion plans.

Founded in 2014, Caarly had raised an undisclosed amount of funding from Wavemaker Partners.

Qualcomm acquired semiconductor solutions supplier NXP Semiconductor. The is worth $110.00 per share in cash, representing a total enterprise value of approximately $47 billion,

The combined company is expected to have annual revenues of more than $30 billion, serviceable addressable markets of $138 billion in 2020 and leadership positions across mobile, automotive, IoT, security, RF and networking.

Tachyon was developed as part of a larger enterprise mobility solutions startup called Kaprica, which will continue to build out the other part of its business after the spinoff, focusing specifically on a connected vehicle security service called RunSafe.

The acquisition include Tachyon employees, technology,related IP, and its customers, which included organizations in federal law enforcement, the Department of Defense, hospitals and and vehicle fleets in the US and Europe.

The transaction is expected to close by the end of 2016, subject to regulatory approvals.

L&T Infotech, an IT services and solutions provider, acquired AugmentIQ Data Sciences, a provider of IP-based, big data and analytics solutions. No financial terms of the deal were disclosed.

As a result of this acquisition, LTI will gain access to MAXIQ, the big data platform developed by AugmentIQ.

The proposed acquisition will enable LTI to build upon MAXIQ by integrating it within LTI’s MOSAIC Decision Science platform.

Kohlberg & Company, a private equity firm, entered into a definitive agreement to acquire MarketCast, a provider of strategic insights and data analytics to marketers and researchers in the entertainment industry. No financial terms of the deal were disclosed.

Founded in 1987, MarketCast had raised an undisclosed amount of funding from Brookside Mezzanine Partners.

The transaction is expected to close in November 2016. Terms of the agreement were not disclosed.

The acquisition will allow Kronos to extend its human capital management suite of solutions to Datamatics customers, including more than 300 organizations primarily in the small- and mid-sized markets, in the financial, manufacturing, public sector, retail, services, distribution, and utilities industries.

Kronos will continue to support all acquired customers through a dedicated team of Datamatics employees.

AmpLive, a distribution platform for live streamed broadcasts, acquired Intercast Network, a platform that enables live and on-demand video streaming through banners, sites, articles and blogs. No financial terms of the deal were disclosed.

Together, the combined companies will offer a self-serve platform and a fully-managed service for brands looking to generate views and drive performance from their live streamed events.

FireMon, a company in the Network Security Policy Management market, acquired FortyCloud, a cloud infrastructure security broker. No financial terms of the deal were disclosed.

Founded in 2012, FortyCloud had raised an undisclosed amount of funding from Magma Venture Partners.

Admedo are continuing to develop their programmatic technology stack and this acquisition enables Admedo to focus on providing the wider industry with a market-leading platform.

Founded in 1998, MDNA Media had raised an undisclosed amount of funding from Tech Coast Angels.

entered into an agreemen 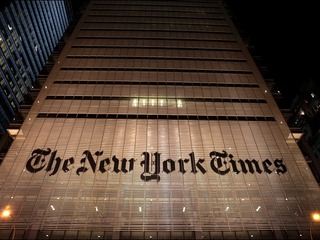 New York Times buys The Wirecutter, gets into e-commerce