BrightFarms has three greenhouses, and will use the funding to grow to 15 over the next five years 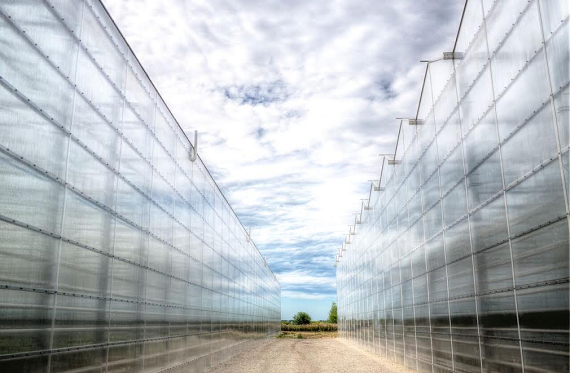 Living in California, I think I'm spoiled when it comes to the options I have when it comes to healthy and organic food. There are a lot of places that would like to have access, but it's not feasible right now.

Controlled environment local produce company BrightFarms wants to change that, and, on Wednesday it got $30.1 million Series C funding to give more of the country access to locally grown food.

The round was led by growth equity firm Catalyst Investors and joined by existing investors WP Global Partners and NGEN Partners. With this Series C, the company has raised roughly $55 million in equity to date.

Founded in 2011, BrightFarms designs, finances, builds and operates hydroponic greenhouse farms at or near supermarkets, in order to provide consumers with fresh, locally grown produce.

"The demand for local food has become extraordinary, as consumers seek fresher, tastier and more sustainable food, and as they abandon Big Food brands in favor of authentic brands they can trust. Nearly every U.S. consumer would like to buy more local food; local demand is now stronger than the demand for organic products," Paul Lightfoot, Chief Executive Officer of BrightFarms, told me.

"But the growth has been almost entirely outside of supermarkets in the Midwest and Northeast - they have been on the sidelines of the local produce explosion. BrightFarms is revolutionizing the U.S. produce supply chain by creating the first national brand for local produce and bringing commercial scale local produce to supermarkets."

So far Brighthouse has three greenhouse farms currently in operation, which are enviromentally friendly, using 80 percent less water, 90 percent less land and 95 percent less shipping fuel than traditional suppliers. All BrightFarms produce is pesticide-free and non-GMO, and is typically a week fresher than other products on the shelf.

The company's produce can be found at retailers such as Mariano’s (Kroger), Giant Food (Ahold USA), Wegmans and ShopRite, from local greenhouses near Chicago, Washington, D.C., and Philadelphia.

"BrightFarms is recognized as a thought leader in the local food movement because of its unique ability to provide sustainable, local produce at a profitable, commercial scale," Lightfoot said.

"Our business model, crafting partnerships with supermarkets, cities, capital sources, and vendors by signing long-term, fixed price purchase agreements, allows us to give retailers steady supply and pricing and to provide consumers year-round access to the freshest produce possible."

The company hopes to build greenhouses in 15 markets over the next three to five years, and this funding will be able to put that plan into motion.

"With an already proven model, we have now raised the capital to scale BrightFarms across the densely populated markets of the midwest and the northeast.  This new capital enables BrightFarms to have a bigger positive impact on the exponentially growing consumer demand for locally grown, tastier, fresher and long-lasting produce," said Lightfoot.

"We are a young company, our leaders are young, at heart, at least, and many of the members of our staff are young, energetic and truly believe in our mission."