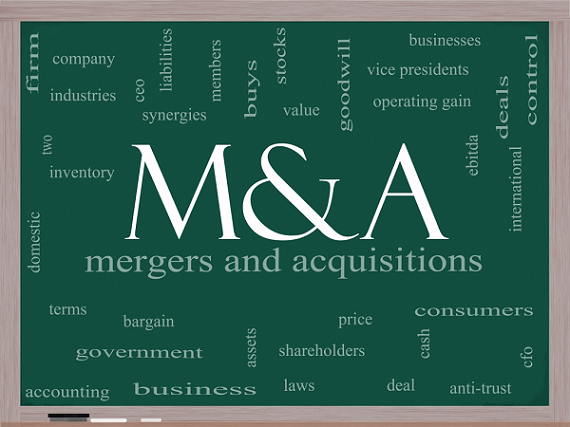 Intel acquired Movidius, a company that designs specialized low-power processor chips for computer vision. No financial terms of the deal were disclosed.

Intel plans to integrate Movidius’ technology with its RealSense depth-sensing camera technology. While being integrated into Intel, Movidius will continue to offer its services to existing customers.

GoDaddy will be integrating ManageWP features like backups, staging, cloning and site migrations into GoDaddy’s WordPress hosting. Meanwhile, ManageWP will still be offered as a free product, and users will be able to use ManageWP on sites hosted anywhere, not just GoDaddy.

Founded in 2010, ManageWP was entirely bootstrapped.

Google entered into a definitive agreement to acquire API platform provider Apigee. Google is paying $17.40 per share in cash, for a total value of approximately $625 million.

It customers include 30 percent of the Fortune 100, four of the top five Global 2000 retail companies, and five of the top 10 global telecommunications companies. It is used by Burberry, Morningstar, First Data, AT&T, Bechtel, and Live Nation.

The transaction is expected to close by the end of this year.

Ford Smart Mobility, a subsidiary of Ford formed to design, build, grow and invest in emerging mobility services, acquired Chariot, a crowd-sourced shuttle service. No financial terms of the deal were disclosed.

Ford’s acquisition of Chariot, subject to normal customary closing conditions, will serve as the cornerstone for its new global shuttle services business. The shuttle service is expected to be expanded beyond San Francisco to at least five additional markets in the next 18 months.

Chariot will continue to operate without interruption,

The company has raised $3 million in venture funding from Marc Bell Ventures,Scrum Ventures, SoftTech VC and Winklevoss Capital, among others.

Dell closed the acquisition of EMC Corporation, a provider of IT storage hardware solutions. The deal is worth $33.15 a share or $67 billion, making it the largest tech acquisiton of all time.

Dell Technologies, the name of the new combined company, will begin operating immediately following the close of the transaction.

The deal was first announced in October of last year.

Together, the two entities have revenues of approximately $4.5 billion.

Micro Focus and HPE also announced as part of the transaction the intent to enter into a commercial partnership naming SUSE as HPE’s preferred Linux partner.

The merger is subject to customary closing conditions, including anti-trust clearances and shareholder approval and is expected to close in Q3 2017.

Love Mondays will continue to operate under its own brand for the foreseeable future. Glassdoor plans to add Love Mondays to its suite of customizable localized products available for multinational employers interested in hiring in Brazil.

Launched in 2014, Love Mondays has  job listings for more than 75,000 employers in Brazil. The company raised more than $2 million, led by Kaszek Ventures.

Workterra will operate as a CareerBuilder company while integrating new features and benefits. David Rhodes will continue to serve as CEO of the company.

The purchase will expand CareerBuilder’s product offering beyond recruitment into post-hire solutions.

Oracle acquired LogFire, a provider of cloud-based inventory and warehouse management solutions for multi-channel retailers. Terms of the deal were not disclosed.

Founded in 2007, LogFire had raised $9.75 million in venture funding from Edison Partners and Fulcrum Equity Partners.

SoftBank is most interested in how ARM;s chips can power Internet of Things devices.

Going forward, SoftBank said it will be committed to helping ARM continue to grow, investing in its engineering talent, at least doubling the number of ARM employees in the UK over the next five years.

This acquisition was first announced in July,

Online food ordering service Just Eat acquired some of the tech assets from Tok Tok Tok, a same-hour delivery company. No financial terms of the deal were disclosed.

Tok Tok Tok is shutting down, and has sold the remainder of its assets to other unnamed companies.

The company had raised $2 million in seed funding.

Sovrn, a provider of tools for independent publishers, acquired the Editorial Assistant and Related Posts technology and assets from Zemanta, a developer of enterprise software for native advertising. Terms of the deal were not disclosed.

Zemanta will continue its focus on its Zemanta One marketing content distribution platform.

The Sovrn and Zemanta teams will immediately begin the process of transitioning the Editorial Assistant and Related Posts products to Sovrn. The transition process should be completed by the end of September.

Going forward Sovrn will be investing additional resources to enhance and increase quality content as well as faster and easier ways to add contextually relevant articles, photos, and video.

Citrix, a provider of server, application and desktop virtualization, networking, software as a service, and cloud computing, acquired Norskale, a user environment management company. No financial terms of the deal were disclosed.

The Norskale solution  will now be referenced in XenApp and XenDesktop, Citrix's application and desktop virtualization solutions, as Workspace Environment Manager. It will be available to all XenApp and XenDesktop Enterprise and Platinum edition customers with active Software Maintenance.

Founded in 2012, Norskale had more than 100 customers worldwide and enterprise deployments reaching up to 80,000 seats.

IVR Technology Group, a provide of secure voice and text applications, completed the acquisition of DemandVoice, a provider of VoiceXML hosting and platform provider of integrated phone payment solutions. No financial terms of the deal were disclosed.

The acquisition of DemandVoice will also allow the combined organization to integrate the DemandVoice “Pay It By Phone” and IVR Technology Group’s iPay products.

IPG Mediabrands, an advertising agency groups, acquired Stickyeyes, a digital strategy company. No financial terms of the deal were disclosed.

Stickyeyes has over 140 employees across the group’s offices in Leeds, Peterborough and London.Its clients include Staples, Hertz, AO.com, Superdry, ShopBop, Admiral Group and IG Index.

It was recently named Best Large Integrated Agency at the 2016 European Search Awards.

Fantasy 6 Sports, a sports, entertainment and technology company, acquired FansUnite, a social sports data company. No financial terms of the deal were disclosed.

FansUnite has 100,000 members who play their games, contests and analytics in more than 16 major sports.

The acquisition of FansUnite is a natural fit as a portion of Fantasy 6’s global fan engagement strategy.

iZettle, a mobile payments startup, acquired intelligentpos, a cloud based point of sale solution for shops, bars and restaurants. No financial terms of the deal were disclosed.

This strategic acquisition is part of iZettle’s plans to move beyond payments and offer a wide range of services to small businesses.

Together iZettle and intelligentpos provide an integrated payment and point of sale solution that allows small businesses to take card payments and use hundreds of different features on the point of sale app to help them manage and grow their businesses.

Oui Open, an French online marketplace for finding and renting short-term retail spaces, merged with Storefront, an American company that does the same thing. No financial terms of the deal were disclosed.

They will be joining forces under the Storefront name. Together they have 10,000 premium commercial spaces across three continents: North America, Europe, and Asia, while landlords will have access to a network of over 80,000 brands.

Founded in 2012, Storefront has raised $8.9 million in venture funding from 500 Startups, Angelpad, QueensBridge Venture Partners, Spark Capital and others.

Salesforce signed an agreement to acquire HeyWire, a LiveText Messaging channel for Salesforce-powered businesses. No financial terms of the deal were disclosed.

The HeyWire team, including Meredith Flynn-Ripley, founder and CEO of the company, will join Salesforce once the transaction closes.

HeyWire will bring its communications channel to the Salesforce Service Cloud with fully integrated mobile messaging capabilities that enable companies to connect with their customers in entirely new ways.

Europcar Group, a provider of vehicle rental services acquired Brunel, a ride-hailing service. No financial terms of the deal were disclosed.

It primarily serves companies operating across a range of corporate markets, including investment banks, law, advisory firms and financial institutions.

Sodexo, a provider of Quality of Life services, acquired Inspirus, a provider of employee engagement and communications tools.. No financial terms of the deal were disclosed.

Following the acquisition, Sodexo will fully own the Inspirus business and its customer portfolio. Inspirus will continue to operate as a separate and independent entity under the Sodexo Benefits and Rewards Services, USA division.

Inspirus has a 120-person team and is headquartered in Fort Worth, Texas.

MINDBODY, a provider of cloud-based business management software to the wellness services industry, acquired HealCode, a developer of apps for companies in holistic health service-based industries. No financial terms of the deal were disclosed.

Through this acquisition, MINDBODY adds new customer engagement and marketing tools to its suite of business and consumer solutions.

HealCode was one of MINDBODY's technology platform partners. More than 7,500 of MINDBODY's over 55,000 subscribers have adopted HealCode to enable real-time customer engagement directly within their websites and social media channels.

The acquisition will enable Time Inc. to generate incremental consumer subscription revenue across a range of its owned and operated brands as well as third-party products.

Bizrate Insights will be integrated into Time Inc.’s Synapse Group, Inc., an affinity marketing subsidiary based in Stamford, CT.

iovation, a provider of device-based solutions for authentication and fraud prevention, acquired multifactor authentication company LaunchKey. No financial terms of the deal were disclosed.

The acquisition marks the launch of the new iovation LaunchKey MFA solution, a toolkit that gives businesses an authentication method for every touchpoint in their customer’s journey, including online, mobile, call center and in-person.

Established in 2009, Vidcheck is a developer of automated QC solutions within file-based production workflows. Its system solutions are used by broadcasters, facilities and content owners worldwide, such as ITV, BBC, CBS and many others.

The privately funded acquisition is complete.

Japanese electronic commerce and Internet company Rakuten acquired Fablic, a provider of FRIL, a consumer-to-consumer marketplace mobile app. No financial terms of the deal were disclosed.

Fablic is now a wholly-owned subsidiary of Rakuten. The combined monthly GMS of the two companies’ services already exceed several billion yen, as at the end of July 2016.

Rakuten is currently planning to allow users to use their Rakuten member ID to log into FRIL, and implement point campaigns utilizing Rakuten Super Points. These features are already integral to the Rakuma platform. This will contribute to enhanced convenience for FRIL users and broaden Rakuten Group’s overall user base, thus leading to the expansion of the Rakuten Ecosystem.

Launched in July 2012, Fablic had raised $9.15 million in venture funding. 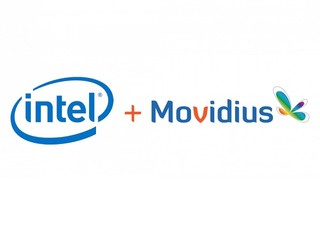 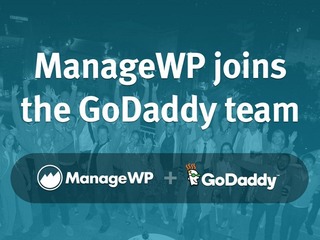 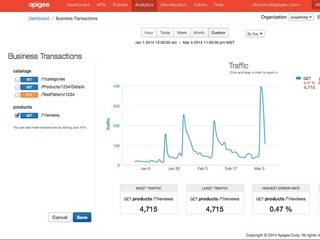