A16z responds after the WSJ calls its returns into question 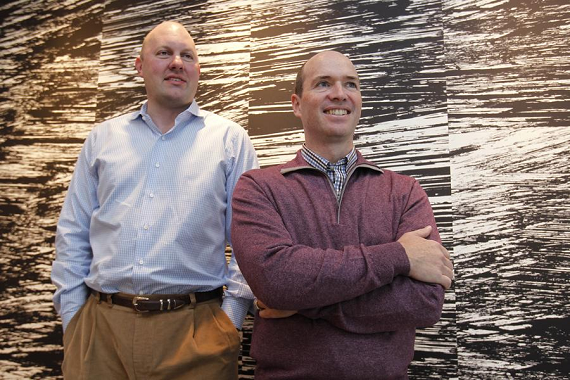 What makes a venture capital firm "elite"? The answer, I think most would say, lies in its returns. How much money is it making back from the companies it invests in? The trick comes in figuring out how to measure those returns, which is easier said than done.

How returns are calculated resulted in a bit of a tiff between a major publication and a big VC firm on Thursday, after the Wall Street Journal posted a story with the headline, "Andreessen Horowitz’s Returns Trail Venture-Capital Elite."

The premise of the article is that, while Andreessen Horowitz has almost doubled its capital in its first three funds, that still isn't as good as some of the other firms out there, including Sequoia Capital, which has invested in companies like YouTube and LinkedIn, and has seen its funds returns of 8x, and Benchmark, which has seen its funds return at 11x, thanks to Uber and Snapchat.

Founders Fund, meanwhile has invested in SpaceX, Palantir and Airbnb, and has seen one of its funds return at 7x.

Some of Andreessen Horowitz's biggest investments have included Instagram, which was also bought by Facebook, Airbnb and Pinterest, which have helped it see a $1.2 billion return since its founding in 2009.

Sequoia Capital, meanwhile, was able to return more than that on one investment, when WhatsApp was bought by Facebook for $16 billion in 2014.

The story "makes for great headlines but misses the 'mark' pun intended) on how venture capital performance actually works," he said.

"Marks," Kupor explained are "hypothetical returns," whereas the real value that VCs bring to LPS comes from "cash and stock that can be converted into cash." And, because marks are unrealized, there are different ways to measure them.

The firm counted three different ways a mark can be calculated. First is "last round valuation/ waterfall," in which value is measured by the last valuation the company raises, which is pretty simple. You own 10 percent of a company valued at $200 million, the return is $20 million.

The second method is "comparable company analysis," in which a firm values a return based on what a similar company has done on the public market. So, if a company in the same space is valued at 5x, it will value its investment the same way.

The third way to value a company is "option pricing model (OPM)," which is what Andreessen Horowitz uses, and which the firm admits "is the most complicated mathematically." So much so that it actually has to use a third-party software tool to calculate it.

"OPM uses Black-Scholes to value a portfolio company as a set of 'call options' whose 'strike prices' are the different valuation points at which employee options and preferred shares all convert into common stock," Kupor explained.

Depending on which of these methodologies a firm uses, Andreessen Horowitz argues, would offer a radically different return rate. Using OPM means a lower return on the same company another firm has invested in.

"Venture capital is a long game. Calling the outcome on funds that are less than 5 years old, where many of the portfolio companies haven’t even shipped their products, based on non-uniform, point-in-time valuation metrics, is like reporting the Superbowl winner based on the result of pre-season NFL games or even training camp scrimmages. At best, it’s off the mark," said Kupor.