Twitter wants to lure creators, and it's willing to pay

Twitter opens Amplify to all users, allowing them to take a percentage of pre-roll ad revenue 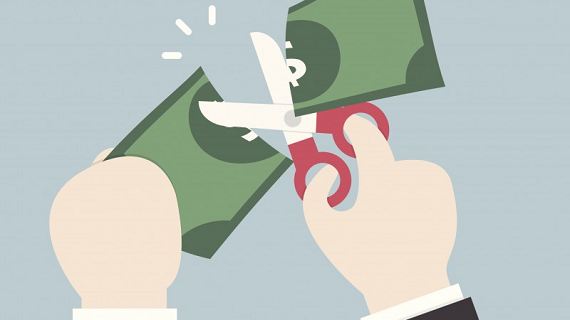 As its user stagnation has reached a point where some are saying it will need to sell itself if the problem can't be fixed, Twitter may have just figured out a way to do it: start paying its users to publish.

The company announced on Monday that it us expanding its Amplify Publish Program to allow "creators of all sizes" to make money off of their content, by allowing them to monetize their videos.

Basically, what it boils down to is that, if the creator checks a box before they Tweet, then pre-roll ads will run before their content. Twitter will then give a percentage of the revenue that's generated to the user.

While Twitter didn't say specifically what that split would look like, ReCode is reporting that it will be extremely favorable to the content creator, with Twitter giving 70 percent to the creator, while keeping just 30 percent for itself. That's a much better than the 55 percent that YouTube pays out to the creators on its platform.

One point that is definitely in the creator's favor: Twitter is allowing content to be opted-in for monetization non-exclusively. That means that the content doesn't only have to be posted to Twitter's platform; creators can also monetize the same content on other platforms.

Twitter did not specify any specific requirements for which videos will, and will not, be able to get access to the program, though it seems doubtful that just any video would be allowed to be monetized.

Creators will also be able to work with Niche, a provider of software, community and monetization services that Twitter acquired last year. That willl allow creators to work directly with brands to develop content.

And, finally, Twitter also unveiled a new Media Studio, which includes a new unified media library of bvideos, GIFs, and images, as well as new Tweet scheduling and planning capabilities. It also provides team management and multi-account support, as well as improvements in stability and upload performance.

While this move will likely help get users onto Twitter, especially those who have experience with monetizing content on other websites, it will also help the company compete in video, an area that has become one of Twitter's biggest bets over the last year and a half. That's particularly true when it comes to live video and Periscope, though this program doesn't apply to those.

In June, Twitter began to allow users to upload longer videos, growing from 30 seconds to 140 seconds, easier ways to find video on the platform and a new app to help video creators better understand, engage, and grow their audiences with real-time data and insights.

"Video is becoming increasingly central to the real-time conversations happening on Twitter – video Tweets on Twitter have increased by over 50% since the beginning of 2016. And we love watching all the timely, important, and funny video content people share every day," the company said at the time.

Besides YouTube, Twitter's main rival in video is Facebook, and that company has also toyed with the idea of revenue splitting, though it does not currently do so with all users.

VatorNews reached out to Twitter for more information. We will update this story if we learn more.