Two states, Arizona and Illinois, have already been hit, with data on 200k voters accessed 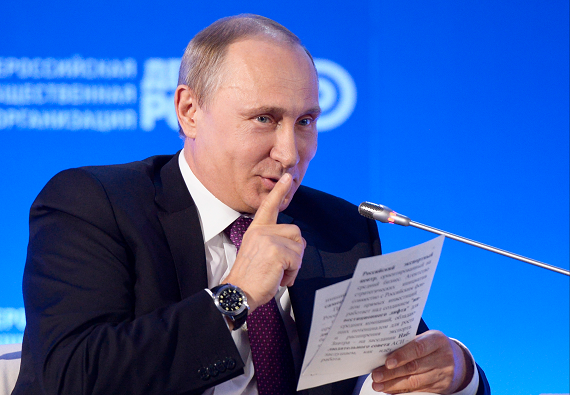 This election cycle, with the two least popular candidates of all time, is shaping up to be the worst, and most negative, campaign of my lifetime. It's getting so bad that I honestly wish they could just hold the election right now, so we could finally be done with it, one way or the other. It needs to end.

Sadly, we have another few months of this and, thanks to cybersecurity risks, it might be getting even worse,  even though I honestly didn't think that was possible.

The Federal Bureau of Investigations has released a bulletin, warning election officials around the country to beef up their own security as a result hackers having already infiltrated two state election databases in the last two months

"The FBI is requesting that states contact their Board of Elections and determine if any similar activity to their logs, both inbound and outbound, has been detected. Attempts should not be made to touch or ping the IP addresses directly," the bulletin states.

The hackings occurred in July and August. While the bulletin didn't say specifically which states were hit, Yahoo News, which first reported this news on Monday, quotes sources pointing to Arizona and Illinois as the targets.

Illinois was forced to shut down its voter registration system for 10 days, after hackers were able to download personal data on up to 200,000 state voters, Ken Menzel, general counsel for the state’s Board of Elections, told Yahoo. The attack on Arizona, meanwhile, wasn't as big, or as successful; even though malware was found in the system, no data was downloaded in that case.

There's the possibility that this breach is another case of hackers trying to steal identities, as they so often have in the past, but it could also be much more insidious than that. The perpetrators in these attacks are said to be "foreign hackers," and though no specific country is named, it's not hard to take a guess as to who might be responsible, and what the possible motive might be.

Earlier this year, the Democratic National Committee was infliltrated by Russian hackers, who accessed a database of opposition research on GOP presidential candidate Donald Trump, as well as a plethora of private e-mails. DNC e-mails have since been distributed on the Internet by WikiLeaks, though founder Julian Assange denies that he had any link to the Russian hackers.

There's also actual evidence pointing to the Russians: one of the IP addresses listed in the FBI alert has surfaced before in Russian criminal underground hacker forums, Rich Barger, chief intelligence officer for ThreatConnect, told Yahoo.

The FBI is also said to be looking at a “possible link” to the hacking of the DNC, though there has been no evidence yet that the two are connected.

This should be cause for concern, given that there have been rumbling for the last few months about the Russian government potentially looking to disrupt the U.S. Presidential election, nominally to help Donald Trump, who has stated his personal admiration for Russian President Vladamir Putin numerous times in the past.

The federal government is taking the possibility of hackers extremely seriously, as well it should.

The bulletin was posted only three days after Homeland Security Secretary Jeh Johnson held a conference call with state election officials on August 15, in which he offered help to to make state voting systems more secure, including providing federal cybersecurity experts to scan for vulnerabilities.

The endless negativity from Trump and Clinton are already doing enough to undermine a lot of faith in the system. The last thing we need is for a foreign government, be it Russia or any other country, to come in and rob it of whatever little legitimacy it has left.