Instagram was spun out of check-in app Burbn; the app had 100k users in a week, and 1M in two months 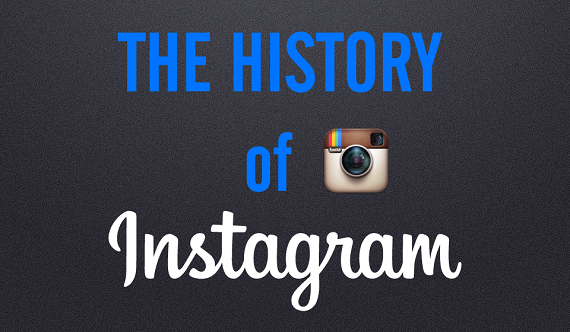 Initial company description: “Most photo sharing sites are closed friend models. We’ve chosen as a product design decision to make it an open network where you can follow people. Why? We think there are plenty of closed networks for sharing with your closest friends, but none that really hammer on the openness and discovery aspect. We want people to connect through a world of images, not just with their best friends" - Kevin Systrom in October 2010

It is spun out of Burbn, an HTML5 mobile Web app that let users check in to locations, make future check-ins, earn points for hanging out with friends, and post pictures, which was founded in early 2010. The name came from Systrom's love of Kentucky whiskey.

Krieger was Burbn's first employee; he had met Systrom while they both attended Stanford. Both were in the Mayfield Fellows program, in which students learn entrepreneurship.

Burnb had raised a $500,000 seed round from Baseline Ventures and Andreessen Horowitz only two weeks after being founded, but Systrom and Kreiger were unhappy with the product and decided to redesign the app. They wound up ditching almost all of its features, except for photo-sharing.

"We decided that if we were going to build a company, we wanted to focus on being really good at one thing. We saw mobile photos as an awesome opportunity to try out some new ideas. We spent 1 week prototyping a version that focused solely on photos. It was pretty awful. So we went back to creating a native version of Burbn," Systrom wrote on Quora in 2011.

"We actually got an entire version of Burbn done as an iPhone app, but it felt cluttered, and overrun with features. It was really difficult to decide to start from scratch, but we went out on a limb, and basically cut everything in the Burbn app except for its photo, comment, and like capabilities. What remained was Instagram."

The company decided to rename the app "because we felt it better captured what you were doing -- an instant telegram of sorts. It also sounded camera-y," he said.

Traction - at three months: In October 2010, Instagram officially launches and grabs 100,000 users in its first week.

Product - at six months: In January 2011, Instagram introduces hashtags, in order to help users discover photographs and other users.

Press coverage - at eight months: Systrom is interviewed by O'Reilly Media at the Web 2.0 Expo in March of 2011.

"I think Instagram caught on because it appeals to the visual nature that people go after in their lives. Like, we love watching movies, we love reading magazines with beautiful photos in them, like National Geographic, or even People. And what I think Instagram did was it unlocked that in people's personal lives and made it easy to get to, at a moment's notice, in the palm of your hand," he said.

"That was something that hadn't been done before in the same way that we did it. And, honestly, I think that triggered excitement in a lot of people. I think, not only that, but we also made it really easy to take your photos and turn them into something interesting. We allowed you to filter your photos in an interesting way, and I think that that unlocked a creativity in some people that they have forgotten, or just rediscovered through Instagram."

Traction - at one year and one month: By August of 2011, Instagram users have shared more than 150 million photos, and are sharing with one another at a rate of 15 photos per second.

Traction - at one year and two months: In September, the company reaches 10 million users, doubling its users in three months.

Traction - at one year and four months: Instagram reaches 14 million users, and 50 photos uploaded per second, by December 2011.

Traction - at one year and nine months: In April 2011, Instagram launches on Android and surpasses one million downloads in a single day. More than 1 billion photos have been shared and nearly 100 comments are added every second. It is also adding 2,000 new users every minute,

Second funding - at one year and nine months: Instagram raises $50 million in a round led by Sequoia, along with Thrive Capital,Greylock and Benchmark at a $500 million valuation.

Acquisition - at one year and nine months: On April 9, 2012 Instagram is acquired by Facebook for $1 billion. The acquisition is still the seventh largest acquisition in social media history.

"When Mike and I started Instagram nearly two years ago, we set out to change and improve the way the world communicates and shares. We’ve had an amazing time watching Instagram grow into a vibrant community of people from all around the globe," Systrom wrote in a blog post.

"Every day that passes, we see more experiences being shared through Instagram in ways that we never thought possible. It’s because of our dedicated and talented team that we’ve gotten this far, and with the support and cross-pollination of ideas and talent at a place like Facebook, we hope to create an even more exciting future for Instagram and Facebook alike."

Traction - at one year and nine months: Following its acquisition, Instagram adds 10 million users in 10 days to reach 40 million.

Traction - at two years and seven months: In February 2013, Instagram reaches 100 million users, increasing by 20 percent in around six months.

Product - at two years and 10 months: In May 2013, Instagram introduces photo tagging and “Photos of You,” a tab on a user’s profile listing every picture the users is tagged in. 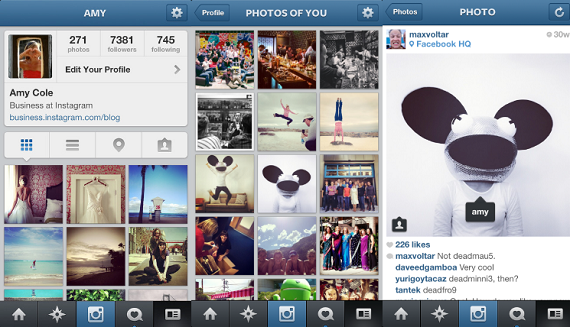 Product - at one year and 11 months: In June 2013, Instagram launches video sharing.

"Over the past two and a half years, Instagram has become a community where you can capture and share the world’s moments simply and beautifully. Some moments, however, need more than a static image to come to life. Until now these stories have been missing from Instagram," Systrom writes in a blog post.