With tens of thousands of downloads and hundreds of paying customers, ScreenMeet's on the up and up 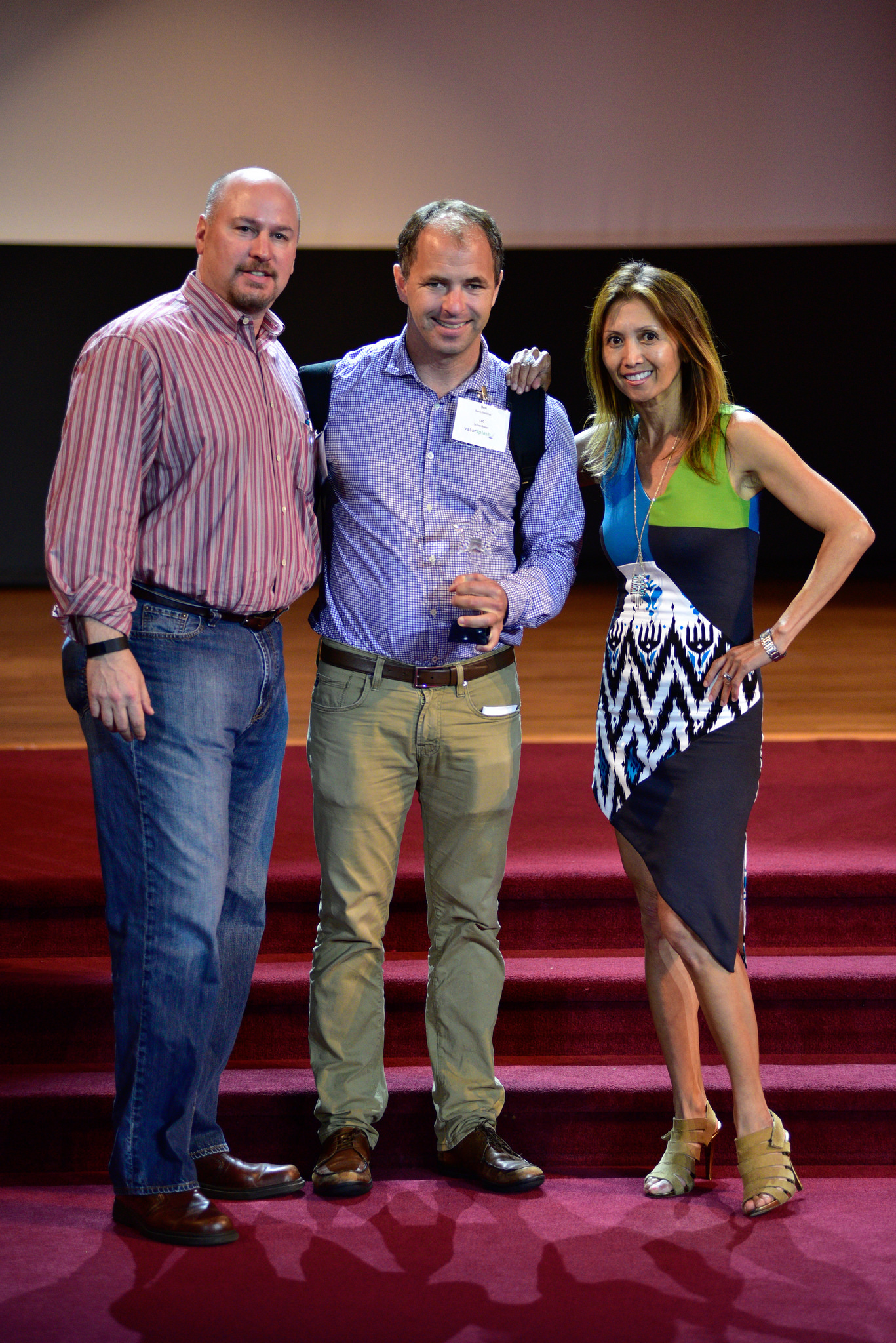 At Vator Splash Spring 2016 last month, we crowned two winners: the Judge’s Winner (selected by a panel of leading venture capitalists) and the People's Choice (voted on by members of the audience).

The Judge's winner was ScreenMeet.

As ScreenMeet CEO Ben Lilienthal explained to me over the phone, ScreenMeet pursued and achieved two innovations. First, it’s just easy to attend. Second, it lets you share your phone’s screen to someone else’s phone.

At Vator Splash, Lilienthal wowed the audience with a swift, seamless demo of the app where everyone was able to instantly see his phone’s screen just by typing in a URL. Truly, it just works.

Lilienthal calls ScreenMeet his "20-year overnight success." That’s because, though the company is 18 months old, he’s been working on similar problems for two decades.

While some classic entrepreneurial stories start with a decision to drop out of college, this one started with a pink slip.

“Since getting fired from my first job in 1996, I’ve avoided getting a real job by being an entrepreneur,” said Lilienthal. “Thank God the Internet got commercialized when I was graduating from college.”

“Very specifically, I thought of the Internet as a communications network. Other people have focused on it as a commerce platform. I think that’s because I grew up in northern Virginia, which really became a telecom hub in the late 1980s and early 1990s.”

Lilienthal made a career building next-generation communication companies. The first was called Nascent Technologies, with the original idea that you could access your email from a webpage.

“And then this thing called Hotmail launched,” said Lilienthal, “so we thought we had missed the Internet.”

Lilienthal and his company bootstrapped that company, which evolved to become software for people that wanted to compete with Hotmail. France Télécom (today known as Orange S.A.) licensed the software to give email to everyone in France

After he sold that company in 1999 at the age of 26, Lilienthal thought he was done. “Never wanted to see a computer again,” he said.

But then a couple years later he had another idea. Even though he assumed that all phone calls would eventually go online, Lilienthal said nobody was building software for conference calling over the Internet. So he went and built what he calls the first VoIP conference calling company, Vapps (short for “voice applications), which eventually sold to Citrix in 2008 for $26.6 million in cash. According to Lilienthal, the software he built at Vapps now provides the underlying infrastructure for GoToMeeting and GoToWebinar. 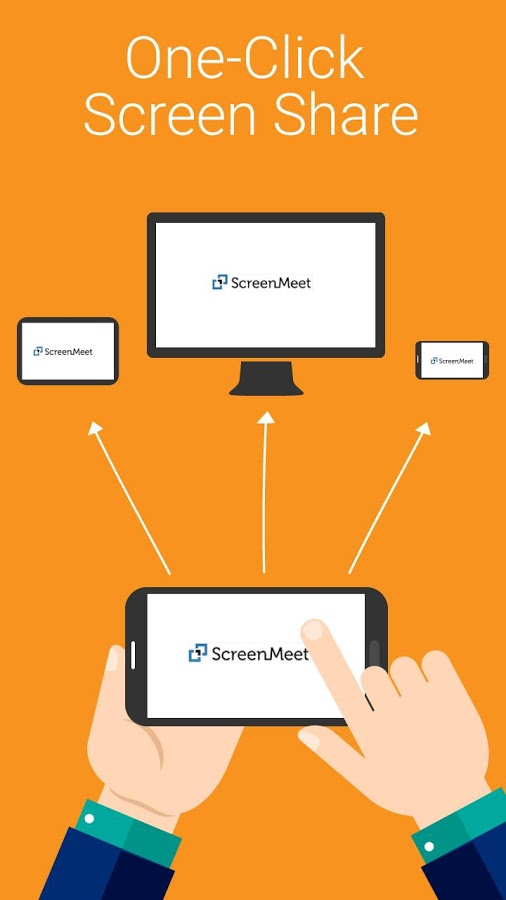 “ScreenMeet is an existing thing that people do on an old platform, and we’re bringing it to the next-generation platform. And we’re doing it in such a way that it just works.”

The Android app launched in December and, within a month, it was featured in the Play Store. The company launched its beta iOS app in April and plans to have version 1.0 ready by July. Today, the app has been downloaded tens of thousands of times and has hundreds of regular customers.

“And we haven’t even scratched the surface,” said Lilienthal. “We have this fantasy that this is going to be the next thing that every consumer does. And I still think three or five years from now, this will just come on every phone. This is a behavior we will all do.

Friends painting remotely together, math professors teaching classes, teenage kids showing each other photos, providing tech support to mom—there are limitless examples. Lilienthal even sees the possibility of ScreenMeet creating a category in the same way Twitch created a category around the idea of watching someone play video games. In ScreenMeet’s case, it could be watching someone go on Tinder, Facebook, or Snapchat.

For now, however, ScreenMeet is focused on the obvious audience: sales and marketing professionals who can use the app to replace face-to-face meetings. The big picture, according to Lilienthal, is that they’re selling to people who should be using WebEx and/or GoToMeeting but find those services simply too clunky or complex. ScreenMeet is simple and mobile-first, so it has the opportunity to unlock huge markets.

Security, revenue, and beyond

Security is built into ScreenMeet as a matter of course. When you share your screen, you can require that guests type in a custom password. Additionally, you can boot people if necessary.

“By being one of the senior executives at GoToMeeting, I believe I have unique insight into the market requirements,” said Lilienthal. “And we built a product that solves those requirements without being overly complex. Just enough features, not too many.”

“It’s like Goldilocks and the three bears. We’re the middle bear.”

Anyone interested in ScreenMeet can use it for a trial period, after which a subscription requirement kicks in (plans start at $20 per month). The company is also working on enterprise-level deals with Fortune 100 companies to offer the technology to bigger teams.

The company just launched its iOS app and has other features planned for the future.

This unbundling enables new opportunities and new use cases that were previously undiscovered.  Today, after 3 months of commerical availability, our mobile first business consists of direct sales customers (150+) who previously did NOT have a way of sharing their app remotely with their prospects.  Our desktop screen sharing business (50+ customers, 10 companies) is currently software companies that sell to SMB's and consumers.

Extrapolating from these trends, we believe there are huge markets that previously did not participate in web conferencing that will be customers of simple to use and simple to attend screen sharing.  This includes real estate agents, independent insurance agents, financial planners and lawyers. 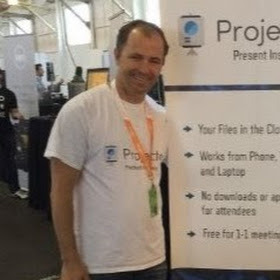 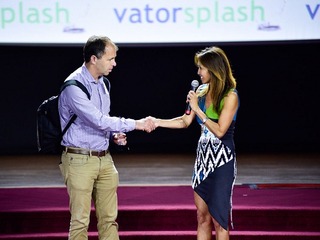 The winner of Splash Spring is... ScreenMeet! 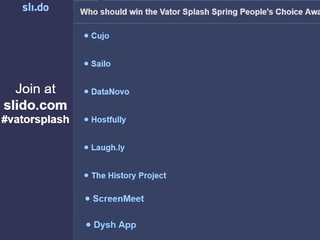