Not only do the different candidates have varying views, but numerous states are voting as well 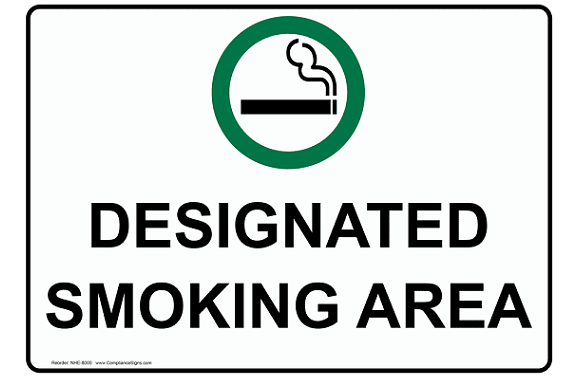 Vator is always looking for the smoking-hot sectors.

So what better industry to focus on than the weed-like weed business? It's a space that is expected to be as big as the $100 billion tobacco industry by 2029, according to the U.S. Cannabis Investment Report 2016 from Ackrell Capital.

With the market for legalized recreational and medicinal marijuana standing at $4.4 billion in 2015, there's a ton of potential in this emerging market, that investors and startups will be deep in the weeds trying to make sense of it all. [Sorry. Idioms are tempting with this topic.]

Given this political year, we want to point out that it's impossible to talk about the marijuana industry without putting it into political terms. It's been a contentious issue, one that has divided the parties (though wasn't isn't these days, if we're being honest). We have three candidates left who might be our next President: Hillary Clinton, Bernie Sanders and Donald Trump.

Both Clinton and Trump have a similar stance on the issue: against recreational use, and for medicinal use on a state by state basis.

Only Sander is for full legalization for both recreational and medicinal use.

Here is what each of the three top candidates has said about the issue: 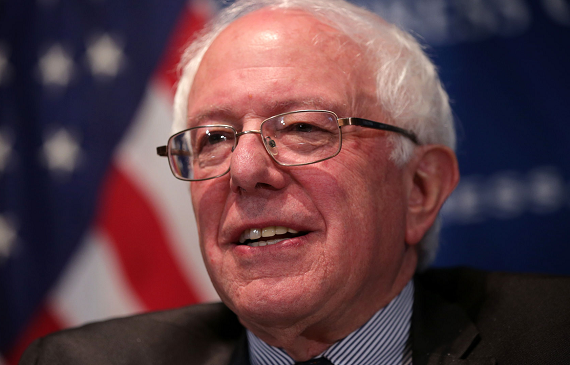 On his website, under the category if "Racial Justice," Sanders mentions marijuana laws multiple times, and how he believe they are unfair in terms of how we treat those who break those laws, as compared to other criminal behavior. He frames it as a civil rights issue, as he often does when speaking on issues.

"It is an obscenity that we stigmatize so many young Americans with a criminal record for smoking marijuana, but not one major Wall Street executive has been prosecuted for causing the near collapse of our entire economy. This must change," it says.

His listed proposals are:

He  made his feelings about our current laws clear in a Reddit AMA in May of last year.

"Let me just say this -- the state of Vermont voted to decriminalize the possession of small amounts of marijuana and I support that. I have supported the use of medical marijuana. And when I was mayor of Burlington, in a city with a large population, I can tell you very few people were arrested for smoking marijuana. Our police had more important things to do," he said.

"Colorado has led the effort toward legalizing marijuana and I'm going to watch very closely to see the pluses and minuses of what they have done."

Sanders also has called for an end to federal prohibition on marijuana. 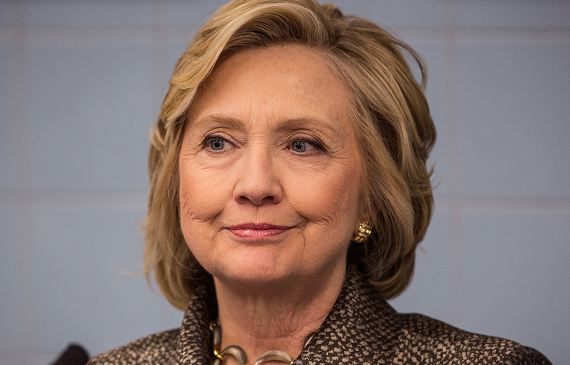 Clinton too mentions marijuana on her website, under the issue of "Criminal Justice Reform." She too paints it in terms of civil rights.

"Marijuana arrests, including for simple possession, account for a huge number of drug arrests. Further, significant racial disparities exist in marijuana enforcement, with black men significantly more likely to be arrested for marijuana possession than their white counterparts, even though usage rates are similar," it says.

Her positions on the issue are outlined thusly:

However when it comes to any type of legalization for recreational use, Clinton is still not for it, taking a "wait and see" approach.

During a debate in October of last year, Clinton got this question: "When asked about legalizing recreational marijuana, you said let's wait and see how it plays out in Colorado and Washington. It's been more than a year since you've said that. Are you ready to take a position tonight?"

"I think that we have the opportunity through the states that are pursuing recreational marijuana to find out a lot more than we know today. I do support the use of medical marijuana, and I think even there we need to do a lot more research so that we know exactly how we're going to help people for whom medical marijuana provides relief," she said.

"So, I think we're just at the beginning, but I agree completely with the idea that we have got to stop imprisoning people who use marijuana. Therefore, we need more states, cities, and the federal government to begin to address this so that we don't have this terrible result of a huge population in our prisons for nonviolent, low-level offenses that are primarily due to marijuana." 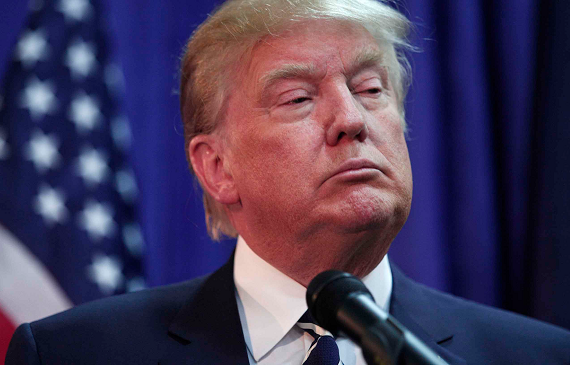 Trump has come out in favor of medical marijuana, but when it comes to legalization he is the further of any of the candidates from being comfortable with that.

"In terms of marijuana and legalization, I think that should be a state issue, state-by-state. Marijuana is such a big thing. I think medical should. And then I really believe we should leave it up to the states. And of course you have Colorado. There's a question as to how it's all working out there, you know? That's not going exactly trouble-free," he said in October.

He has changed his stance on legalization. All the way back in 1990, he told the Sarasota Herald-Tribune, "We're losing the war on drugs. You have to legalize drugs to win that war. You have to take the profit away from these drug czars."

When asked by Martha Raddatz on ABC This Week in November of last year, though, she noted that his stance had changed and asked him why. 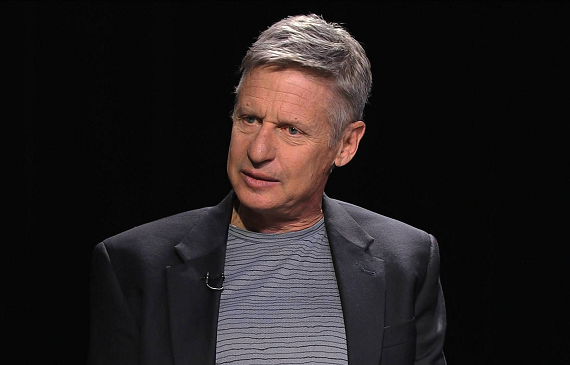 You might not know Johnson, but he's the former Governor of New Mexico, and he's vying to be the candidate of the Libertarian Party, so you can guess how he feels about people smoking pot (hint: he's all for it).

"How is it that the United States, the land of the free, has one of the highest incarceration rates in the world?" it says on his official website, under "Criminal Justice Reform."

"The answer is simple: Over time, the politicians have 'criminalized' far too many aspects of people’s personal lives. The failed War on Drugs is, of course, the greatest example. Well over 100 million Americans have, at one time or another, used marijuana. Yet, today, simple possession and use of marijuana remains a crime — despite the fact that a majority of Americans now favor its legalization."

"I've always viewed the legalization of marijuana as making the world a better place," Johnson told CBS News in an interview earlier this week.

He even went so far as to say that "legalizing marijuana will lead to less overall substance abuse because people are going to find it a safer alternative than everything else out there, starting with alcohol."

So, basically, if smoking marijuana is your issue, this is the candidate for you, hands down.

This election might have major consequences for the future of the marijuana industry in this country and around the world, John Kagia, Executive Vice Presidnt of Industry Analytics at New Frontier, a data collection and industry-reporting firm in the cannabis industry, told me. And it doesn't have to do with which candidate becomes President.

"There are potentially a dozen states that can change their laws in 2016," he said.

While two states, Pennsylvania and Ohio, recently enacted new medical marijuana laws, the others would deal with recreational use, including in California, Arizona, Massachusetts and Maine. One state in particular, though, could have a far reaching effect: Nevada.

"Nevada could reshape the way both Americans, and the world, think about legal cannabis and what it means for communities," Kagia said.

"It's enormously important because of tourism. In the most recent projections, Nevada had more than 40 million tourists a year, and that number will grow to 45 within the next few years. Many of those visitors who go to Nevada, that will be the first place they experience legal cannabis. I don't think their role can be overstated."

Considering that Las Vegas, in particular, is known for catering to so many vices, it's not hard to see marijuana easily becoming another part of that.

"Especially if the market is well structured, if Nevada does legal cannabis with the same emphasis on the consumer experience, and really making great experiences, if they have well designed stores for people to go consume it, and high delivery services, and I every expectation they will, then it's likely that those who choose to participate will have a postiive experience and will shape the general perspective."